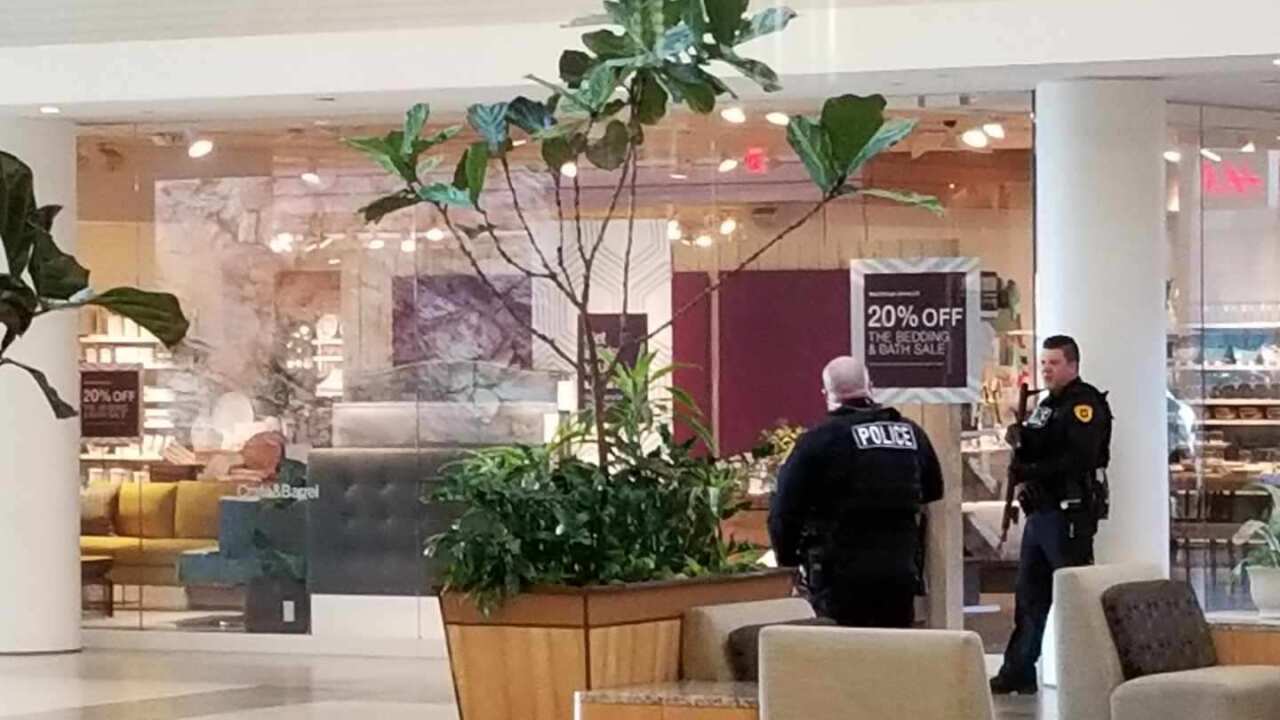 MURRAY, Utah — A member of the Utah State Legislature who was at Fashion Place Mall Sunday when a shooting took place praised law enforcement officials for their quick response but said the mall could have done a better job of responding to the incident.

Two people are injured, and three suspects are outstanding following the shooting. Murray police said the shooting was “possibly gang-related.”

Rep. Carol Spackman Moss, D-Holladay, said she was at the mall at the time of the shooting. She told Fox 13 in an interview that she thought law enforcement reaction was “fabulous.”

“I know the Murray Police Department is so good,” Moss said. “As I drove around the mall I saw South Salt Lake Police, I saw others from other areas.  I think Murray Police are wonderful and they’re close by, so they probably got there very quickly.”

Moss went on to say that Fashion Place Mall may not have responded well to the incident, informing mall-goers of what was taking place.

“I am concerned that response was not what should have happened,” Moss said. “There should have been a different kind of alarm system.”

Moss stated that members of the public who were in the mall at the time of the shooting did not recognize the alarm as something that was urgent.

“There should have been a different kind of alert system and I understand they don’t want to panic people and say ‘shooter involved,'” Moss said. “If there’d even been, say store managers, [going] out in the mall or security guards walking along saying, ‘folks evacuate,’ because it wasn’t taken seriously, see we didn’t hear gunshots.”

“First and foremost, we are grateful for our security and partnership with the Murray Police department. We have a robust security program in place and we continuously review and evaluate our protocols. While we never publicly disclose our procedures, we’d like to clarify some details from yesterday’s incident. An unrelated fire alarm went off in our food court seconds before the incident occurred at the entrance of our shopping center.  A public message clearing the fire alarm in our food court was issued. Shortly thereafter there was a second public message instructing guests and tenants to evacuate or take shelter. We recognize this created confusion and was truly an unfortunate coincidence. We are listening to feedback from our community and are assessing our procedures.”