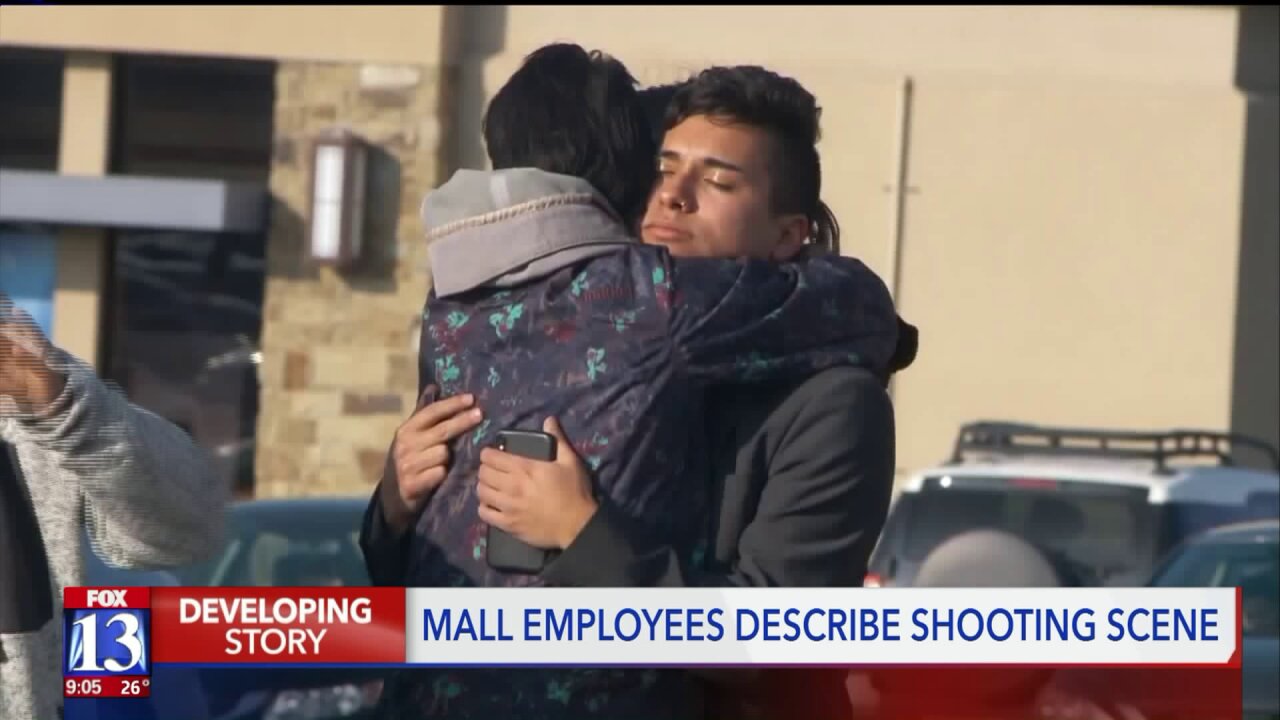 MURRAY, Utah — Fashion Place Mall employees described the moments after shots were fired just outside of the mall on a busy Sunday afternoon.

Some employees inside the mall were rushing to get out, others were forced to stay in unsure of what was happening.

“They [fire alarms] went off and we thought, oh it’s just a drill,” said mall employee Abbigail Loveridge. "Then people started running and I heard gunshots."

Loveridge and her coworker, Casey, said the scene inside was chaotic.

“You can just see little kids being trampled by adults because everyone is just running for their lives,” said Casey.

It was something they never dreamed would happen to them.

“It’s one thing to know about it and know it’s happening, but it’s another thing to actually be in it,” said Casey.

”I mean I think that’s what it is, we have drills and precautions that we are supposed to do but the first thing that went through our head was f——— run,” Loveridge chimed in.

Sam and Katie, other mall employees, were also in the midst of the madness.

“People were screaming and running and right after that another alarm went off that we had never heard before that said 'evacuate or seek shelter,’” Sam Stapley said.

They were among other mall employees who were left to hunker down in the mall.

“We took everyone in the office and locked ourselves in there,” Stapley said. “It was kind of traumatic, we all called our families."

They said they didn’t hear the shots and didn’t know what was going on until they looked online and saw what they believed to be an active shooter situation.

“It was kind of a retail worker's worst nightmare… working at the mall and there being an active shooter,” Stapley said.

Many of the employees were left shaken.

“Of course it’s in the back of my mind now, there’s always going to be a shooting that can happen and that’s so messed up,” Loveridge said.

But these ladies, are thankful.

“By the grace of God man, we’re all safe,” Loveridge shook her head.