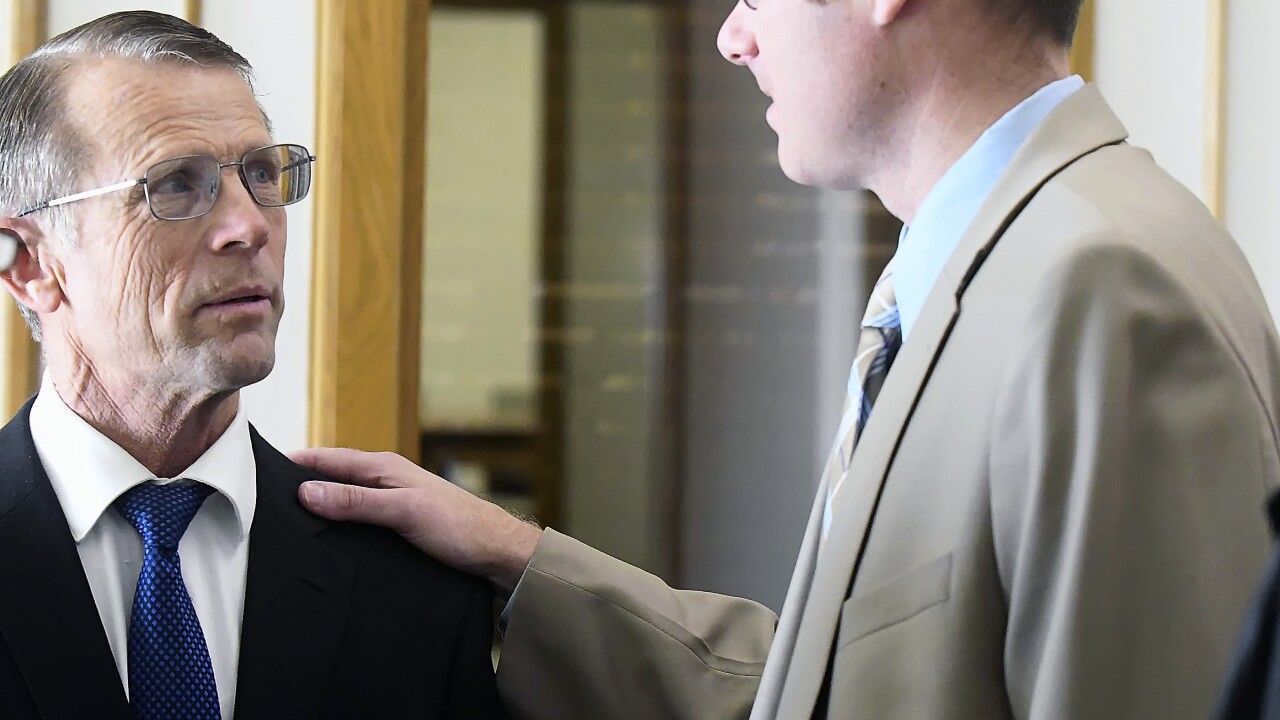 Robert Crosland talks to his attorney Shane Reichert during a break in jury selection in Crosland’s misdemeanor animal cruelty case, Thursday, Jan. 3, 2019, in Preston, Idaho. Crosland is on trial for allegedly feeding a live puppy to a snapping turtle in front of students at Preston Junior High School in March 2018. Courtesy The Herald Journal.

PRESTON, Idaho — Court reconvened Thursday for an extensive jury selection process for a teacher accused of feeding a sick puppy to a snapping turtle in front of students.

Robert Crosland, a teacher at Preston Junior High School, is charged with a misdemeanor for animal cruelty, facing up to six months in jail and a $5,000 fine.

The Franklin County courtroom was full of about 64 people, all potential jurors for Crosland’s case.

Defense Attorney Shane Reichert said the turn out for a misdemeanor case was abnormal.

“I would say I was surprised,” said Reichert. “The fact of the matter is this is a small community and people are well aware of the incident.”

When Crosland appeared in court in July, he pleaded not guilty, and that's what Reichert said he hopes to prove to the court on Friday.

"Regardless of the outcome of this case, I’ve gotten to know him very well and nothing will change my opinion of him,” Reichert said. “He is an upstanding individual and has done more for this community than most individuals will ever know.”

Editor's note: A previous version of this article incorrectly stated Reichert pleaded guilty in July rather than not guilty.