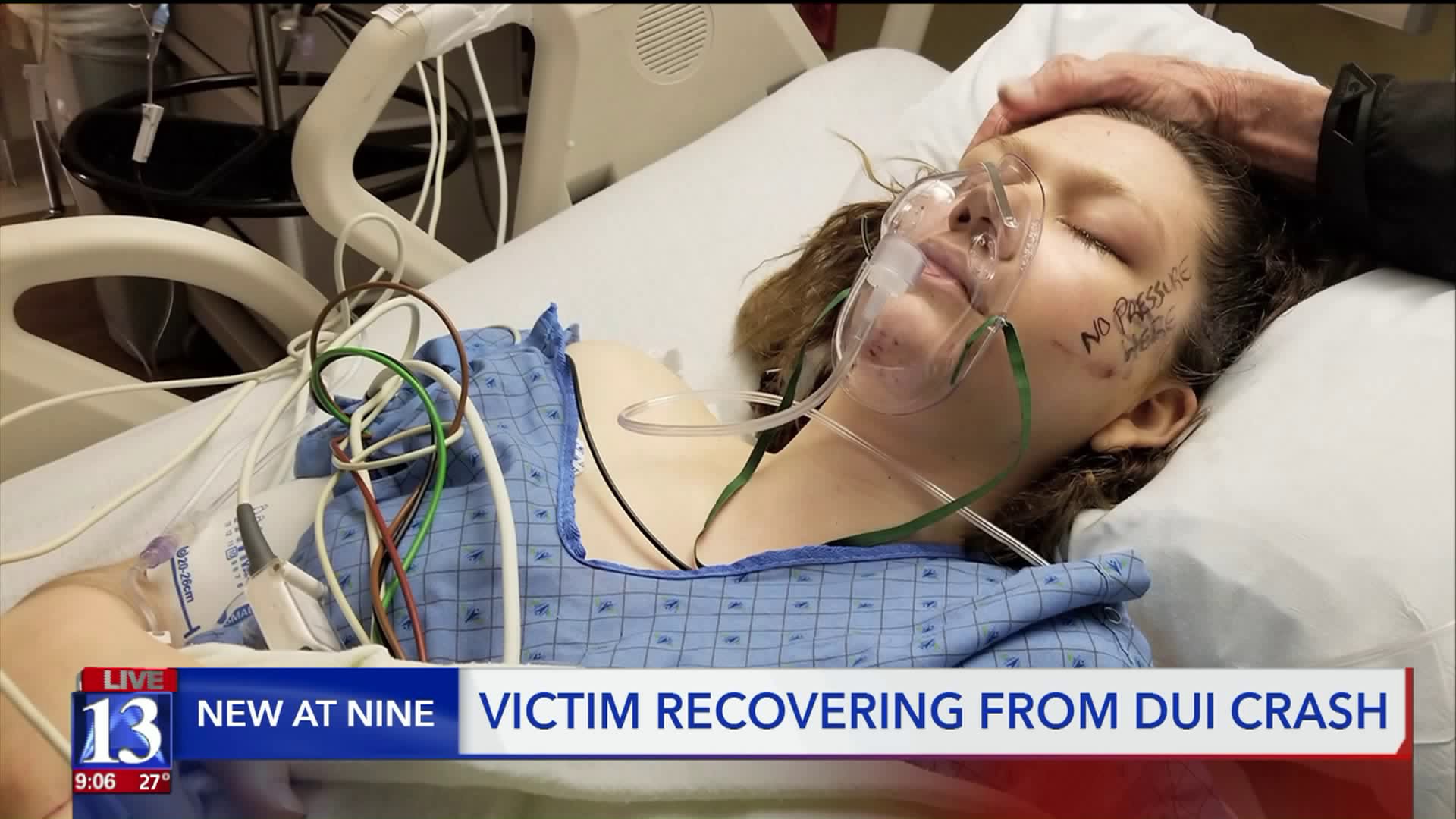 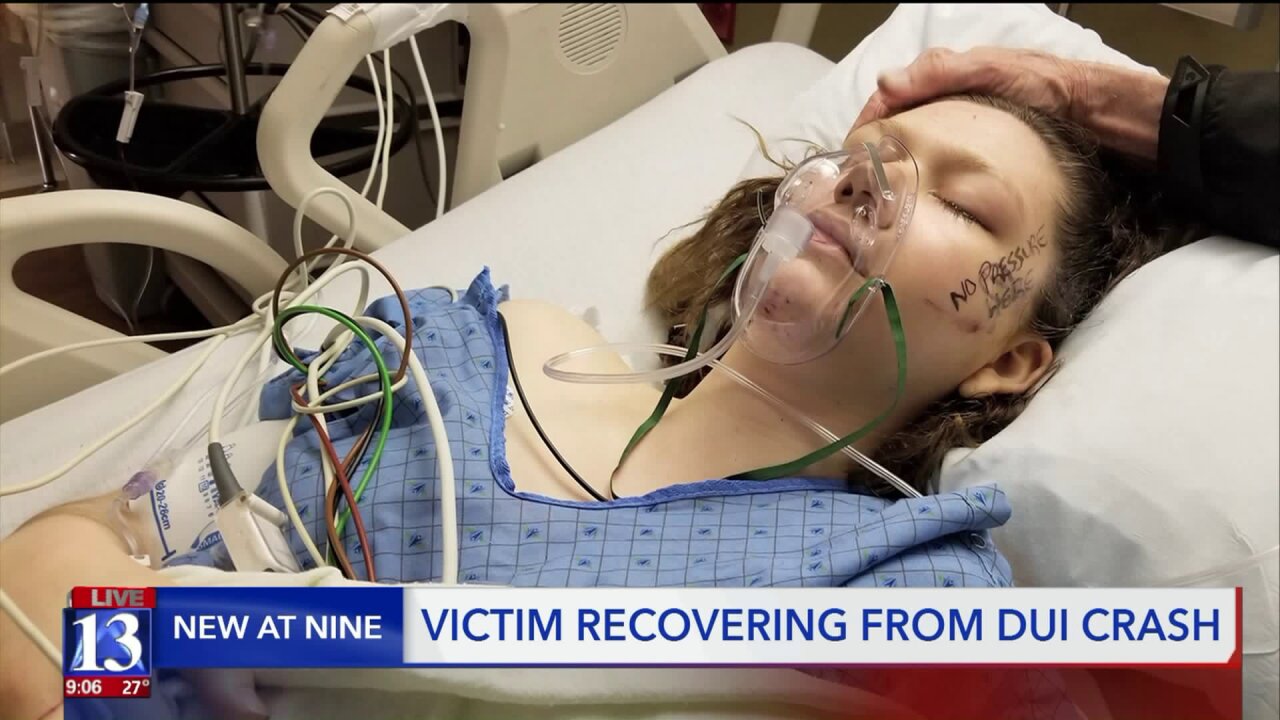 DRAPER, Utah -- Just one day after their daughter was nearly killed by a wrong-way driver who was under the influence, a family is sharing their story in the hopes of reminding people of what can happen when others choose to drink and drive.

“I told her I love her and drive safe,” said Anita Wilson. “Not even three, four minutes later I get a call from a man who said that Sonya was in a serious accident."

Anita’ daughter, Sonya, had just left their house to spend the night at a friend’s house before attending church the next morning. The 19-year-old made it to 11400 South and 800 West in Draper when her life changed forever.

“I could hear the sirens and the ambulance because it was less than a mile from our house. It was that close,” Anita said.

Sonya had been hit head-on by a wrong way driver.

“She only saw the lights and then screamed… and that was it,” Anita said.

“Femurs, there’s three breaks in one, two breaks in another, one was a compound fracture,” Anita said. “The kneecap, the collarbone, pelvis is cracked.”

Meanwhile, the woman who hit her, 30-year-old Bobbi Leigh Phillips came away with just minor injuries; she was arrested for DUI causing serious injury, possession of marijuana and driving on the wrong side of the road.

The crash, happened just one hour after the state’s new .05 DUI law went into effect.

“Whether this law would have made a difference or not? I think it would make people more aware of more strict limitations on what they should and should not be doing,” said Anita.

“She [Sonya] felt comfortable getting the message out and letting people know that this is not okay," Anita said.

Despite the circumstance, their family is staying strong.

“You pray that you never get a phone call like this. We’re grateful that she is not dead.”

There is a GoFundMe page set up for Sonya, it can be found HERE.