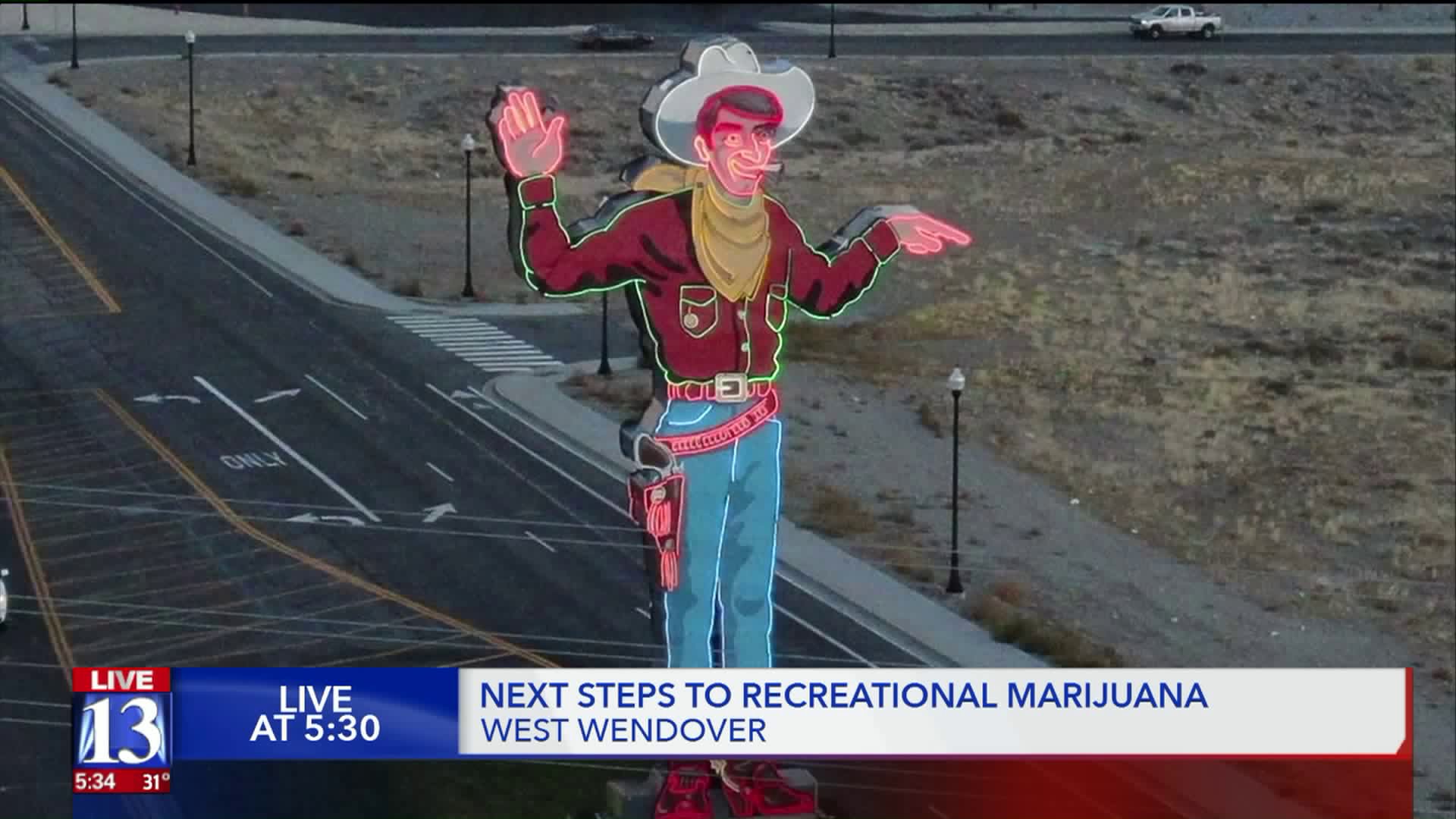 FOX 13 was there in November for a critical vote where the council decided to allow for recreational sales in the casino border town. In a meeting last week, the West Wendover City Council voted 3-2 to finalize the ordinance, allowing it to go into effect.

"For Wendover, I don't feel it's the right moment," he said.

"The city of West Wendover did not legalize marijuana," she said. "The state of Nevada did. As a community, we have an obligation to decide how our citizens are going to acquire their marijuana. Are they going to grow their own and not have it regulated? Or are we going to get rid of grow operations and make sure it's regulated in a store?"

"I appreciate everyone's exuberance in feeling they're going to save mankind by passing this, but I do not approve of recreational at this time," he said.

An artist rendering of the marijuana dispensary to be built in West Wendover, Nev. (image via West Wendover City Council)

At the same meeting, the council voted to approve a conditional use permit for Deep Roots Harvest to begin construction on a cannabis dispensary in an industrial park. The company, which operates a dispensary in Mesquite, Nev., has told FOX 13 it plans to begin sales in West Wendover in summer 2019.

Nevada voters approved recreational sales in 2016 and it has made the state a lot of money. In its first year, Nevada sold more than a half-billion in pot.

West Wendover Mayor Daniel Corona has supported recreational sales, arguing that it would add jobs and visitors to the community. West Wendover, a 90-minute drive from Salt Lake City, has a population about 5,000 on weekdays and as many as 20,000 on weekends (largely Utahns who visit to gamble, take in a concert or visit discount liquor stores).

The city plans to remind visitors that it is illegal to transport marijuana across state lines. It is also prohibited in casinos and consumption in public is also illegal.