Salt Lake City is No. 2 in the nation for holiday porch pirates 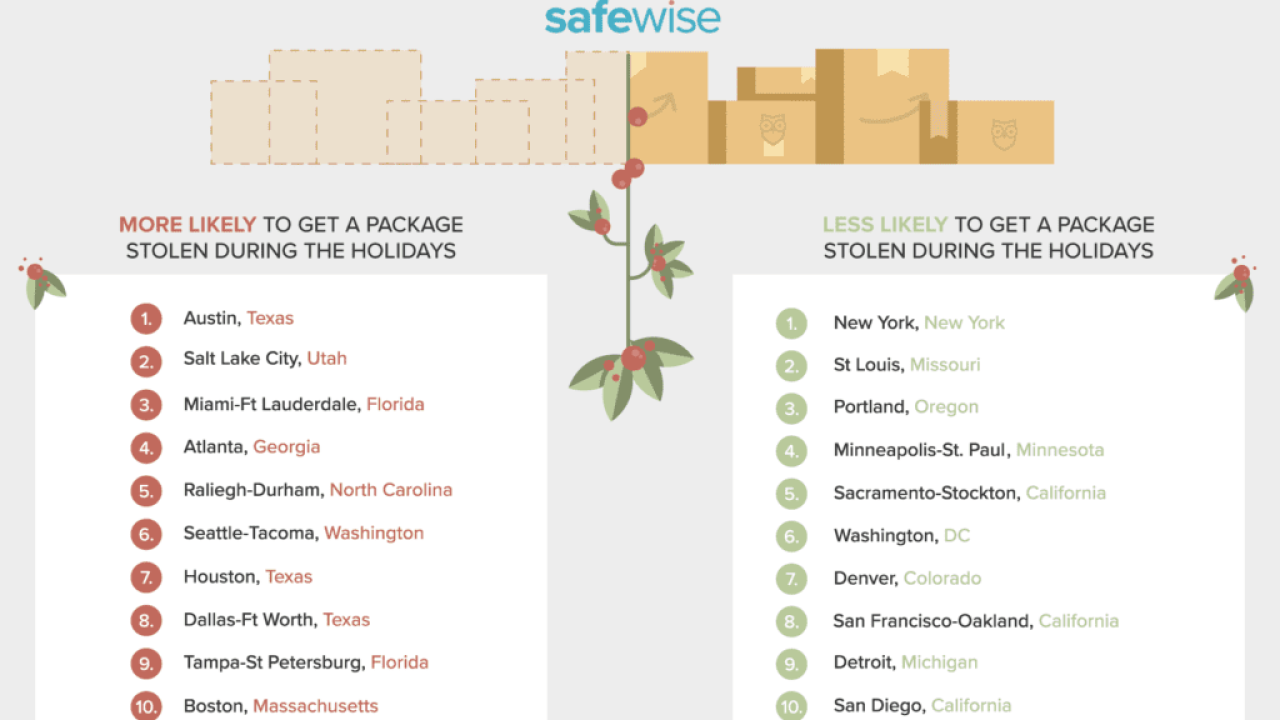 SALT LAKE CITY — No, you’re not paranoid — during the holiday season, Salt Lake City is the No. 2 place in the country where porch pirates are most likely to strike.

A review company called SafeWise analyzed 2017 FBI larceny data in metro areas across the U.S. and compared it to Google Trends data in those areas with the highest search for “missing package” and “stolen package.”

According to their findings, Salt Lake City is one of the worst places in the country when it comes to package safety. Only Austin, Texas ranks worse at No. 1.

And it doesn’t get much better after the holidays are over. Year-round, SafeWise found that Salt Lake City still ranks in the top 10 worst places for package theft, coming in at No. 8.

Package theft occurs at a higher rate in southern states; Salt Lake City and Seattle-Tacoma, Washington, are the only western states with the distinction of being in the top 10.

The best ways to prevent porch theft, according to SafeWise, include using package delivery tracking, adding insurance and requiring a signature for delivery, using a package locker such as a P.O. Box, installing security cameras or a doorbell camera, sending your package to your workplace or picking it up in person.

If a package is stolen, SafeWise also has a few suggestions: contact the carrier and the retailer, file a report with insurance, police, the carrier, etc., alert your credit card company, check your video footage, and check your neighbor’s video footage.

Check out more of SafeWise’s findings on porch theft here.