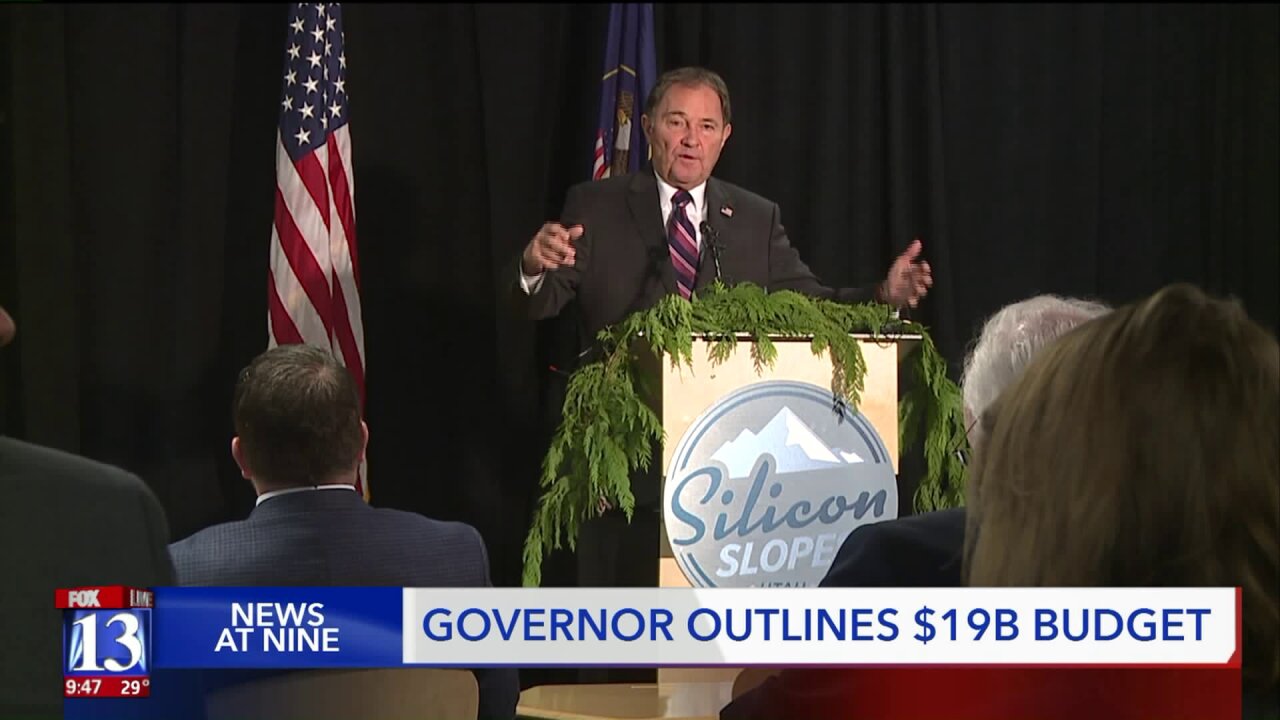 “Budgets tend to be just a bunch of abstract numbers,” Herbert said. “But budgets are very important because they do illustrate where our priorities are.”

Herbert’s budget priorities showed through as he designated $100 million to air quality and $116 million for mental health counseling.

“We’ve done some good things, but we’re not where we need to be to have thriving communities and a successful quality of life,” Herbert said.

“These kinds of funds could be used to move some of our dirtier cars off the road,” Carter said. “You’ve been wanting to switch out your water heater, but you didn’t think you had the funds to do it, or it wasn’t the right time? Let’s do it now, here’s money, we’re going to help you out.”

But that’s not the only good news announced by the governor. He also proposed a $200 million tax cut for families in need.

“Everybody will pay less taxes,” Herbert said. “You might pay more over here, but you’ll pay much less over here, and so the net result will be $200 million back to the taxpayer.”

When Herbert announced allocating $116 million dollars of his budget for mental health counseling, it was a somber moment as he reflected on the need within the state — especially within schools, with the recent student suicide at BYU.

“Certainly within our schools, as we saw tragically here at Brigham Young University, is an area where we need to do some more work, train some psychiatrists and help with some of these mental health issues,” Herbert said.

The governor’s budget recommendations will be voted on during the next legislative session.