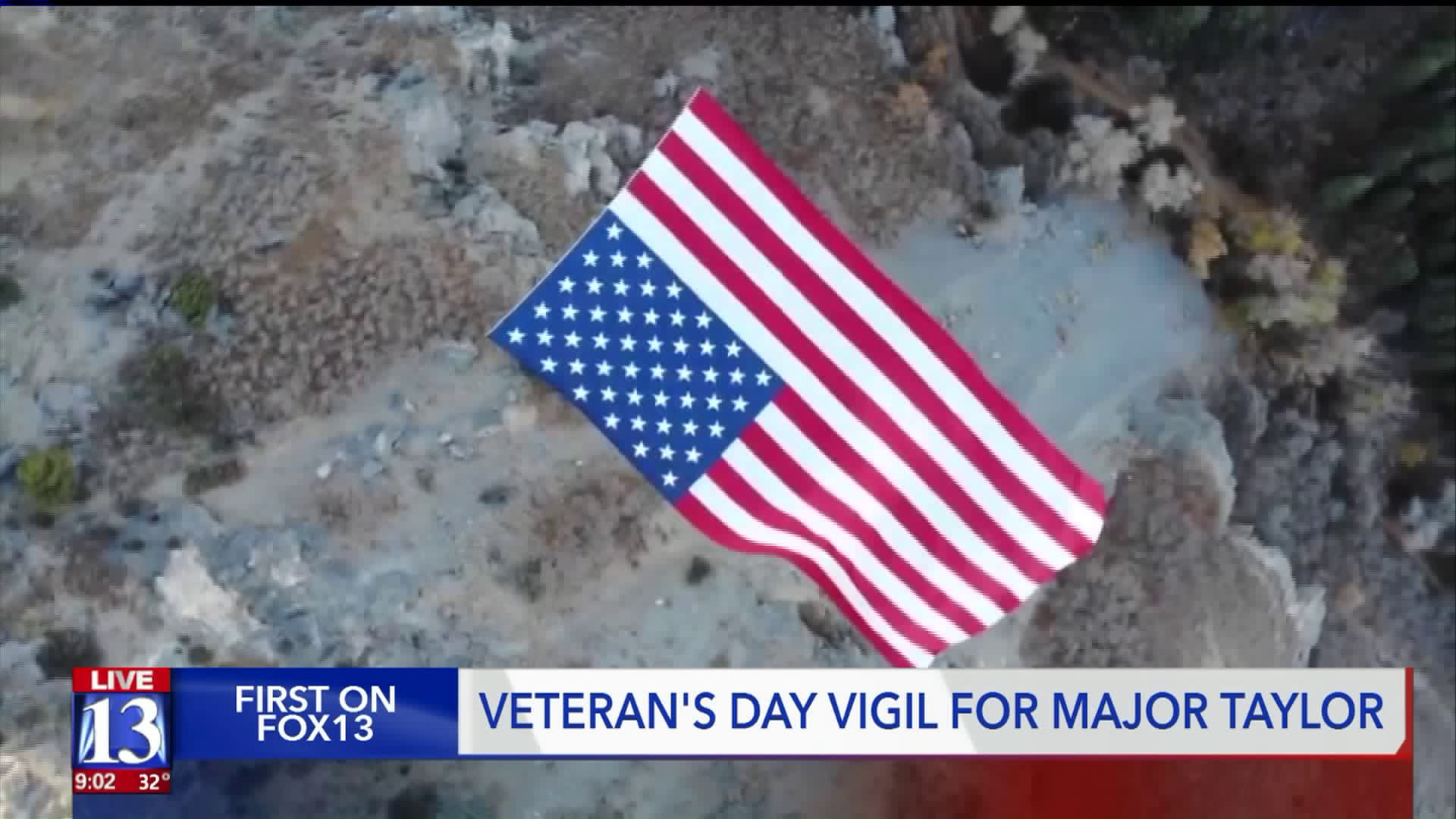 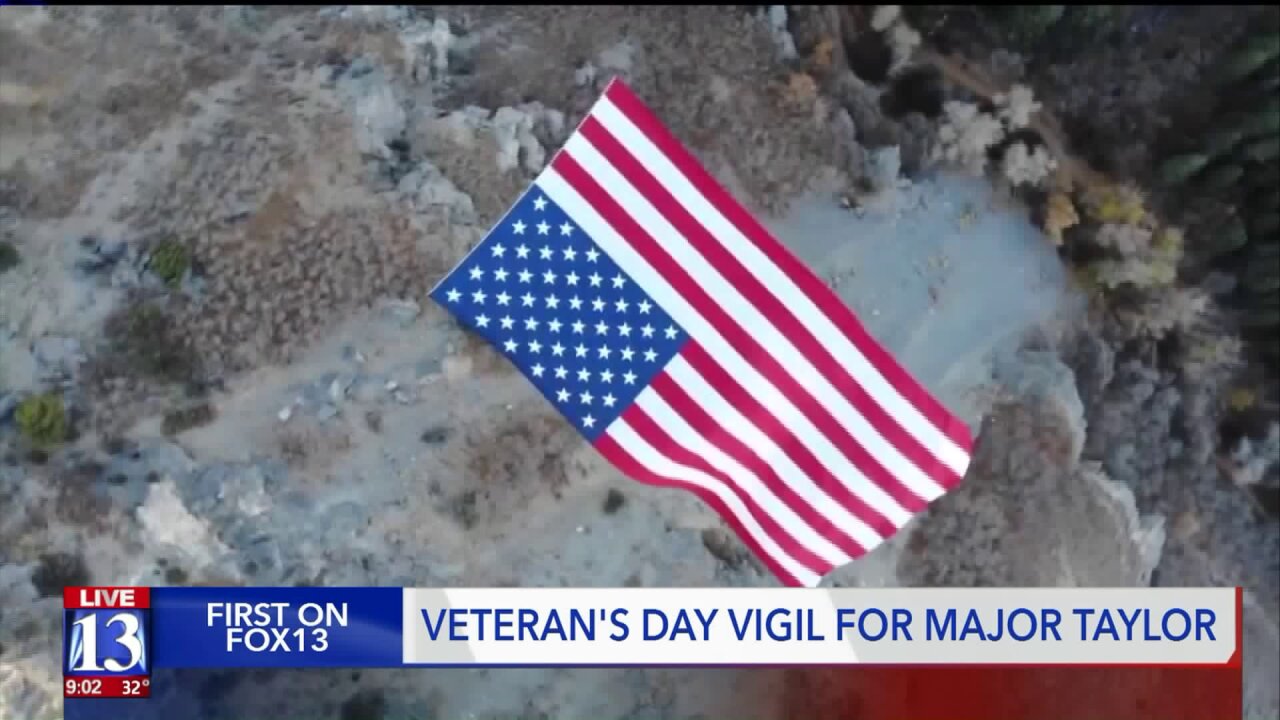 NORTH OGDEN, Utah -- As the nation recognizes our veterans nationally, a large group of North Ogden residents decided to recognize them and one of their own, Maj. Brent Taylor, in a very big way.

a 400-pound American flag was flown over the city of North Ogden and residents said it represents the love, respect they have for former Mayor, father Brent Taylor, who was killed in Afghanistan.

There were 125 volunteers that hiked over a mile up a local canyon trail while carrying that flag. Kirk Chugg is one of those volunteers and was also a friend of Taylor’s before he passed.

Chugg said he’s proud of all of the volunteers who made the hike and were able to help put that flag up. Wife of Major Taylor, Jenny, also took a liking to the flag during a Veterans Day vigil Sunday night. She said it made her feel comfort in seeing it, even after everything that’s happened.

“To see that banner flying is something of a deep on honor and just a remembrance of this wonderful land that we live in. It’s also quite a humbling reminder that unfortunately, our family is not the first to go through this,” Jenny Taylor said.

Jenny and her seven kids were left behind and are now struggling from the loss of their father and husband. But after the hundreds of people that helped put that flag up and came to honor her husband and veterans at the vigil Sunday night, she no longer feels alone in all this.

“I keep thinking there’s not room enough to receive it. My heart is full, my home is full, our lives feel so full of so much support. I hope someday that some of those who were on the hike, come sit down in a more quiet moment and share experiences with us of what it was to take that flag up,” Jenny Taylor said.