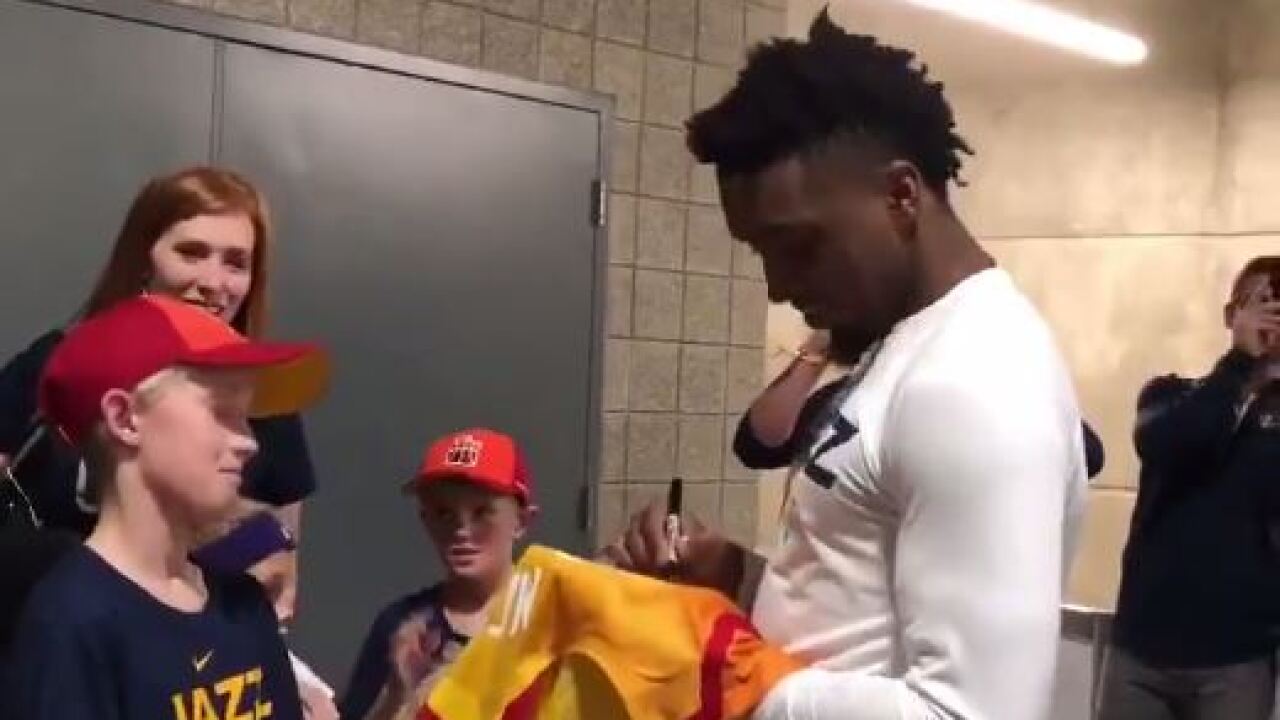 Taylor was killed in Afghanistan in early November during an apparent "insider attack," in Kabul, and the nation mourned his death and celebrated him as a hero, a community leader and a father.

Mitchell appeared in a video posted by the NBA signing a jersey and a hat, and chatting with Taylor's children and wife:

Community members in Utah celebrated Mitchell for taking the time to honor Taylor and his family.

"This is what a role model is supposed to look like," tweeted Sgt. Spencer Cannon with the Utah County Sheriff's Office. "Genuinely engaging with a family whose hearts have been broken!"