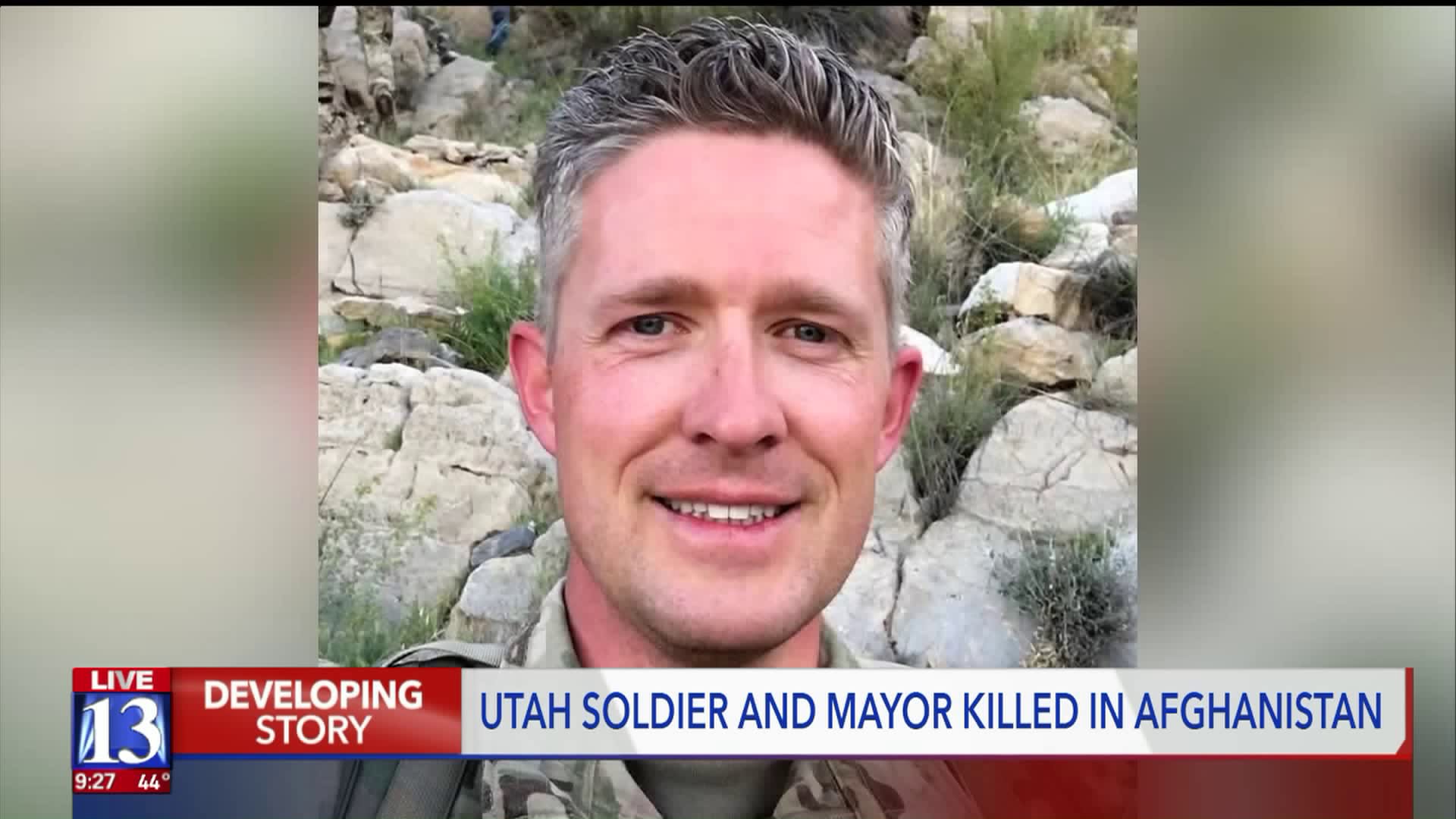 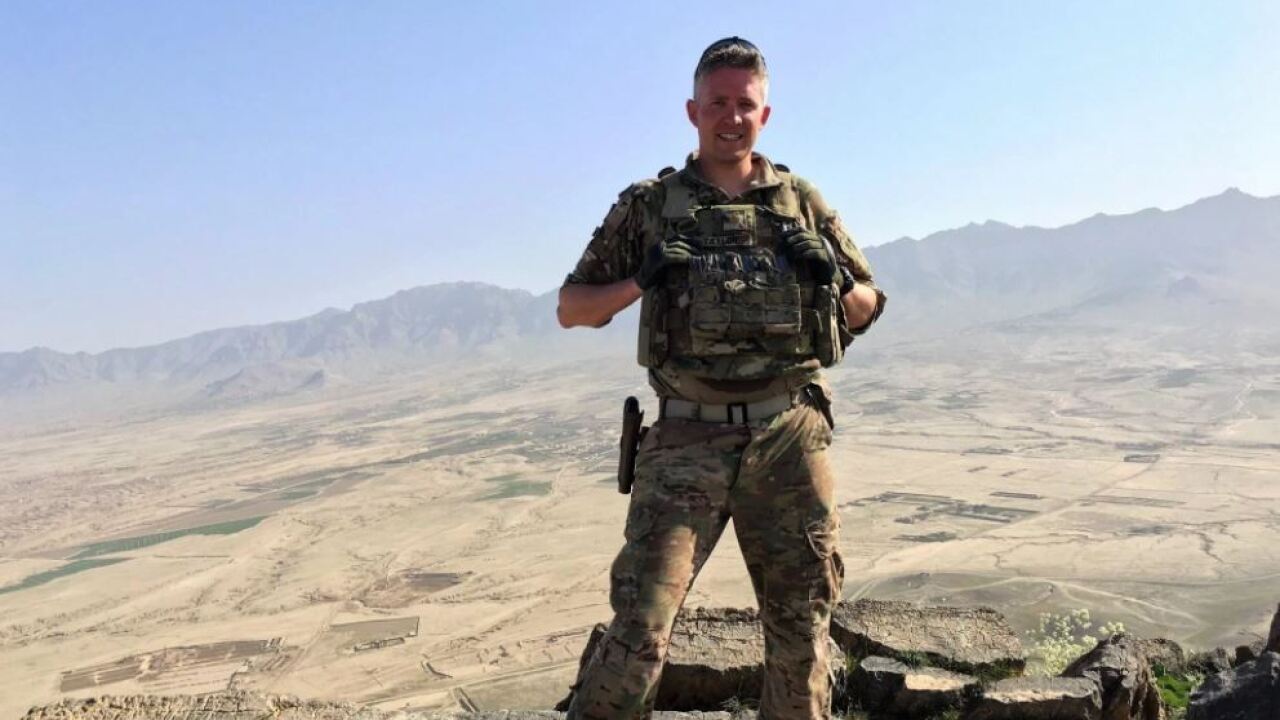 NORTH OGDEN, Utah -- Utah politicians and community leaders took to social media Saturday to remember North Ogden Mayor Brent Taylor, who was killed on Nov. 3 while on tour with the Utah National Guard in Afghanistan.

North Ogden City Councilwoman Cheryl Stoker talked about how Taylor kept the council up-to-date on his life overseas. Taylor was also active on Facebook, making posts about his duties in Afghanistan.

"He'd send pictures and let us know what was going on, and the different things he was doing over there," Stoker said. She explained that she recently received a group text from Taylor, sent to herself and other council members.

"He said, 'Greetings from Afghanistan,'" she said. "He wanted to know how his North Ogden friends were doing."

Taylor told them how he helped with elections in Afghanistan. "They were working hard to make sure the people of Afghanistan had a safe election, so that they could choose who they wanted to," she said.

In his last Facebook post, Taylor detailed helping out with those elections. "I am proud of the brave Afghan and US soldiers I serve with," he wrote in his post. He ended with, "God Bless America."

Even while serving his country, Taylor was focused on the community he served back home. North Ogden City Administrator Jon Call said he spoke with Taylor a few times, and most recently a week and a half ago.

He said Taylor brought up things he'd be working on when he returned from deployment. Taylor was set to leave Afghanistan in January, Call indicated.

"There's just really no words to express the loss we feel. It's just a terrible day," Call said. He later added, "The impact he has on the city is so great. It's going to be really hard without him."

Here is the full statement released from the City of North Ogden on Taylor's passing, calling him a mayor and friend:

"We are devastated by the loss of our Mayor and friend, Brent Taylor. Our hearts and thoughts go to Jennie, their children, and other family members as they deal with this tragic loss. We love them and hope they will feel the love and support of all of us in North Ogden. Brent had a profound influence on this community. He was the best of men with the ability to see potential and possibility in everything around him. We feel blessed to have had him as our mayor. Everywhere you look in North Ogden you can see his profound influence. He had a great love and vision for this community. He was patriotic to the core and a shining example of what an American politician should be. We are grateful for his service to both our city and our country. His loss will be felt for years to come."

"I am heartbroken at the news that we lost one of our own today in Afghanistan and feel completely humbled by the service and the ultimate sacrifice offered by this brave and selfless soldier," said Utah Governor Gary Herbert. "The entire Herbert family mourns with this soldier's family and we pray that their burdens may be lifted, and that the hearts of all Utahns will reach out to comfort them in their grief."

Hatch on the death of North Ogden Mayor Brent Taylor:

“Brent was a hero, a patriot, a wonderful father, and a dear friend. News of his death in Afghanistan is devastating. My prayers and love are with Jennie and his 7 young children. His service will always be remembered.” pic.twitter.com/UHHbhTciYo

"Heartbroken with the tragic news of Major Brent Taylor’s death by gunfire in Afghanistan; a father of 7 small children, a city mayor, and a proud member of the Army National Guard. Another unmeasurable price is paid for freedom."

"I hate this. I’m struggling for words," said Lt. Governor Spencer Cox. "I love Mayor Taylor, his amazing wife Jennie and his 7 sweet kids. Utah weeps for them today. This war has once again cost us the best blood of a generation. We must rally around his family. Thank you for your sacrifice my friend. 🇺🇸💔"

I am deeply shocked and saddened by this news about Brent Taylor-a man who served his city, state and country. My sincere prayers and condolences to his family, friends and all the residents of North Ogden tonight. https://t.co/mEsAHvFzDk

"This is unbelievably tragic," Speaker Greg Hughes with the Utah House of Representatives wrote in a tweet Saturday. "Mayor Brent Taylor was the only person I personally knew who was able to share his deployment on social media. His pictures and descriptions gave me a deeper understanding of our military’s service and sacrifice."

Taylor's family sent the following statement on his passing:

"On behalf of Major Brent Taylor’s family—his wife Jennie; his children Megan (13), Lincoln (11), Alex (9), Jacob (7), Ellie (5), Jonathan (2), and Caroline (11 months); along with his parents, siblings and other family members—we would like to express our sincere appreciation for the outpouring of love and support during this unspeakably difficult time.

Brent’s life impacted so many of us in remarkable ways, and we are grateful for the expressions of gratitude and sympathy that we have received. We are especially grateful for the love and support shown to Brent’s grieving children.

As one of many, many military families to give the ultimate sacrifice, we also want to express our love for this great nation and the pride that we feel knowing that Brent gave his life in service to his country—the country he and Jennie both love so much.

Even in this time of heartbreak, we feel the closeness of our Eternal Father in Heaven and the comfort of knowing that the Lord has welcomed home one of His most beloved sons.

For those who wish to provide support to Jennie and her seven young children, they can donate to the Taylor Family Charitable Account at America First Credit Union, or donations may be made through this Go Fund Me site: https://www.gofundme.com/mayor-brent-taylor"

Additional statements on Taylor's passing will be added as they become available.