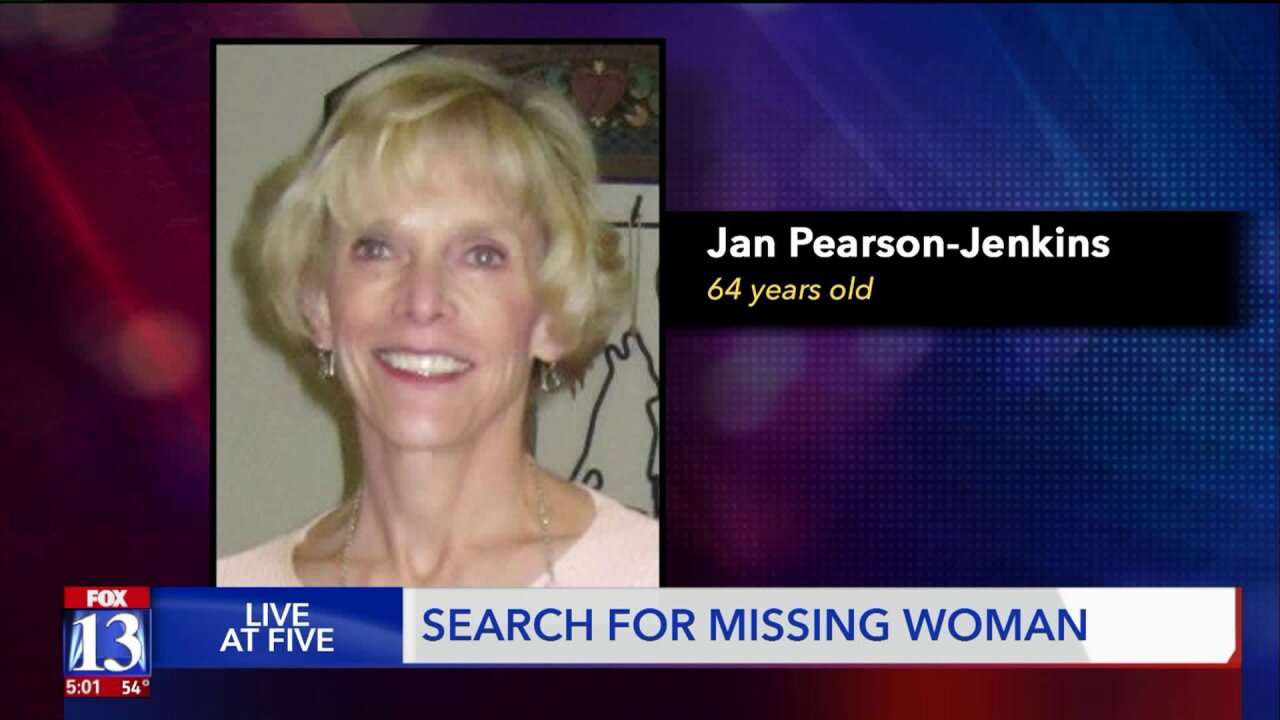 JUAB COUNTY, Utah - A body has been found in Eureka during a search for a missing woman from Sandy.

The Juab County Sheriff's Office reported on Saturday, Oct. 13 that they have not identified the body yet, but believe it may be of missing 64-year-old Jan Pearson-Jenkins.

"I cannot confirm the identity of the body, but circumstantially one would believe that it would probably be her," said Brent Pulver, Undersheriff with the Juab County Sheriff's Office.

Police have not said whether the person died due to cold weather conditions or harm from another human. They are in the process of investigating further.

Fox 13 reported earlier that Jan Pearson-Jenkins was last seen on Oct. 4, after leaving for a camping trip with Cody Young. Young later told her family that he left Pearson-Jenkins in a remote area after getting into an argument. They had both told family they would be camping in the Silver City/Eureka area in Utah.

"I think what Cody is telling us is true. And I think he's afraid, and he knows he's dumb, I mean that was a dumb thing to do," said Dana Pearson, Pearson-Jenkins' sister-in-law.

Authorities said Pearson-Jenkins was not dressed appropriately for cold weather conditions, and that she did not have her purse or cell phone.

This is a developing story that Fox 13 will update as soon as more information becomes available.