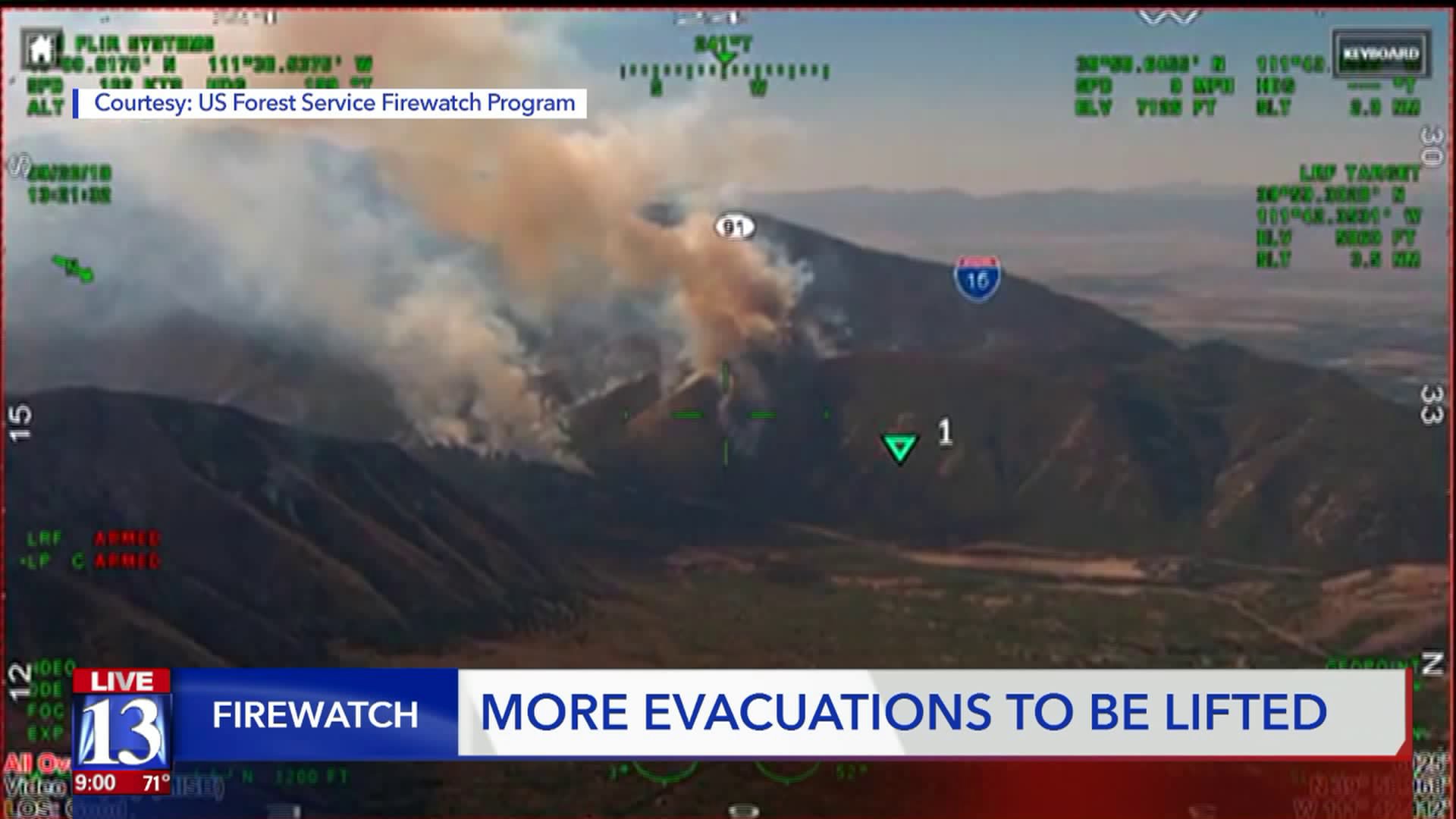 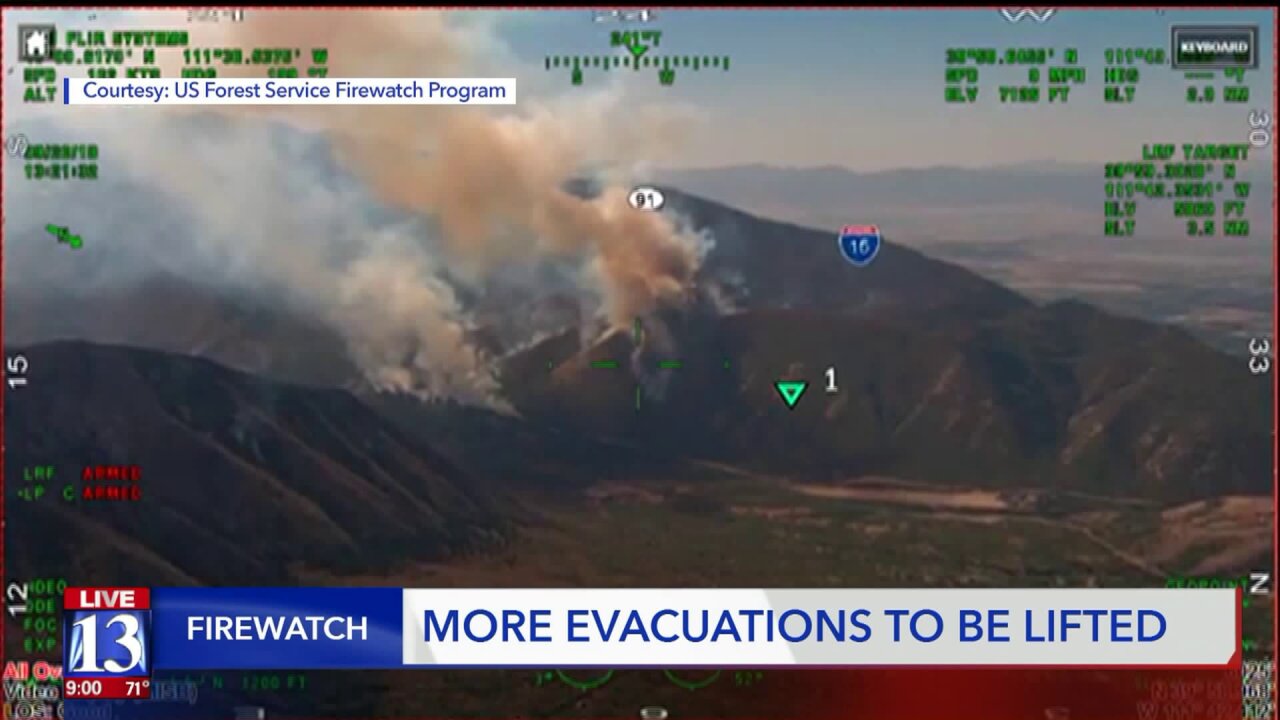 UTAH COUNTY -- Starting at 9:00 a.m. Saturday morning residents in the Woodland Hills and Elk Ridge communities will be allowed back into their homes, after being evacuated due to the Pole Creek and Bald Mountain fires.

The news was announced Friday night at a community meeting at Salem Hills High School. The Sheriff of Utah County, Mike Smith, told Fox 13 that with the fire containment improving the last few days, they believe the area is safe enough to go back to.

“We feel like we’re at a point where there still is a risk or danger in these neighborhoods but it’s low enough that we are going to lift the evacuation notice and moving it to a pre-evacuation notice,” Smith said.

Many of these Elk Ridge and Woodland Hills residents have been living with family or friends for over eight days now and to them, this big announcement was a step in a very positive direction.

DeVonne Allred, Woodland Hills Resient, said this news came a week early for her. She’s so happy about that.

“They’ve got the fire under control that’s the most happy part of this. It’s not even going back home it’s just that the fire is under control,” Allred said.

Before going into their neighborhoods Each resident is required to have a specific sticker, and with that sticker, they can enter the community. Fire officials say just because people can go home, doesn’t mean there isn’t still a threat.

“There is still a risk on the mountain, there still a risk behind their homes, they are still going to be fire crews in their neighborhoods working on these things or apparatuses up there," Smith said.

Payson City also lifted all pre-evacuation notices for residents, after the fires were "no longer a current threat to the city."

Payson City has lifted all pre evacuation notices as there is no longer a current threat to the city. Please remember that fire crews and support staff are still in our city and are still working hard, so please be... https://t.co/3fu8jaJcmC