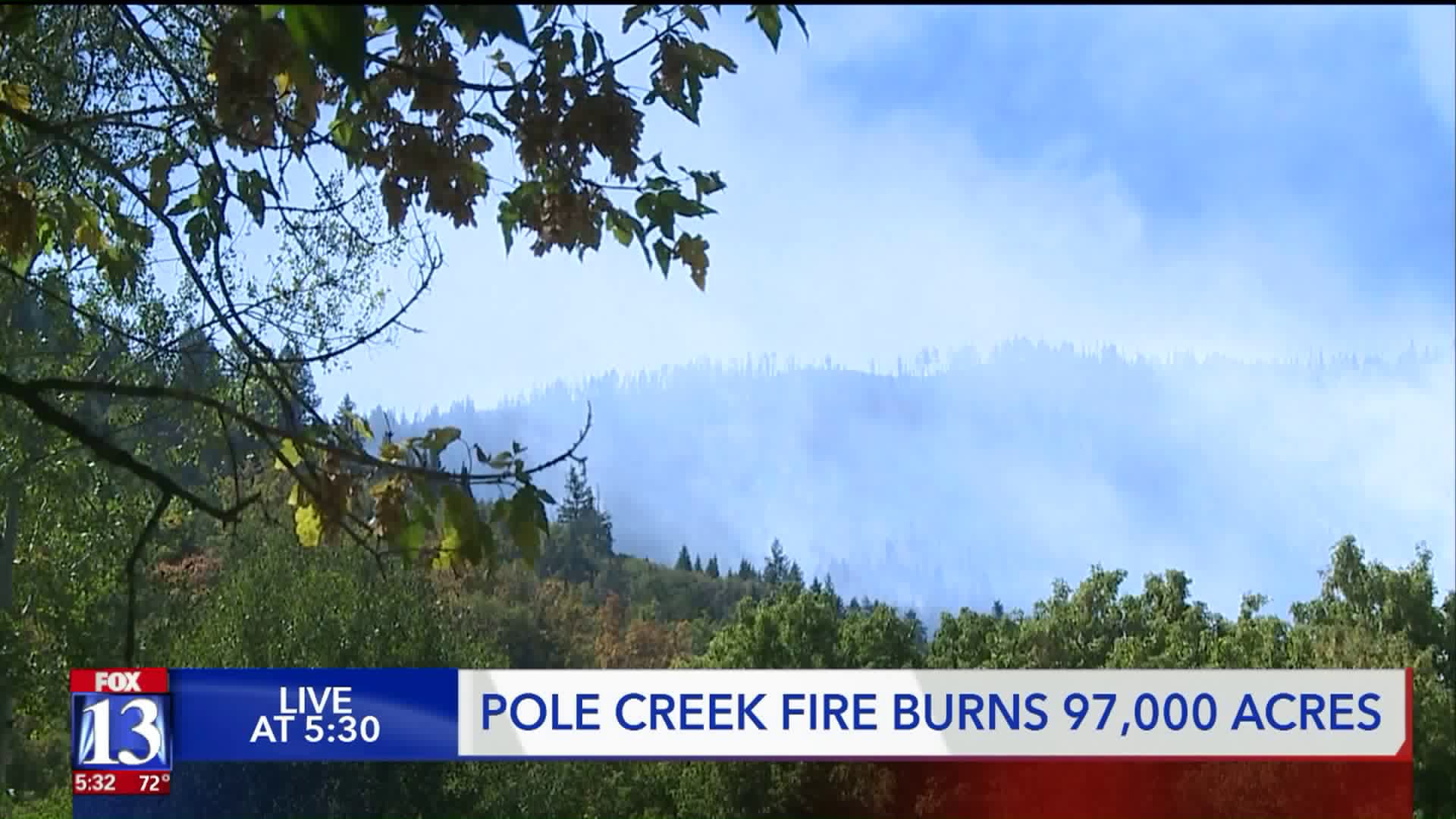 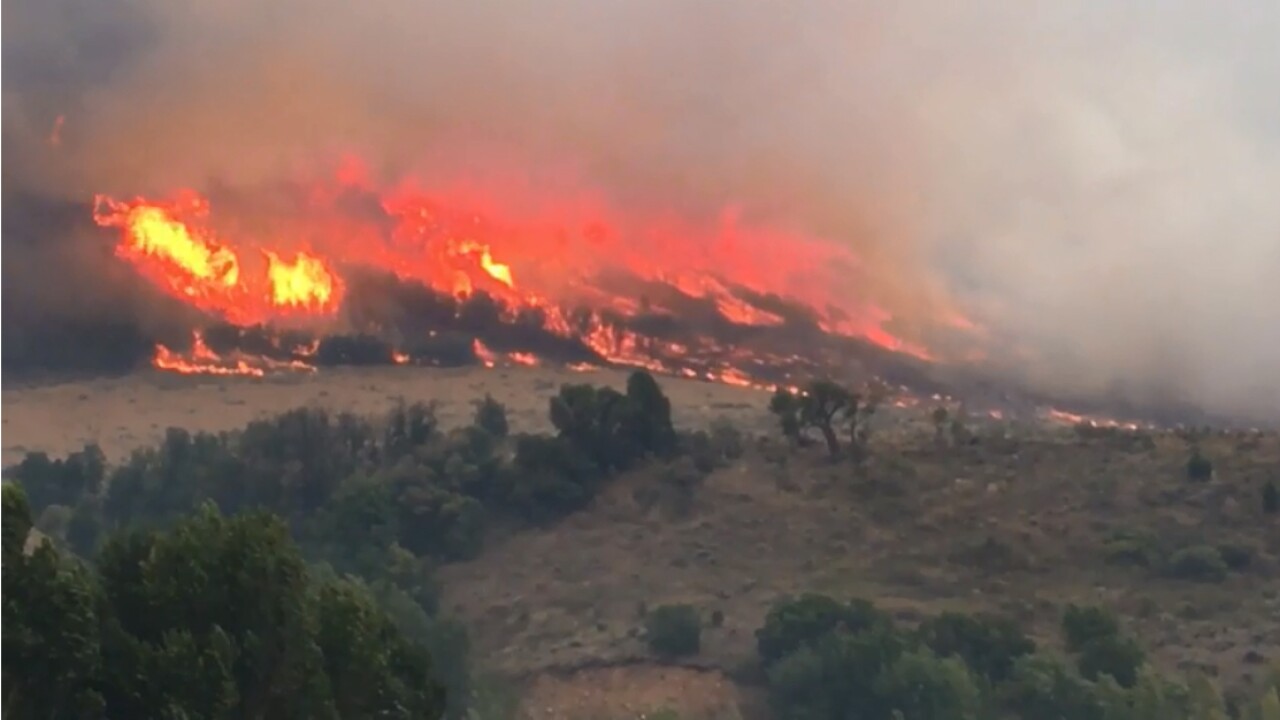 UPDATE: The communities of Woodland Hills and Elk Ridge will be allowed back to their homes at 9:00 a.m. Saturday after being evacuated by the Pole Creek and Bald Mountain fires.

Effective at 9:00 AM, September 22, 2018, the evacuation orders will be lifted for cities of Elk Ridge and Woodland Hills. Please be cautious as you return to you homes, as firefighters will stiff be working in these areas. https://t.co/jph10KHAvP

Payson City announced that all residents have been taken off pre-evacuation notice as crews continue to get the fires under control.

Payson City has lifted all pre evacuation notices as there is no longer a current threat to the city. Please remember that fire crews and support staff are still in our city and are still working hard, so please be… https://t.co/3fu8jaJcmC

SPANISH FORK, Utah -- Crews report there are more than 1,200 firefighters working on the Pole Creek Fire, which as a of Thursday has burned more than 97,000 acres. As of Thursday night, the fire is 32 percent contained.

Due to the hard work of firefighters and favorable weather conditions, the Pole Creek Fire is now 32% contained and US Hwys 6 and 89 are now open in all directions. Though they roads have now been open, the forest closure is still in place.

Driving up one neighborhood, Hot Shot crews were actively working on digging structure protection around homes.

“We have yet to lose a structure,” said Michael Davis, spokesperson with the Great Basin Type 1 Team. “To have not lost one structure is really pretty impressive.”

Davis said this fire used to be one-tenth of an acre and has now blown up. What makes fighting this fire so hard for his crews is the drought conditions.

Firefighters said they don’t know when the fire will be put out or when evacuees will be allowed back home, but they said for now they’re making progress — and that home owners are in good hands.

“The thing I would take comfort in if I were evacuated, is knowing that my house is still standing,” Davis said. “Knowing that the firefighters are doing everything they can to leave as little impact on the forest as possible so that they can have a place to come back to.”

Firefighters are working with aerial resources to protect structures and slow the fire from advancing into Hobble Creek Canyon.

Residents in Left Fork Hobble Creek Canyon, who remain on pre-evacuation notice, were put on alert today to open any front-access gates and move flammables away from their structures. This is a precaution that will allow firefighters to prepare for structure protection if the fire advances into the area.

Evacuations in Covered Bridge and Diamond Fork areas are still in effect.