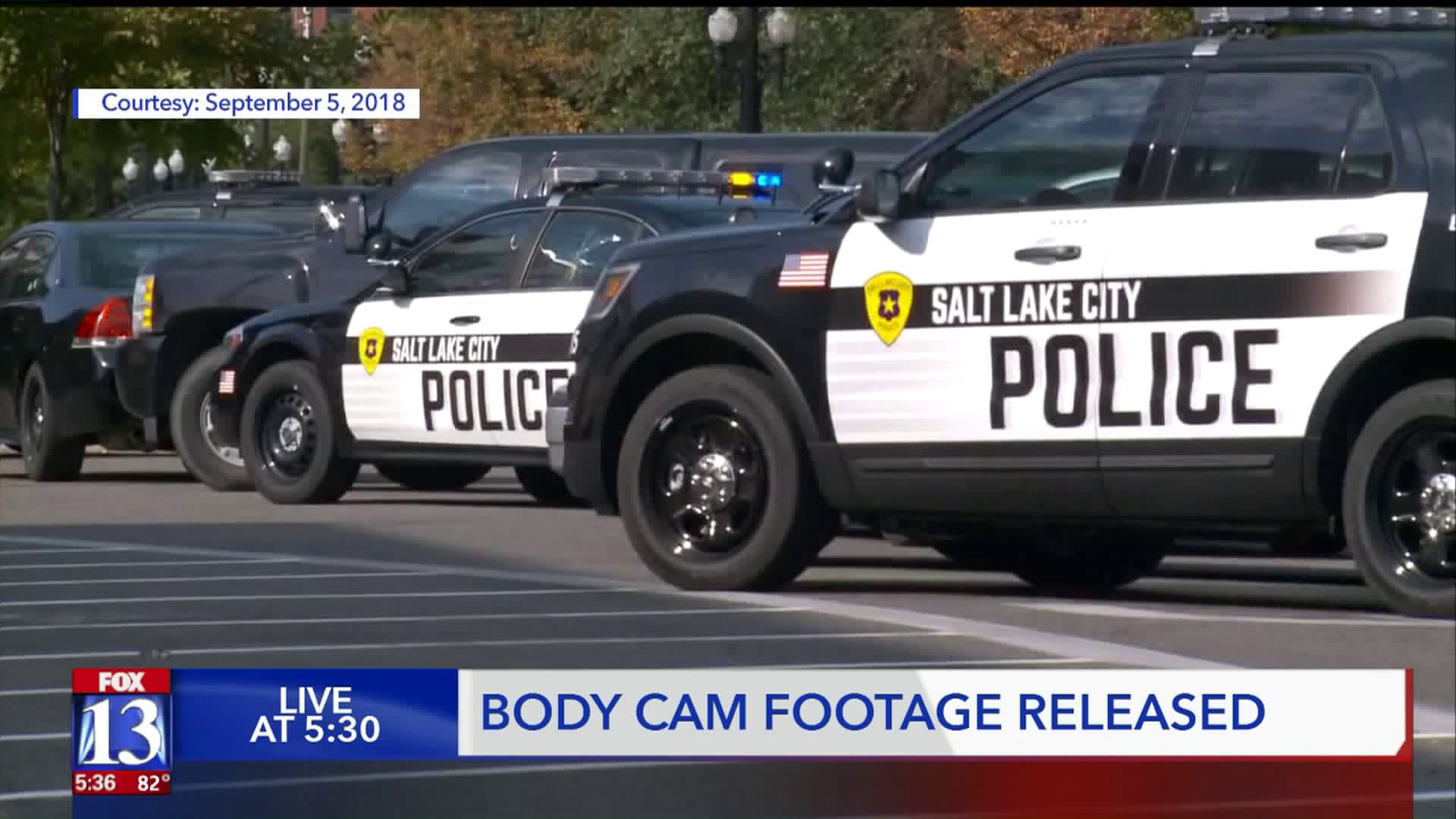 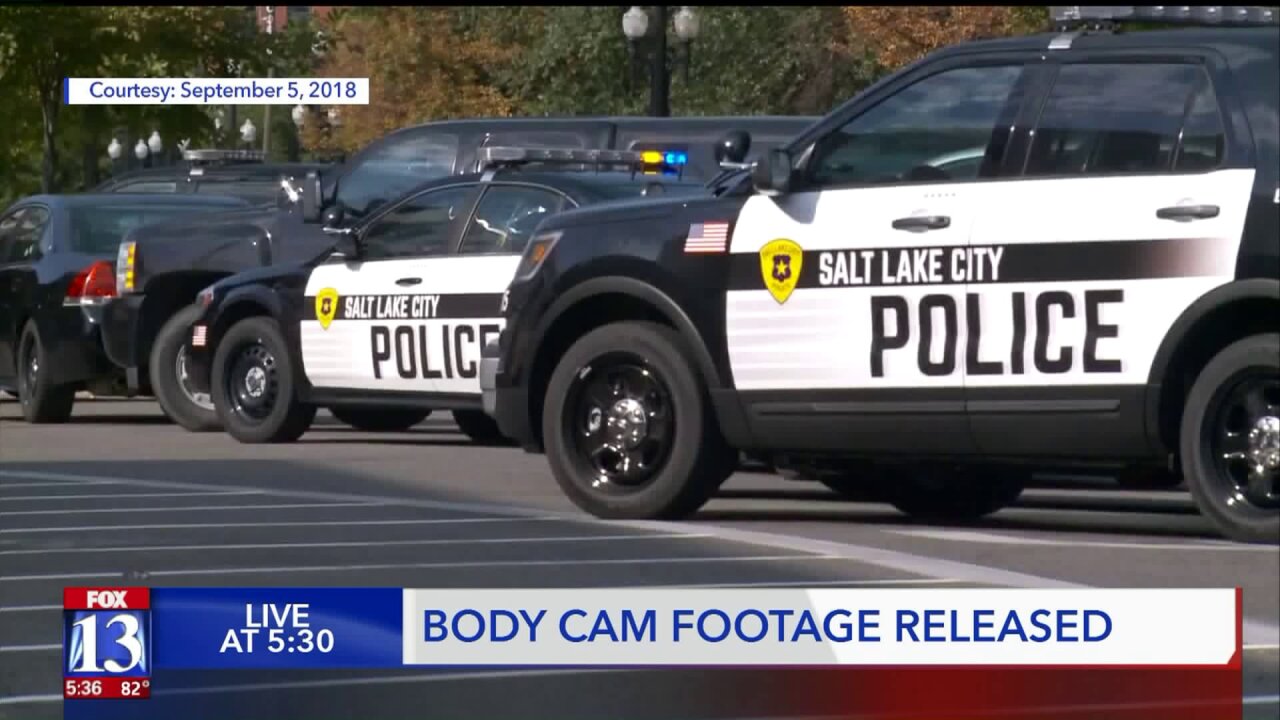 Michael Zahn, 35, died of an apparently self-inflicted gunshot wound after he fled from police that day.

“These are the facts as we know them today,” Farillas continued, referring to the Officer Involved Critical Incident (OICI) on September 5.

It started with a call police have received thousands of times.

“To date this year we have had 9,451 calls of trespassing,” said Farillas.

This one in particular, stemmed from four people inside of a room at the Homewood Suites in downtown Salt Lake City, 423 West 300 South.

“I’m calling to see about getting some police out to our property, I’ve got some unruly guests,” the hotel manager can be heard saying in an afternoon call to police.

“[They’re] inside the room… they’re not coming out,” the manager explained to the 911 dispatcher.

When police arrived, they were directed to room 528, where they found four people inside.

Police checked the IDs of all four people and say the group voluntarily agreed to leave the premises.

However, while running the group’s names to write their police reports, one ID stood out.

“One of them had an active warrant,” Farillas said.

That person was identified as Zahn, capping off a long list of run-ins with the law “multiple convictions for possession of a weapon by a restricted person and domestic violence as well as forgery, theft, fraud and aggravated assault with a weapon,”  with an active felony parole fugitive warrant for a weapons violation, said Farillas.

After realizing Zahn had a warrant, police located the man across the street from the hotel around 4:17 p.m.

An officer’s body camera captured the moments as police approached Zahn and he took off running.

Farillas said Zahn ran south on 400 West and then down an alleyway near 330 South.

“Police! Stop!” the officer wearing the body camera can be heard yelling.

Zahn then jumped a fence at about 330 Rio Grande Street.

“He’s in a courtyard between 300 south, 400 west!” the officer wearing the body cam yelled out from the other side of the gate.

Surveillance footage from an area business showed Zahn as he pulled out a handgun.

“Hey! Stop right there! He’s got a gun!” the officer wearing the body camera continued.

Zahn then fired a shot, shooting out a glass door at an occupied office space at 333 Rio Grande Street, to gain entry to the building.

The responding officer shot back, firing two rounds directly after Zahn; police later determined the officer's shots did not hit Zahn or anyone else.

“Shots fired! He’s got a gun! He ran into the building,” the officer wearing the body camera can be heard shouting.

“Need containment on this whole building, he shot through the glass!” the officer continued.

Police set up containment around the building and called for SWAT. Officers entered the building about 20 minutes later and found Zahn deceased around 4:43 p.m., just over an hour from the time the initial call came into police.

This is Salt Lake City Police Department's second OICI this year, but it is their first non-fatal OICI (due to the fact that Zahn did not die as a result of the officer's gunshots).

Farillas said West Valley City Police and the District Attorney’s office are investigating the incident, as state law requires all officer-involved critical incidents to be investigated by an outside agency. That investigation remains open and active as of Wednesday.