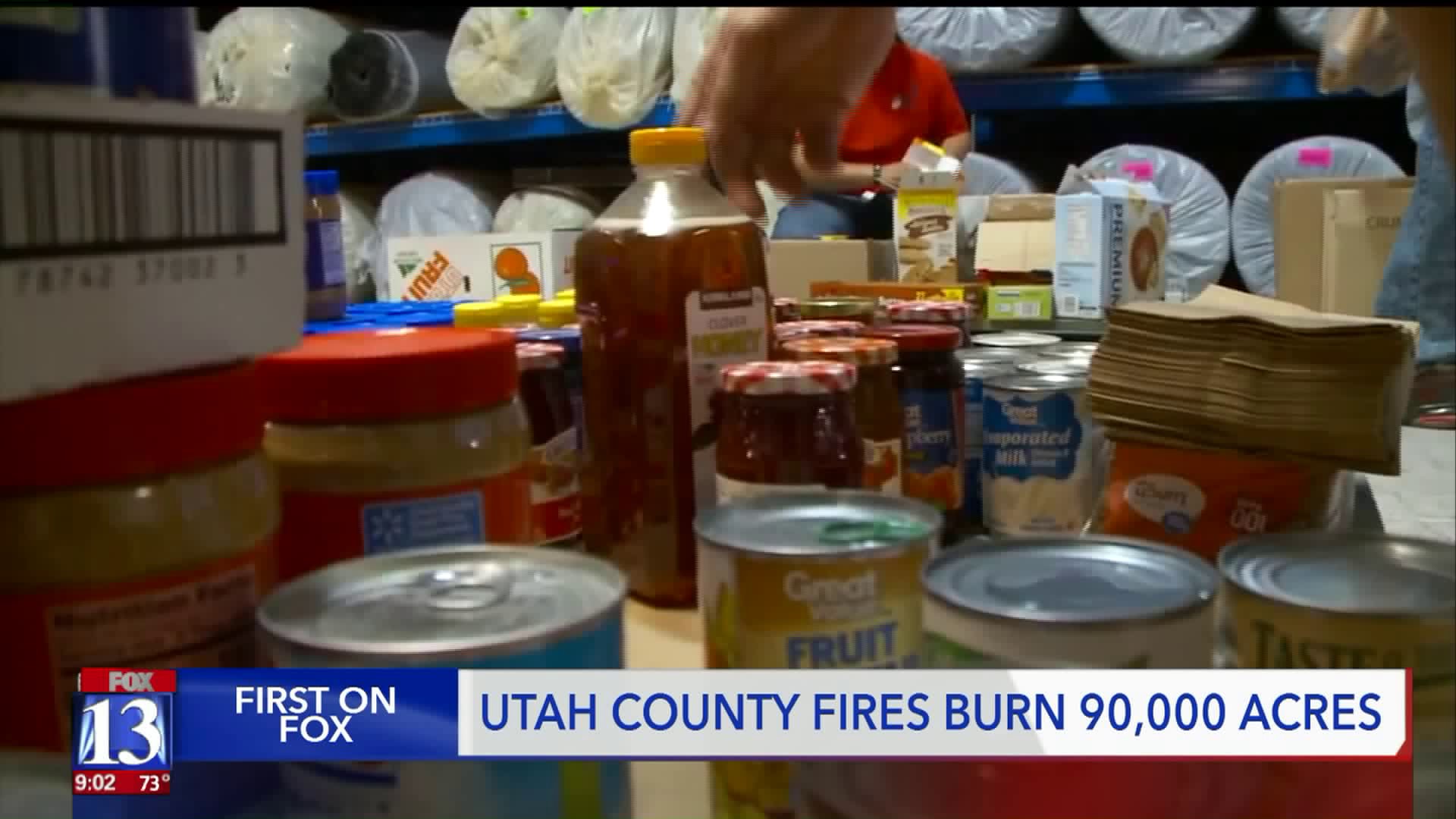 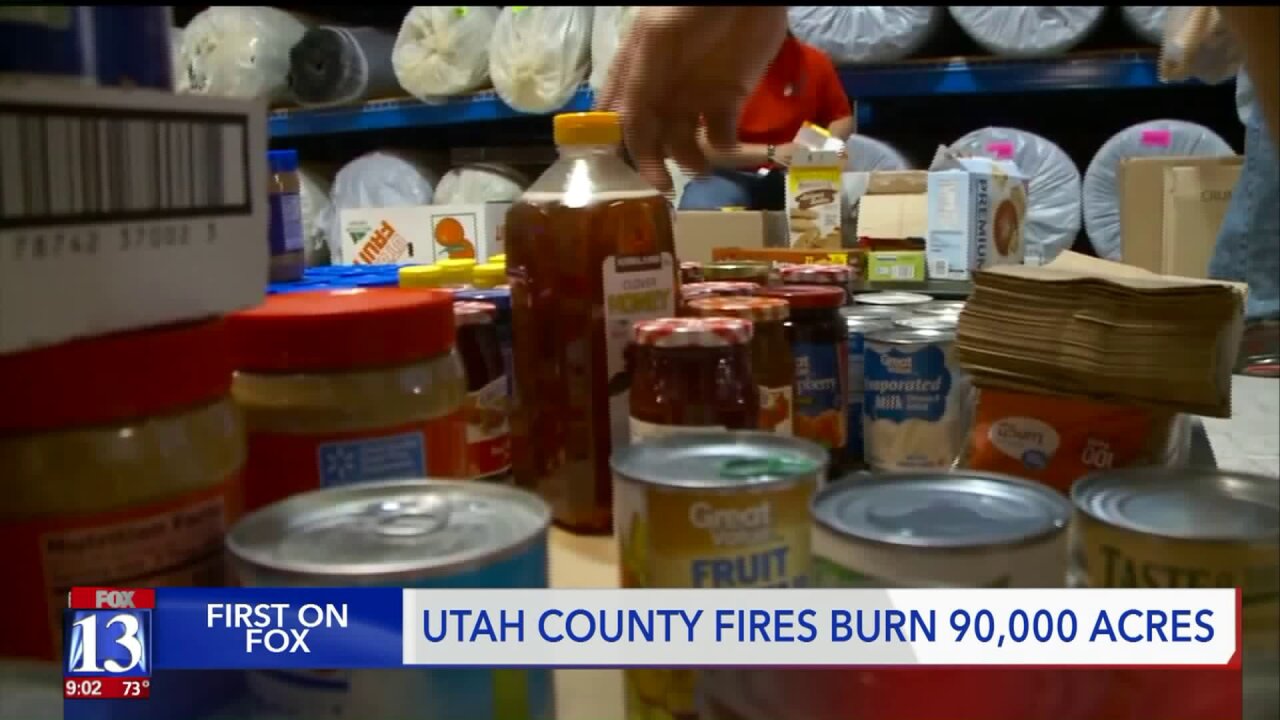 For the first time, firefighters have a small part of the Bald Mountain Fire -- 12 percent -- contained, and they've grown containment on the Pole Creek Fire to 25 percent.

However, all evacuation orders remain in place.

As evacuees approach a week of displacement, they're able to stock up on items they need at a warehouse in the Nebo Advanced Learning Center in Salem.

Evacuated residents filtered in, grabbing a shopping cart to browse the items.

"There's been lots of donations," warehouse employee Randy Wilkinson said, as he took in a cart of donated food. "Just whatever you can think of pretty much."

He said he'd been there since 6 a.m. Wilkinson helped unload bagels, bread, honey and boxed foods from a donation drop off.

The Griffin family from Woodland Hills walked in, saying they needed items for their son Carson.

He just returned from his mission in Lima, Peru, Carson's father Gary said.

"Just coming back from the airport as we speak," Gary Griffin said. They walked over to boxes filled with toiletries, to grab a toothbrush, toothpaste and other items.

"We thought, 'Well, we'll go up, see if we can get some of his clothes,'" Gary Griffin said. "It's too dangerous right now, so they won't let us up."

Some people stood outside the donation center and watched the fire get closer to Woodland Hills, taking pictures of the smoke.

He said that firefighters built what they call a "control feature" around the fire, that would act as a natural barrier to allow crews to stop the fire's advance.

A southern portion of the Pole Creek Fire is contained, and up through part of Highway 89, fire managers said.

On Tuesday, large plumes of smoke rose above the mountains north of Highway 6, as the north end of the fire grew by a few thousand acres.

"Structure protection is our primary mission right now," he said. "We have a tremendous force to protect those structures and infrastructure."

They indicated that there's no timeline yet on when evacuations could be lifted.

Anyone needing donations and supplies can visit the Nebo Advanced Learning Center warehouse in Salem between noon and 6 p.m.