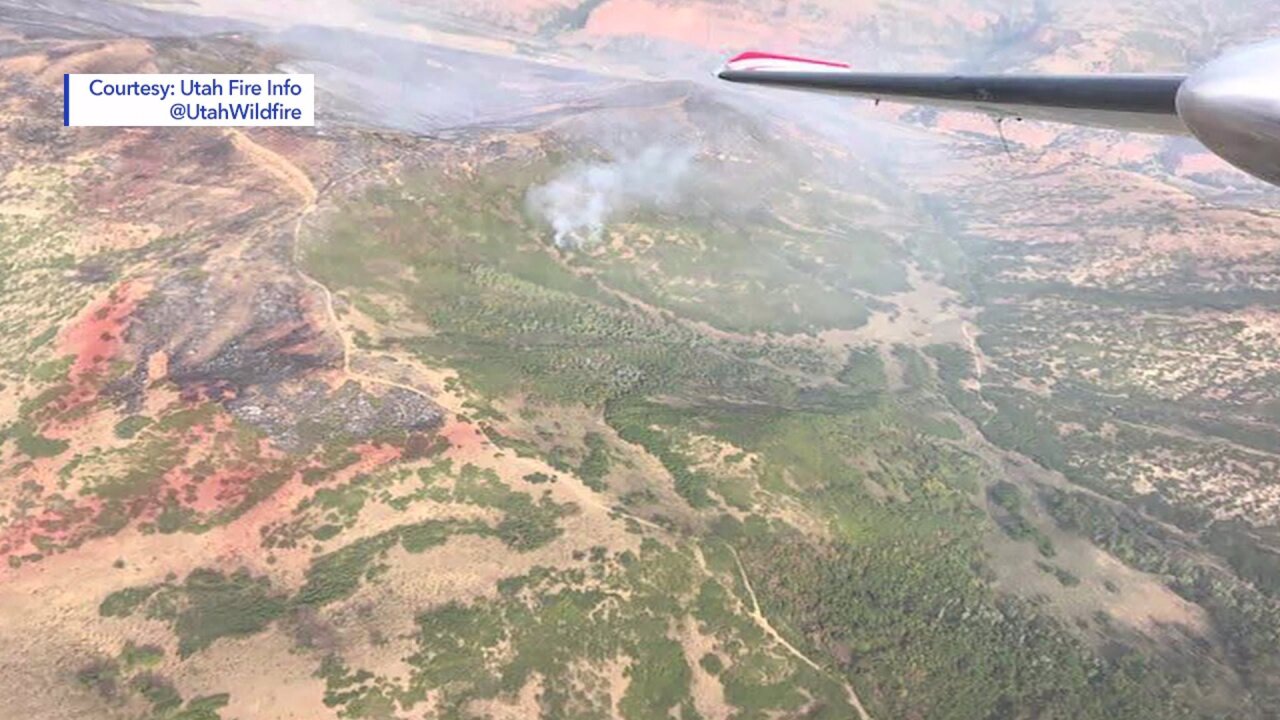 The #TervelsFire was updated to 95% containment Thursday evening. Today 3 engines, 1 division and 1 division trainee remain on site. Special thanks goes out to all the firefighters, including this hand crew, who helped put the flames out. (photo courtesy @UtahWildfire) pic.twitter.com/0piVAsvbvN

SUMMIT COUNTY, Utah — A pre-evacuation status has been lifted and a lane closure on I-80 is expected to end later Thursday as crews reach more containment on the Tervels Fire in Summit County.

As of Thursday morning, the size of the fire is estimated at 536 acres and containment is at 48 percent. Fire officials said Thursday their goal is to reach 100% containment by the end of the day.

Fire officials say a pre-evacuation status for the Echo Creek Ranches area has been lifted. A single-lane closure on eastbound I-80 between mile posts 169 and 171 will be lifted later Thursday.

The fire began September 3 and is a case of arson. Investigators are looking for suspects in connection with this fire and several other blazes along I-80.

While crews are getting a handle on the blaze, they remind motorists to be cautious while driving in the area and ask them not to stop to observe the fire or response.