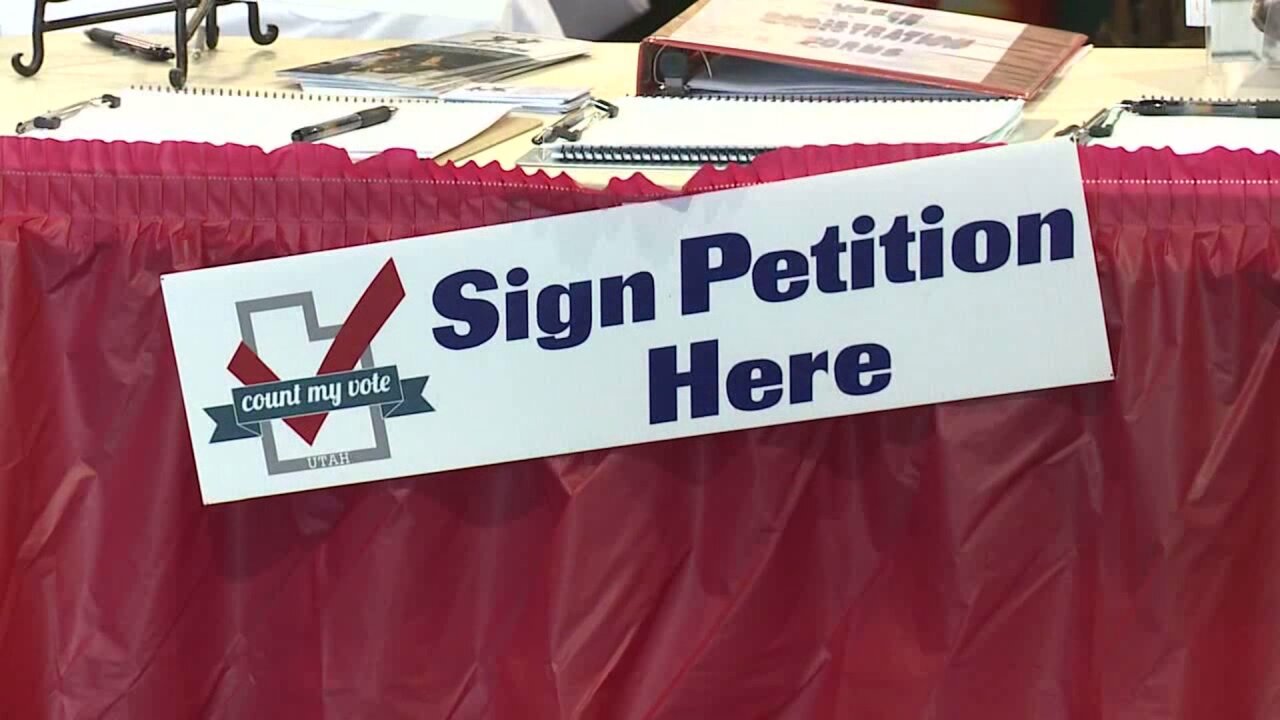 SALT LAKE CITY -- The Utah Supreme Court has blocked Count My Vote from going on the November ballot.

In an order issued Friday afternoon, the state's top court ruled the issue will not go before voters. The Court said it would issue a formal opinion at a later date, but signaled in its order the ruling was not unanimous. At least one justice dissented.

Count My Vote organizers sued after they were kicked off the November ballot because enough people had removed signatures from the citizen initiative. In arguments last week before the Court, attorneys for Count My Vote argued it was too difficult to get on the ballot, with signature thresholds in Senate districts, but too easy to remove signatures (opponents get 30 days to persuade voters to rescind).

Count My Vote allowed political candidates to gather signatures to get on the ballot, bypassing the caucus/convention system. It's been the subject of legislative fights and triggered a civil war within the Utah Republican Party, with litigation that's nearly bankrupted the state's dominant party. Mitt Romney, Governor Gary Herbert and Congressman John Curtis have all gathered signatures to ensure a spot on the ballot against more hardline conservative members.

The Utah Republican Party declined comment. So did Lt. Governor Spencer Cox, who defended his authority to not allow Count My Vote on the November ballot.

Reacting to Friday's decision, Count My Vote backers said they would review its future options (including a return to the Utah State Legislature), but feared for other citizen initiatives.

"It’s impossible under these circumstances, if there is well funded or well organized opposition, to get an initiative on the ballot," Count My Vote organizer Rich McKeown told FOX 13. "I don’t think it should be that way. I think petitions are a part of the process."

Chase Thomas, the policy director of the liberal-leaning think tank Alliance for a Better Utah agreed. He said the Court's ruling has solidified a playbook for opposition campaigns to kick a citizen initiative off the ballot.

"They were trying with medical marijuana and they got close in a couple of the counties. I think it shows that this is a valid tactic for future opposition groups," he said.

ABU called on the Utah State Legislature to fix the law, to remove the 30 day window for initiatives.

"It’s very concerning in the future with voters being able to pass initiatives," Thomas said.

Count My Vote faced an opposing campaign by a group called "Keep My Voice," which seeks to preserve the caucus/convention system as the exclusive mechanism for candidates to get on the ballot. Phill Wright, a supporter of Keep My voice, told FOX 13 he was "on Cloud 9" with the Court ruling.

"Count My Vote was trying to remove the constitutional rights of a private organization. We believe that’s wrong. We think the courts did the right thing in keeping it off the ballot," said Wright.