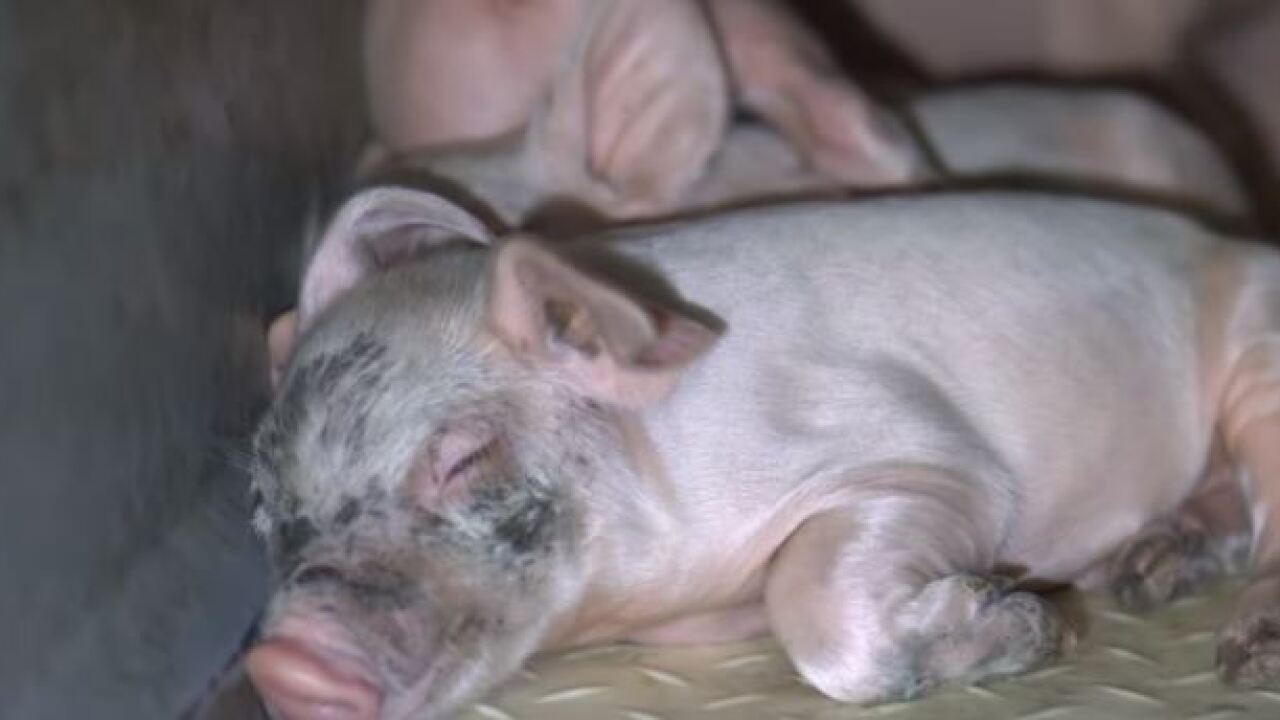 BEAVER COUNTY, Utah – Five animal rights activists, who each face 60 years in prison, will visit a farm where they allegedly took a piglet who was dying in 2017, demanding that they are allowed to inspect it to see if conditions have improved.

The activists, who are members of the animal rights network Direct Action Everywhere (Dxe), each face four felony counts for allegedly removing the piglet, that they named “Lily,” from the Smithfield Foods’ Circle Four Farms.

The Utah Attorney General’s Office filed charges against the four activists in May of this year.

“One of the defendants, former law professor and DxE co-founder Wayne Hsiung, is set to be booked Monday; the others were booked at a previous court date,” Matt Johnson, Press Coordinator for DxE wrote in a press release Monday.

After the court appearance, the activists said they would return to the farms, and “demand that farm staff allow them to inspect and audit the farm to determine if animal welfare has improved,” Johnson wrote.

The activists would also be joined by a documentary film crew.

DxE outlined the charges that each activist is facing after allegedly taking the pig:

“The California-based defendants — Wayne Hansen Hsiung, 37, of Berkeley; Paul Picklesimer, 40, of Berkeley; Samer Thomas Masterson, 24, of San Francisco; Andrew George Sharo, 24, of Berkeley; and Jonathan Frohnmayer, 33, of Santa Clara — are charged with engaging in a pattern of unlawful activity, two counts of burglary committed against an animal enterprise, and theft of livestock, all second-degree felonies. All but Masterson are also charged with riot, a class A misdemeanor. In Utah, theft is only a felony if the item(s) taken has a value of at least $1,500. However there is an exception: theft of any animal raised for commercial purposes, regardless of market value, is a felony.”

Video DxE made when they allegedly took the piglet can be seen below: