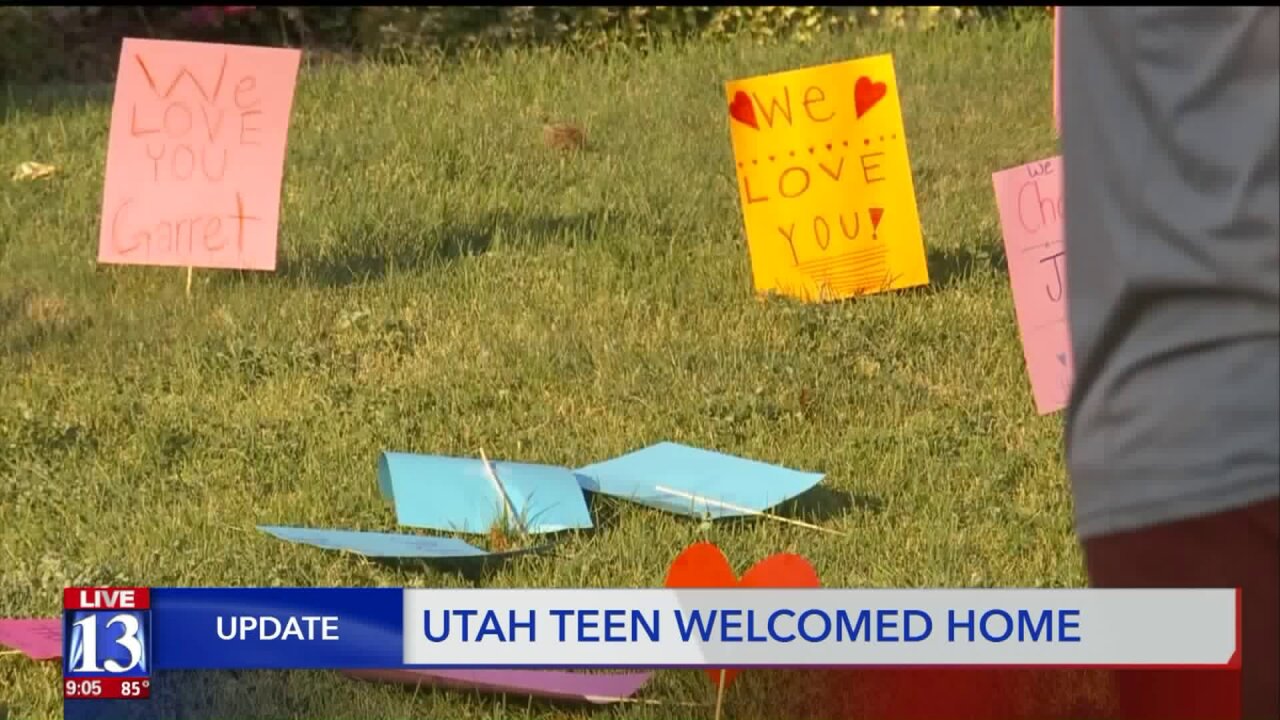 DRAPER, Utah - After spending 36 hours and a night on his own in the Wyoming backcountry, 13-year-old Garrett Hunter was just happy to be home.

"There's a lot of people here," he laughed after looking around at the group of friends and family who turned out to welcome him home.

"When you work with these boys and get to know them, spend a week out there and then all of a sudden, one of them is missing, it's like one of your own kids is missing," said Assistant Scout Master Mike Maughan.

Hunter went missing Saturday morning after he stopped to go to the bathroom and got separated from the group. A short time after, other scouts realized he was gone.

"The Search and Rescue group in Wyoming could not believe it," Maughan said. "They had not seen anything like it before. All of a sudden, there are 40 people on the way, planes being donated to fly people in, horses brought up, sat phones, you name it."

"I just saw the lights where I was," Hunter said. "So, I called out for help and yelled one of my scout leaders names, and they responded with Garrett, and I said yeah I'm here."

"He did all the right things," Maughan said. "Everything we taught him. He left a sign that he had been there, and when he realized he was lost, he stayed put."