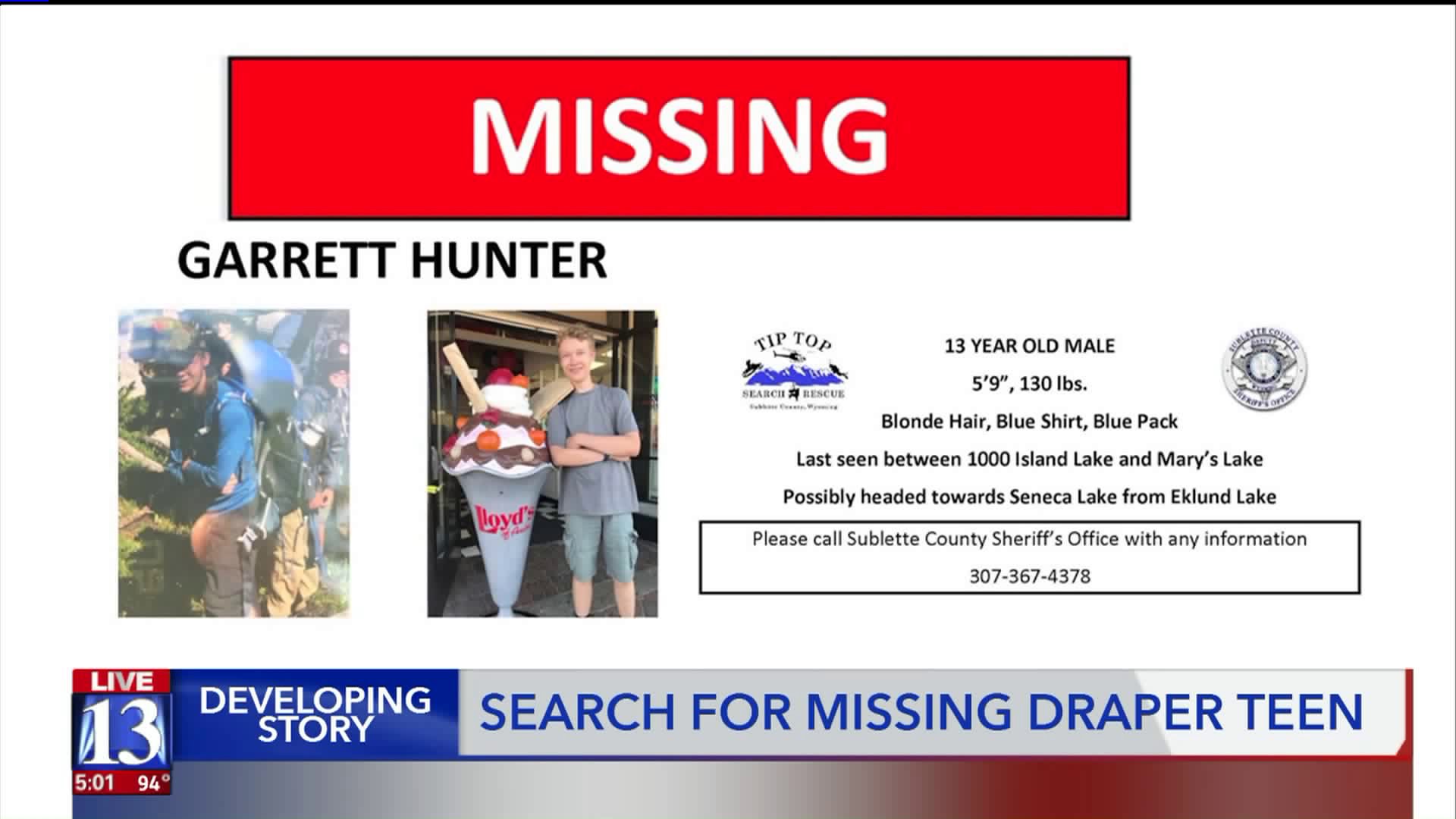 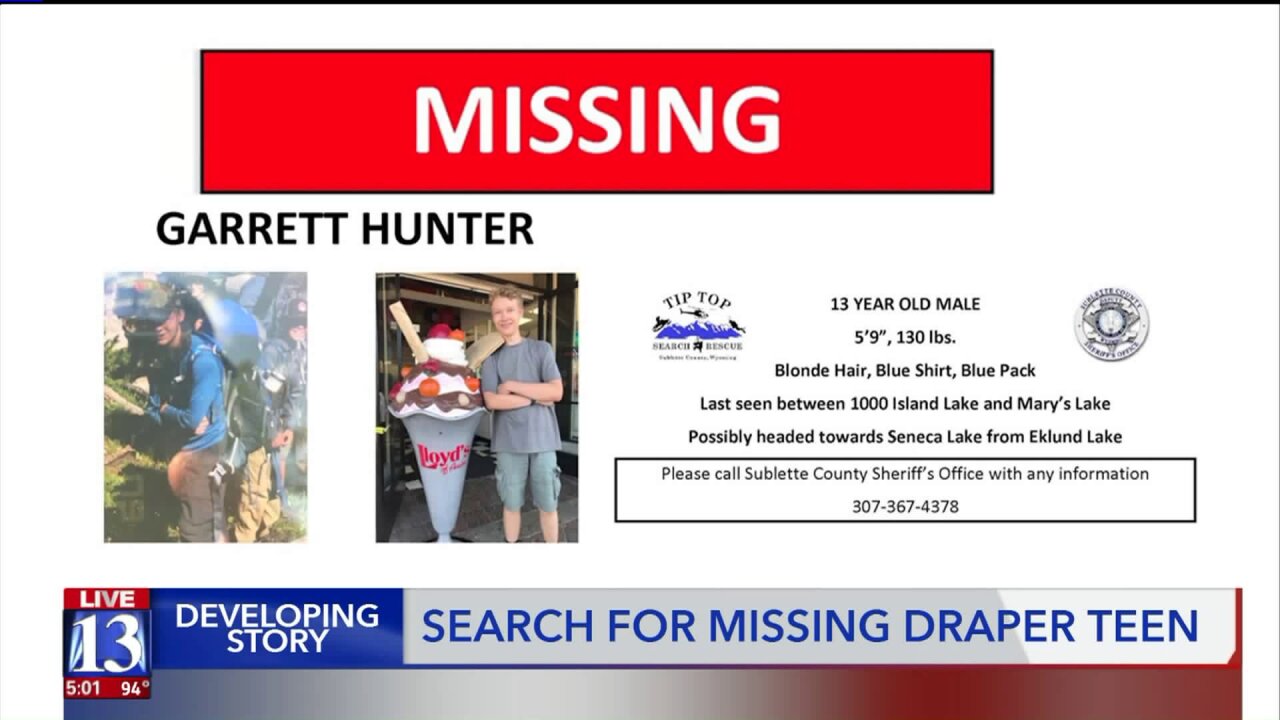 A volunteer searcher located the boy about 1 mile from his original camp site in a drainage near Junction Lake. He is in good health.

Authorities say because it was already dark, Garrett and his rescuers set up camp and stayed in the area overnight. A helicopter was able to fly the boy off the mountain around 8:30 a.m. Monday.

He got separated from his scout group Saturday afternoon while taking part in a planned 50 mile hiking trip through the area.

According to the Sublette County Sheriff's office, Hunter was last seen between 1000 Island Lake and Mary's Lake in Wyoming around two p.m.

"He has some supplies with him, it's not like he's out there without anything.  He has some food and some water and some gear," Sublette County Sgt. Travis Bingham said.  "The area is rough but the temperatures aren`t really cold at night yet so it's not really a race against time."

Rescuers think Hunter could be headed towards Seneca Lake from Eklund Lake.

One major concern is that Hunter has been diagnosed with Asperger Syndrome and even if he's lost and someone comes close to him, he may not approach anyone and may even hide from them.

He has blonde hair and was last seen wearing a blue shirt and blue backpack.

Searchers on the ground and in the air are looking for him.

If he isn't found by the time the sun goes down Sunday, crews will be back first thing Monday morning.

If you have any information contact the Sublette County Sheriff's office at 307-367-4378.