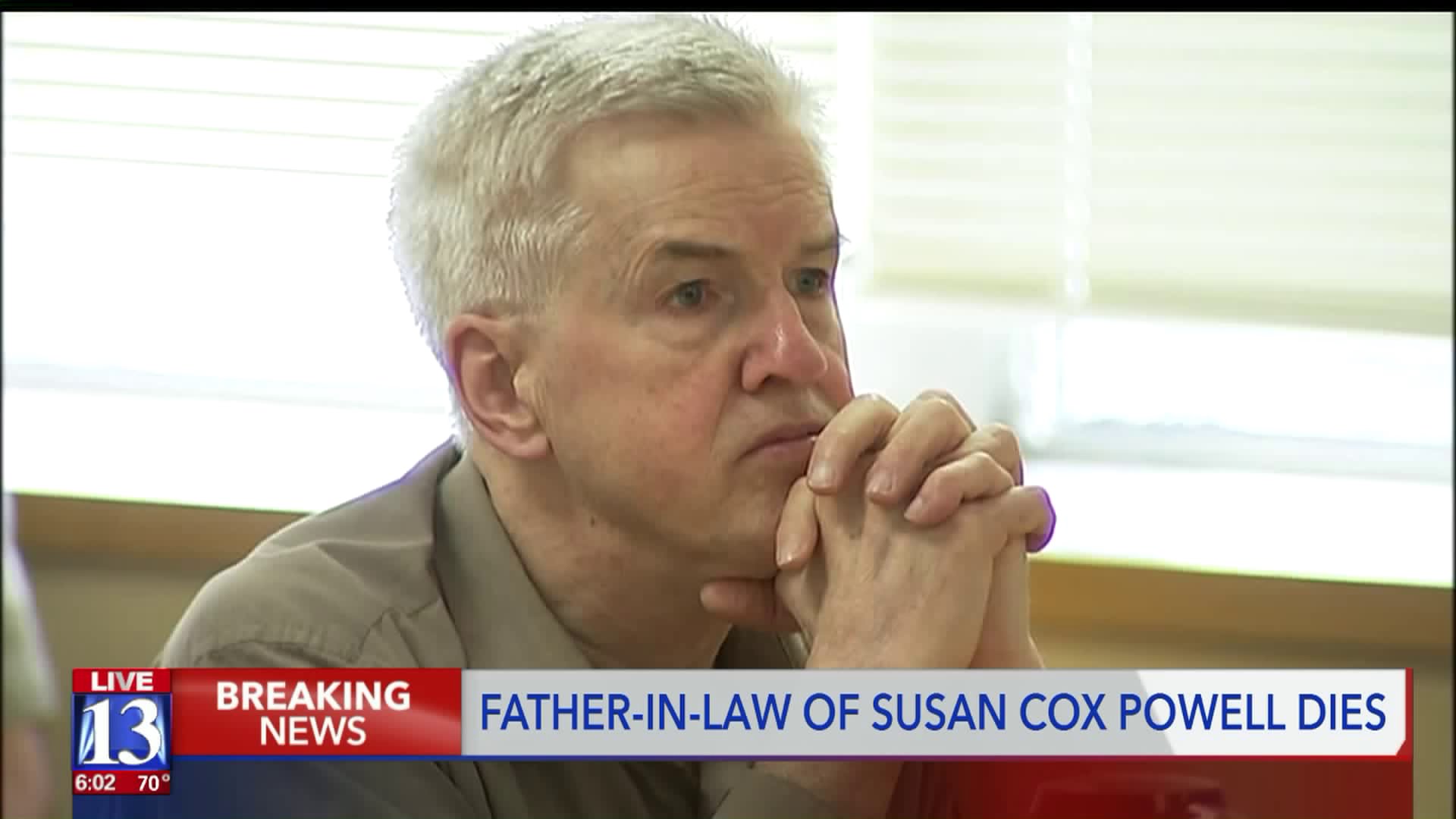 Steven Powell at his voyeurism trial in 2012.

Powell, a central figure in the mystery surrounding the Utah woman's disappearance, passed away on Monday night, the Pierce County Sheriff's Office in Tacoma, Washington, confirmed.

FOX 13's sister station Q13 in Seattle reported it was believed to be from a heart attack.

Steve Powell, father of Josh Powell.. and grand father of Charlie and Brayden died of early this am at Tacoma hospital. Confirmed by our detectives.

Steven Powell is the father of of Josh Powell, who killed his two young boys and himself in Graham, Washington, while he was being investigated for the disappearance of Susan Cox Powell. After Susan's disappearance in 2009, Josh Powell took his children, left Utah and moved in with his father in their Puyallup, Washington, home.

Steven Powell was an outspoken defender of his son, but it was revealed he also had an infatuation with his daughter-in-law. West Valley City police, searching for clues to Susan's disappearance, searched Steven's home in 2011 and seized thousands of pages of diary entries detailing an obsession with her. Police also discovered he had surreptitiously taken photographs of Susan and other women and girls.

Images of Susan Powell seized during a search of Steven Powell's Washington home, released by police in 2011.

A family photo of Josh Powell and his wife, Susan Cox Powell, and their children. (Photo provided to FOX 13)

"Josh Powell lived for his sons," Steven Powell he said. "He was an innocent man up until the last day of his life."

Josh Powell, suspected by West Valley City police of the disappearance of Susan, killed himself and the couple's children, Charlie and Brayden, in a home explosion in 2012.

"The Susan Powell disappearance case remains assigned to a detective in the West Valley City Police Department. Although all leads in the case have been exhausted and the case has gone cold, we stand ready to act on any new information that might provide resolution in this challenging case. Steven Powell, the father of Josh Powell, has not provided any information in the past to aid with the investigation into Susan's disappearance. Steven Powell's death does not change the status of the Susan Powell disappearance case, nor does his death make the case any more or less likely to be solved.

Our thoughts today are with the Cox family members, who have suffered extensively with the disappearance of their daughter and the death of their grandchildren, as well as with the surviving members of the Powell family."