Dollar Ridge Fire 65% contained; smoke may be visible for weeks to come 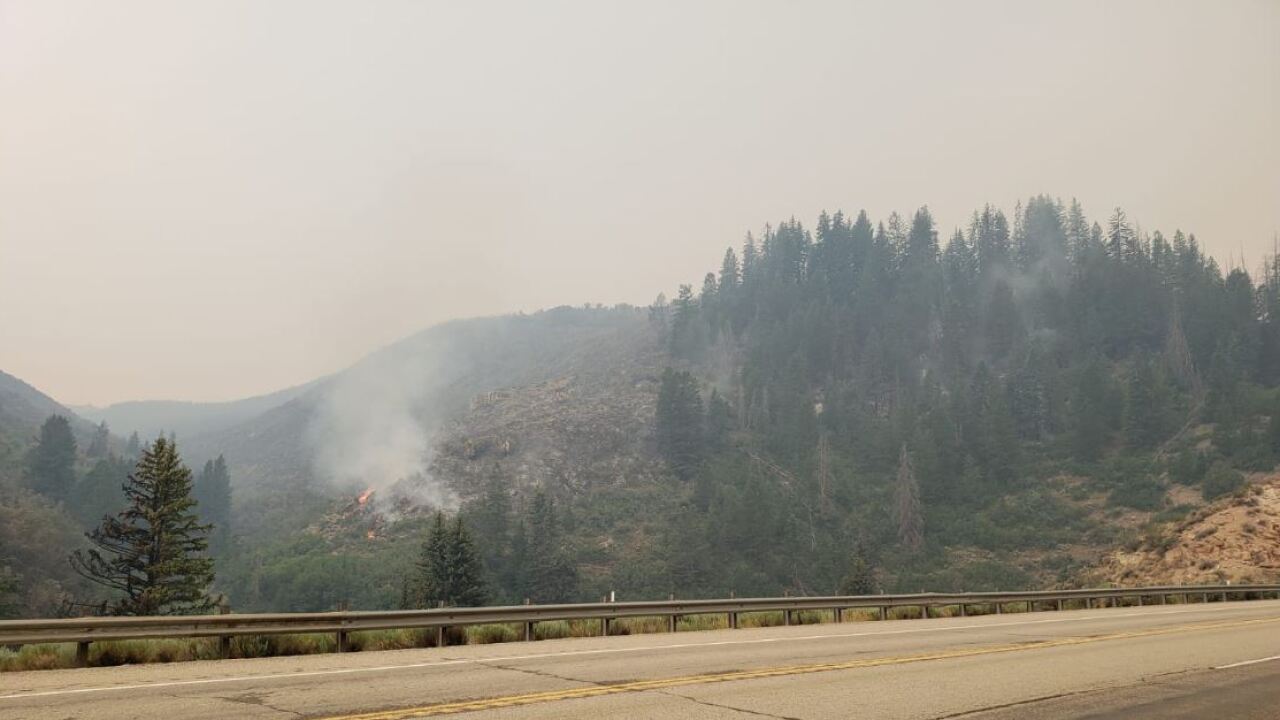 DUCHESNE COUNTY, Utah — The Dollar Ridge Fire in Duchesne County is 65% contained as of Monday and is no longer threatening structures, but officials say smoke from the fire will be visible for weeks.

The fire has burned an estimated 56,734 acres and forced hundreds of people to evacuate earlier this month, though those evacuations have since been lifted. The fire destroyed dozens of homes and hundreds of trailers, sheds and outbuildings.

Fire crews say that while the fire no longer currently poses any threats to the public or structures, smoke from the fire area may be visible for weeks to come.

Officials say they have mopped up the majority of hot spots along the fire line, but due to safety reasons firefighters will not be extinguishing every individual hot spot within the containment area.

“Hot spots are more noticeable at night, and often appear larger than they actually are,” fire officials stated Monday. “Generally, if a hot spot is campfire size, it poses no threat. If a group of trees torch out, or fire is seen outside the fire containment line, please inform fire officials.”