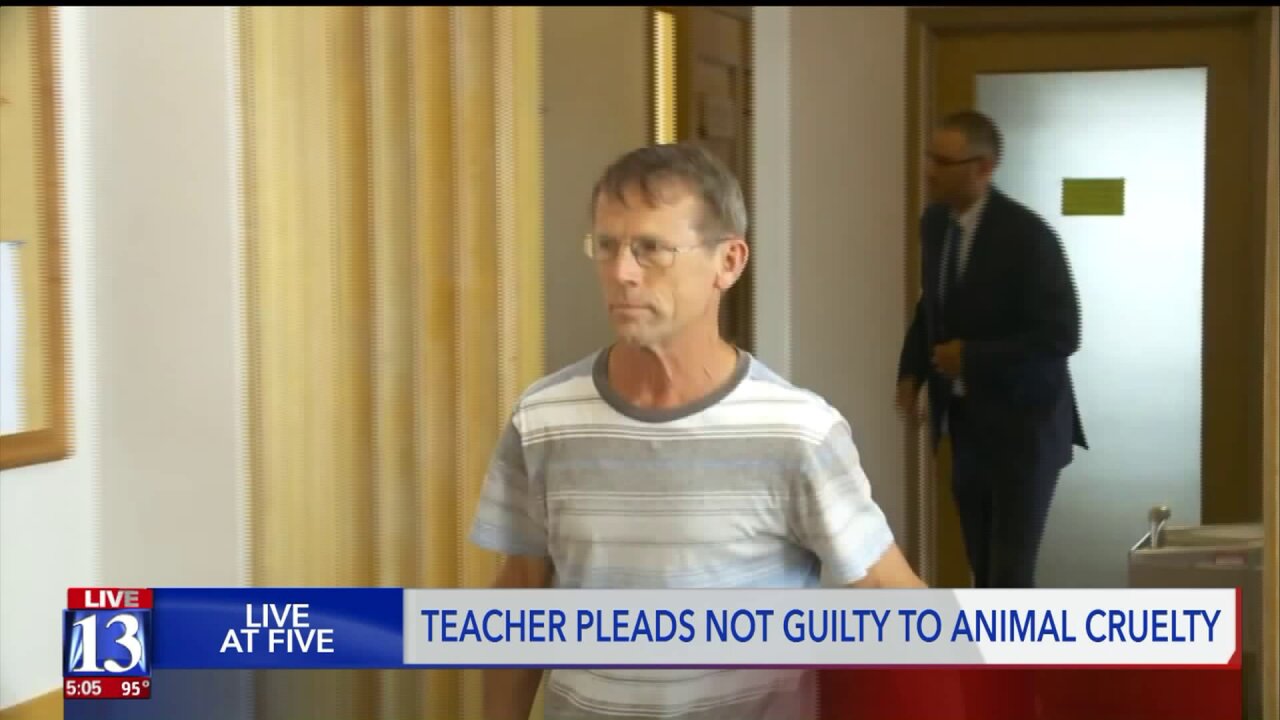 PRESTON, Idaho - A teacher in Preston, Idaho who made national headlines after he was charged for feeding a puppy to a snapping turtle made his first appearance in court Tuesday.

Walking in with his lawyer, Shane Reichert, Robert Crosland smiled and shook the hand of the Franklin County Sheriff.

Moments later, the science teacher at Preston High School pleaded not guilty to a misdemeanor charge of animal cruelty.

“We don’t think the facts of this case arise a criminal charge and we’re hopeful the jury will see that,” said Reichert.

Back in March, a local animal activist reported Crosland to police after word got out that he had fed a sick, dying puppy to his snapping turtle in front of a few students after school.

Shortly after the turtle was seized and humanely euthanized by the Idaho Department of Agriculture.

“Not only is he not guilty, he’s also innocent,” said Reichert.

The story made national headlines and several online petitions surfaced both in support and against Mr. Crosland. One asking for his resignation has more than 198,000 signatures.

“This is a trying time for him obviously. He’s been a teacher in this community for 30 plus years. He’s cared for animals, he cared for his students and obviously, this negative backlash has really affected him,” said Reichert.

However, a local petition in support of him has nearly 4,000 signatures.

Crosland's attorney says the national spotlight has dimmed in the past few months, and he hopes it stays that way.

“Hopefully these people see who my client is, the support he has from the community, and they focus on that and his career as a teacher and the impact he’s had on this community,” said Reichert.

This case will be presented before a jury on October 26. If convicted, Crosland could face up to six months in jail and a $5,000 fine.