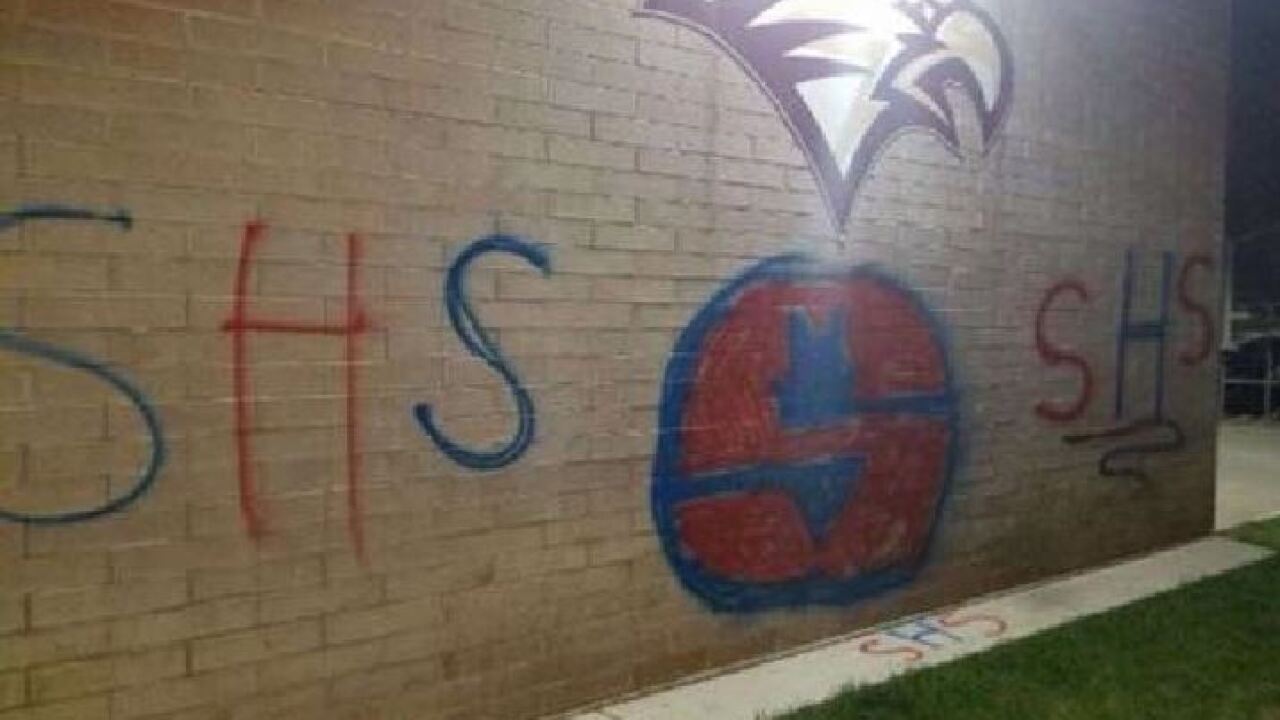 The schools and local law enforcement have not confirmed the culprits; the incident is still under investigation.

This comes on the heels of some controversy between the rival schools.

A page of Maple Mountain’s yearbook made fun of Springville with a number of rude words.

The graffiti has already been cleaned up.