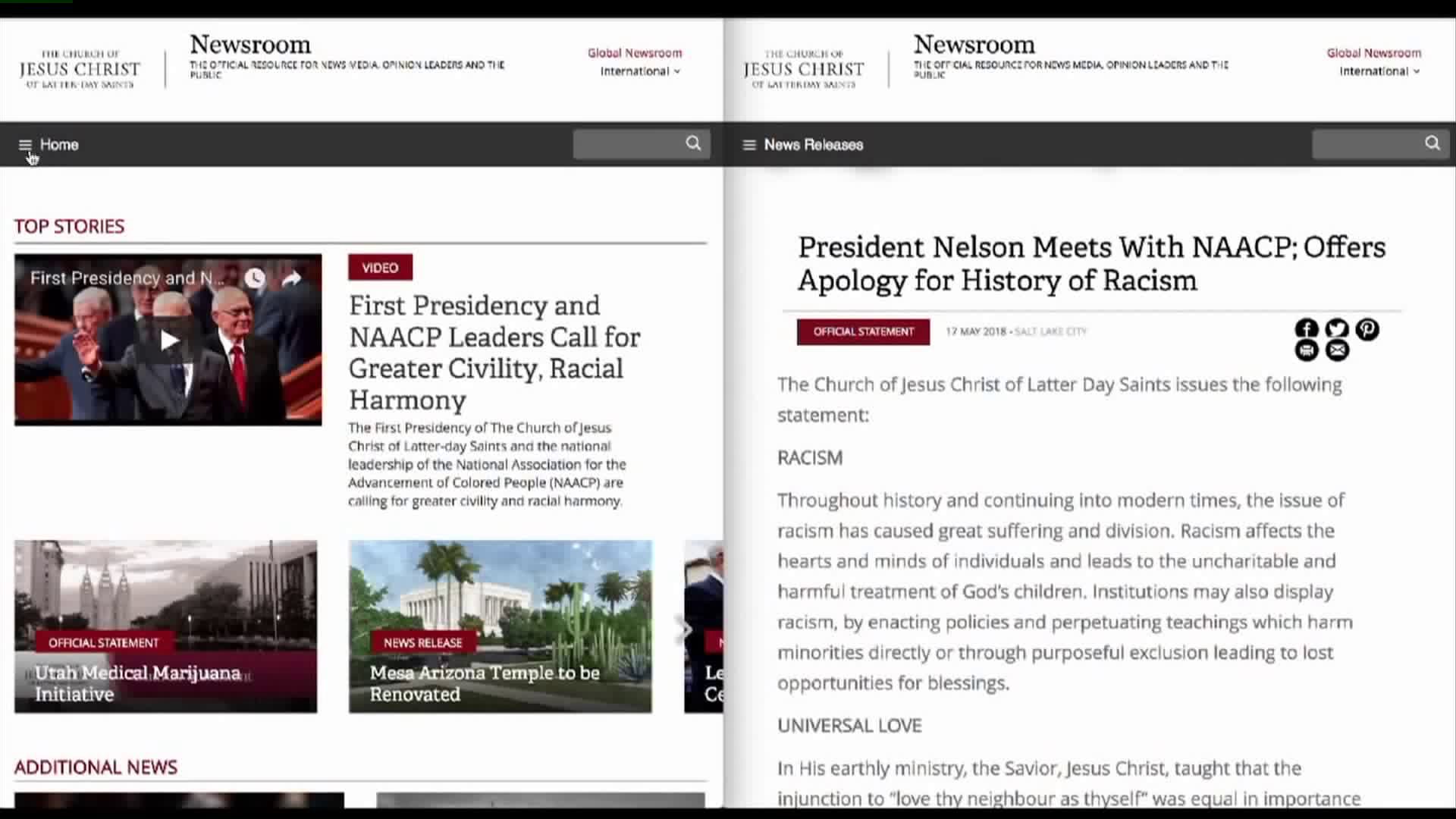 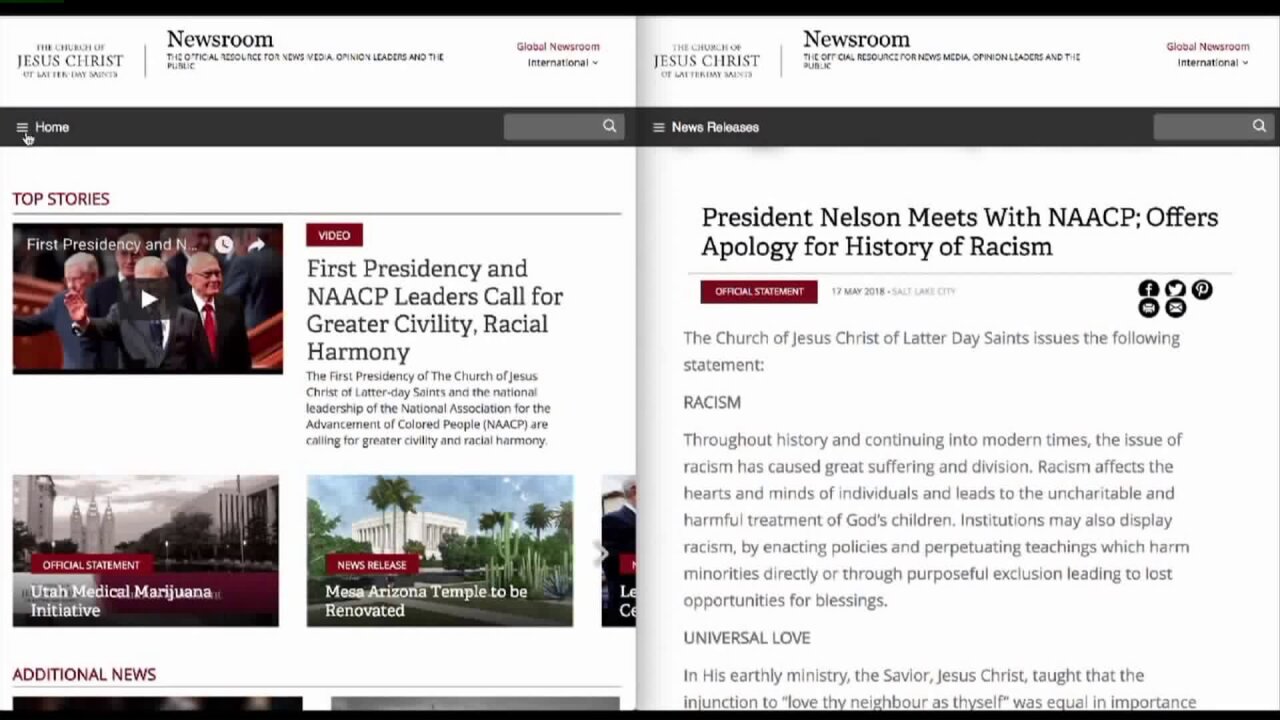 SALT LAKE CITY -- An elaborate, fake website is creating a lot of controversy and heartache among some members of The Church of Jesus Christ of Latter-day Saints.

The page claimed to contain an apology over what it called the LDS Church's "history of racism".

It showed up on social media before LDS Church leaders actually met with the NAACP Thursday morning.

“When people think it’s real they are elated, there are profound expressions of joy and remarkably of increased faith in the church and increased respect for President Nelson” said Jonathan Streeter, the man who created the fake Mormon Newsroom website.

And when people saw this headline that the leader of the LDS Church “offers apology for history of racism”, they thought it was real because the fake page looks almost identical to the church's Mormon Newsroom website, which is their official source for LDS Church news.

“I felt confident people would see the headline and just glimpse at the article and the beginning of the article and accept it because it fulfilled their aspirations for the high ideals they have for the church,” Streeter said.

It started spreading, but then people realized it was fake and that the difference in the websites was a hyphen in the URL.

“When I read it I cried. I cried real tears and I prayed a real prayer of gratitude to my Heavenly Father and it turns out it was fake,” said one woman who posted a live video on the Facebook page Sistas in Zion.

That's just a small glimpse into the heartache that's being shared online, many slamming the person behind the fake page

“They can either criticize the leaders of the church for not living up to that aspirational depiction in the parody website, or they can hate me for creating it,” Streeter said.

He says the anger surrounding the fake page is proof that the LDS Church needs to make a formal apology for its history of racism.

“I don’t know if this one thing that was a 12-hour flash in the pan is going to do that but I’m hopeful for the types of discussions to see going forward,” Streeter said.

But some members don't see it as starting a discussion.

“You have broken so many hearts,” said the woman during her Facebook live video.

Fox 13 reached out to the LDS Church for comment regarding the hoax, and a spokesman said they are not commenting.

You can see more of Streeter's remarks in the video embedded below: