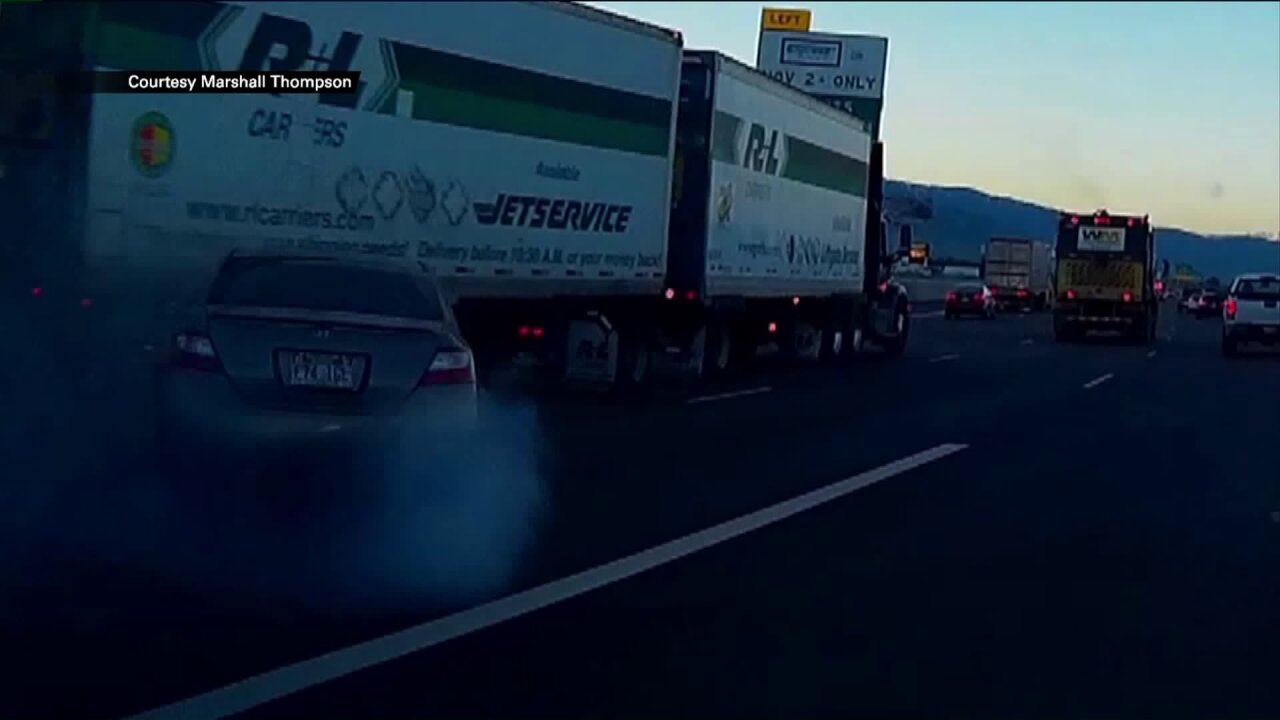 A camera installed in Marshall Thompson’s car captured the moment when a car with four people inside collided with a semi truck, causing one of the semi’s trailers to tip.

“He just cut right into traffic and he lost control,” Thompson said when describing the crash. “It started spinning and he spun right into the semi-trailer.”

Thompson shared his video with FOX 13.

The car that caused the accident was trying to get away from police.

As the fiery wreck was happening just feet away, Thompson didn’t have much time to react.

“As I saw the car start spinning, I was like, I gotta do something, I gotta stop,” Thompson said.

After he came to a stop, Thompson offered to help police.

He can be heard on the video asking, “Do you need any assistance?”

Police responded,”No, stay in your car.”

Nobody was seriously injured. Police took the four people in that car into custody without incident.

Thompson is amazed the truck driver was able to limit the damage by avoiding hitting other cars.

“The Truck driver was able to hold the truck together and not cause any other accidents,” he said.

Thompson has been making the commute from Layton to Salt Lake City for more than a decade.

“I usually start off early, mainly to beat the traffic,” he said.

He still managed to arrive to work on time.

But only after a commute he will never forget.

“I reviewed the video a few times and thought, that kind of looks like something I watch on TV,” Thompson said.