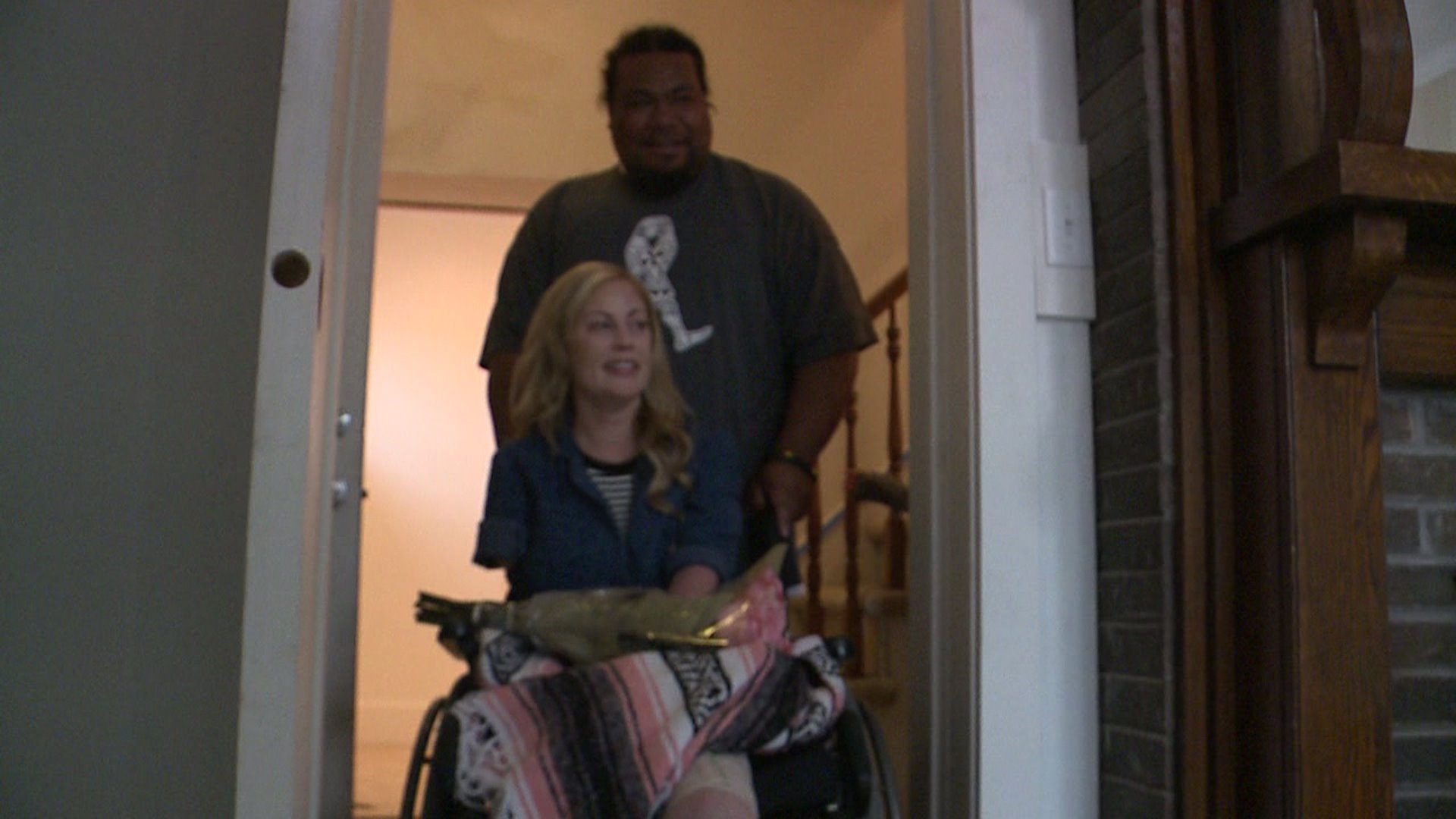 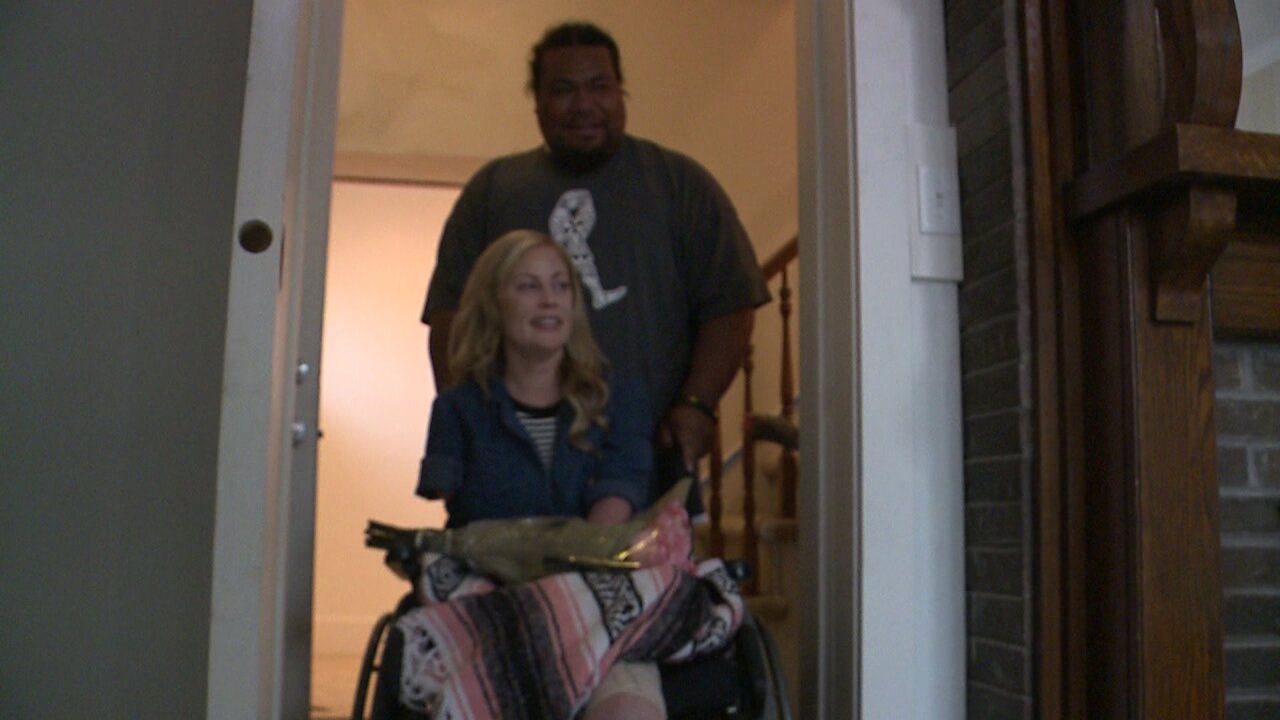 SPRINGVILLE, Utah -- One Springville mother of six had both her arms and legs amputated earlier this year, and Saturday local subcontractors and her community came together to give her a new home.

“Today we’re doing the reveal,” Jen Rogers, one of the remodel organizers, said. “We’ve done all new tiles so that it’s wheelchair friendly.”

Rogers said they gutted the old house and put in a new kitchen, bathroom and landscaping for Tiffany King and her family.

King is a quadruple amputee, having lost the oxygen in her arms and legs after contracting pnemonia following neck surgery, and going into a coma.

Her fiancé Mo Fonohema said it’s hard, but he’s just happy that she’s still with him and their family.

“I get to bring her home,” Fonohema said. “A lot of people don’t get that.”

After two weeks of construction, motorcycles escorted King and her fiancé to their neighbors waiting to greet them at their front door.

“There were so many people here, clear down the road,” King said. “Everyone that put the house together, they haven’t slept, they haven’t eaten just to try and pull this together in time, it’s amazing.“

Rolling into her newly remodeled home brought emotions for everyone there.

With her home adapted to her needs, now King said she’s working on getting her prosthetic limbs so she can learn to live again.

But for now, King said she has happy tears for all of the people who have visited her in the hospital and helped with the home. A remodel reveal that came just in time for the weekend.

“This is the best Mother’s Day present ever,” King said. “To come home.”