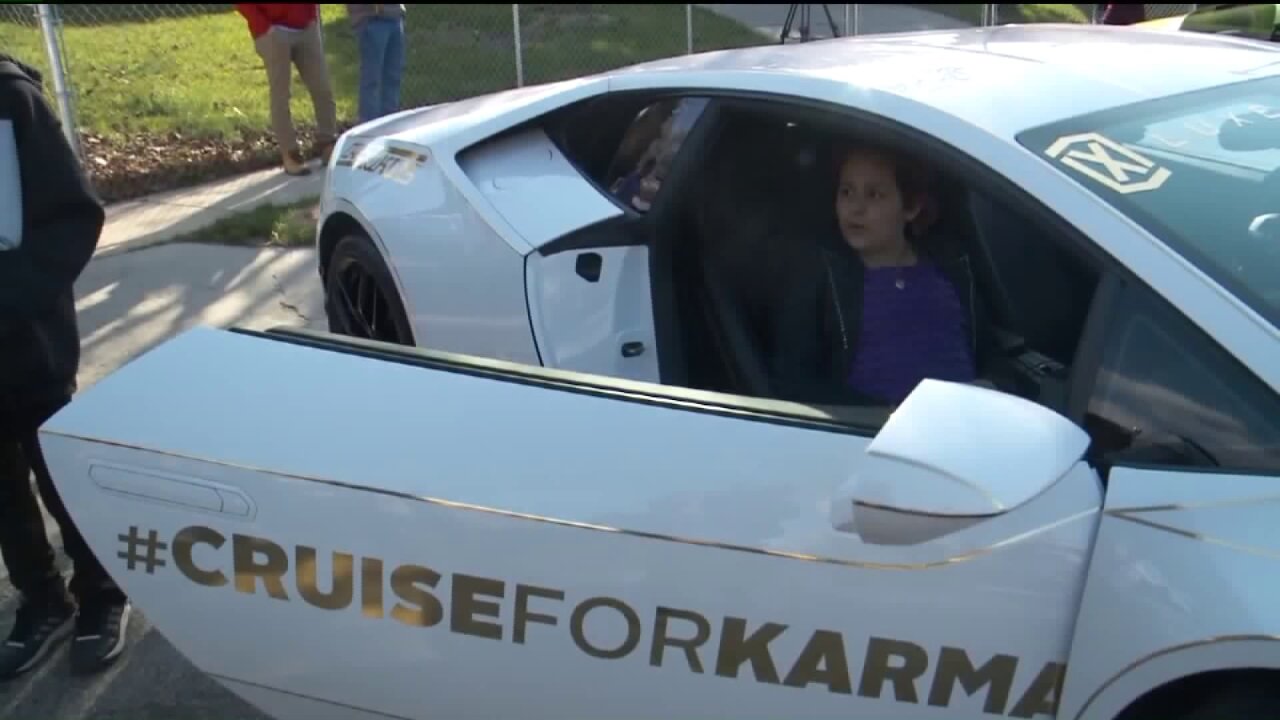 WEST VALLEY CITY, Utah – With only a couple weeks to live, an 11-year-old West Valley City girl wrote down a ‘bucket list’ of things to do before she passed.

“I wanted to go shopping, go to prom, and ride in a Lamborghini,” Karma Maestas said.

A couple days ago she went shopping; Thursday night she went to a prom her parents helped organize at a local hotel—which left only one more thing to cross off.

“It’s like an adrenaline rush of excitement,” Maestas said of the entourage of Lamborghinis that came down her street Friday, stopping right outside her front door.

“It’s not what I expected at all,” said a smiling Crystal McBride, Karma’s mom.

It’s one of the few times the family has been able to smile in a while after a diagnosis last week. After battling cancer, and more than 30 rounds of chemotherapy, the family had thought Karma’s cancer was gone. Last week, a doctor broke the news that a stomach tumor had appeared and that Karma only had two to four weeks to live.

“We’re cruising for Karma,” said Peter Jurkic, who showed up to a Salt Lake luxury dealership Friday along with hundreds of other drivers in performance cars.

“She enjoys cars and wants to come out, and this is one of the things she wants to do," he said. "We’re all just coming together to make her happy.”

L.T. Weese with the Military Task Force posted about Karma’s situation on Facebook. Within 48 hours, hundreds had turned out to show her love.

At the end of the day, Karma says she only has one more wish.