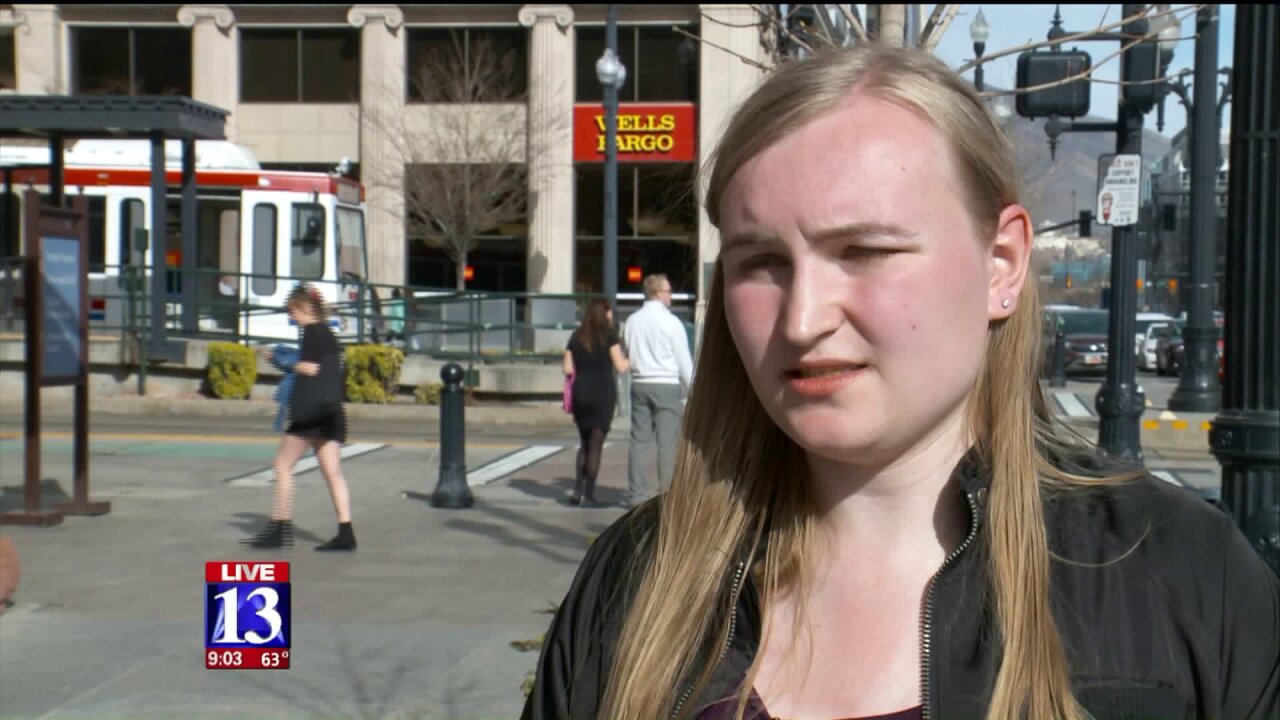 About twenty minutes into the session, she shouted, “stop protecting sexual predators.”

In an exclusive interview with Fox 13, Crystal Legionaires said she was the person responsible for the outburst. She said recent allegations of sexual abuse in the LDS Church inspired her to act.

“This is the new presidency, and with a new presidency we need to reflect on the old and the things that have been problematic in the church,” Legionaires said.

Legionaires said she raised her hand in opposition during the sustaining of the general authorities, but realized that act wasn’t enough to make a point.

“We need to focus on all the individuals who are neglected and forced to be silent,” she said.

She referenced the recent case involving a woman who accused a Missionary Training Center president of sexual assault.

“There was a woman who was sexually assaulted by her MTC president, and he even admitted to it on a recording and even with that, the response from the church was: We don’t have enough evidence. We aren’t going to do anything,” she said.

The church declined to comment on Saturday's protest, but recently said it does not tolerate sexual violence.

Church members inside the conference center were startled by the interruption.

“She was actually sitting right across from us and it scared me more than anything,” said Brenna Pincock.

Some questioned the timing of the protest.

“No, I don’t think it’s the right time and place,” said Hyrum Ward, who attended the session with his family. “I suppose they have their freedom. But it’s a little bit disruptive.”

Others reflected on Legionaires’s message.

“It causes you to wonder what’s gone on that someone would want to do that,” said Michael Carthew. “Then you focus on why you’re there and the peace that you feel and what it means to you.”

Legionaires said she wasn’t cited or fined for the incident but security did escort her from LDS Church property. She stands by her actions and hopes the church does more to make a difference.