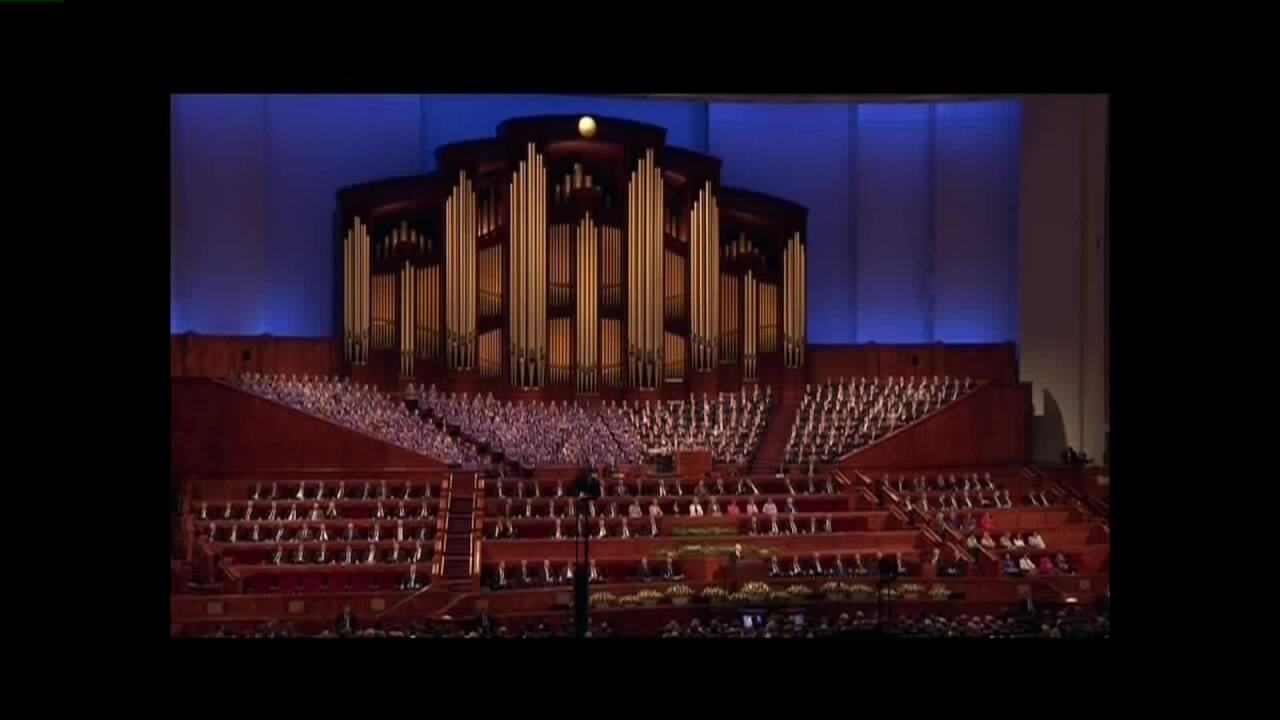 SALT LAKE CITY -- There was an outburst Saturday during The Church of Jesus Christ of Latter-day Saints' semi-annual General Conference as a woman in the crowd yelled "Stop protecting sexual predators."

The moment occurred during the Saturday afternoon session as President Dallin H. Oaks, first counselor in the First Presidency, was inviting newly called members of the leadership to take their seats on the podium.

As the groups were walking up to take their seats, a woman in the crowd shouted: "Stop protecting sexual predators!"

Crystal Legionaires said she yelled the sentence three times, and later Saturday she spoke to Fox 13 about her reasons for speaking up. Click here for that interview.

The shouting could be clearly heard in the worldwide broadcast of the event, which reaches millions of Mormons across the globe. See below for the video:

Legionaires said she was not cited or fined, but she said security did escort her from LDS Church property.

The outburst comes as the LDS Church has been responding to allegations of sexual assault at the Provo Missionary Training Center.  The outburst also comes one day after hundreds of people marched in Salt Lake City to oppose questions of a sexual nature during one-on-one "worthiness interviews" conducted between LDS leaders and LDS youth.

A spokesman for the LDS Church declined to comment on the outburst when contacted by Fox 13 Saturday.