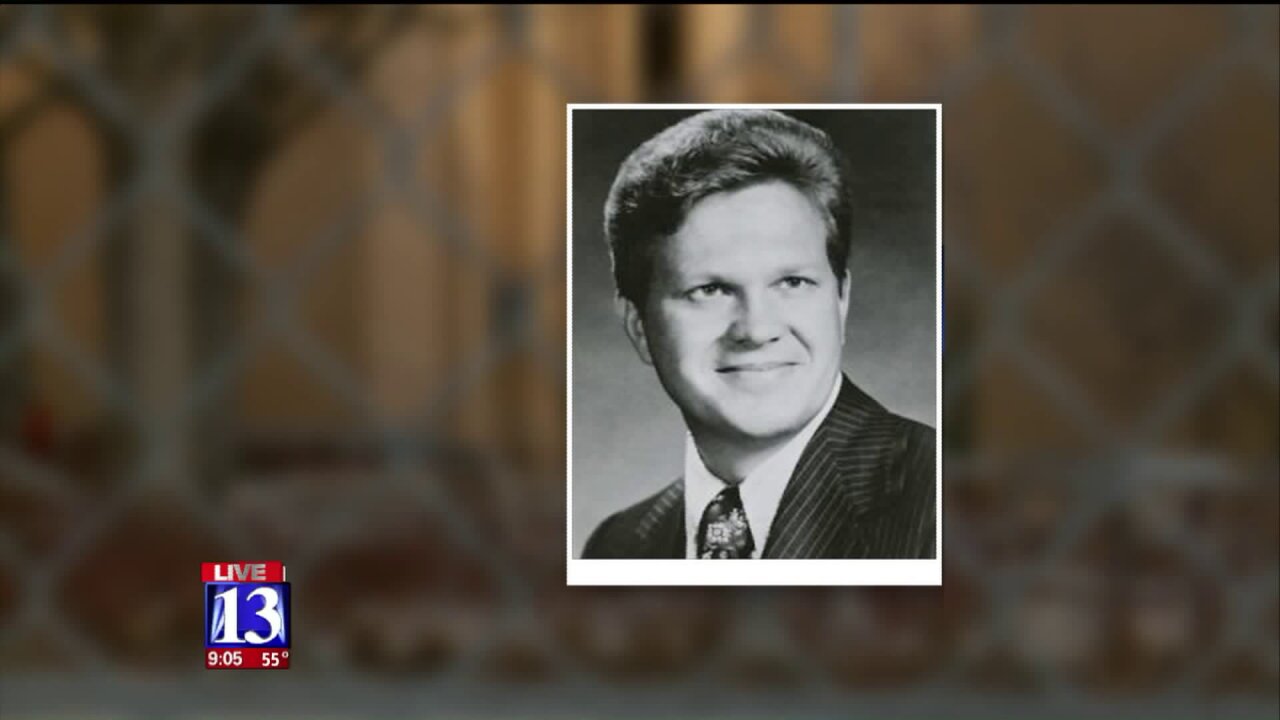 PROVO, Utah - It is a recording you first heard Tuesday: a woman accusing her former mission president at the Provo Missionary Training Center of raping her 34 years ago.

Now Joseph Bishop's son, who is also his attorney, says not only does his father deny the allegations, but the family is questioning the accuser's credibility.

Audio recordings captured a recent conversation between Bishop and his accuser.

Woman: "But you also kind of groomed me, a little bit, and you took me down into the basement, it wasn't really a basement, but it was downstairs, a little storage room.”

Joseph Bishop: "You ought to be."

In a recording from December of last year, you can hear the voice of the now 55-year-old woman confronting 85-year-old Joseph Bishop about the alleged abuse she claims happened in 1984 while she was a missionary and he was her mission president at the Provo MTC.

Woman: "Do you remember tearing my blouse, pulling up my skirt, ripping the back of my skirt and trying to rape me? But you didn't, because you didn't have a full erection. You don't remember that?"

Woman: "You have no [expletive] idea the pain you have caused me and other women. You have no idea."

Bishop's son says he denies the allegations. However, in a BYU Police report [PDF] released to the media Wednesday, Bishop allegedly admitted to taking the young missionary into a small room and asking her to expose her breasts, which she did.

Bishop's family told Fox 13 they question the woman's claims because of her "long history of false accusations and criminal activity."

The family sent Fox 13 documents that list more than a half a dozen times the accuser claimed she was sexually or physically assaulted.

One of those incidents was in 1999, where the woman claimed she was assaulted in a parking lot by two men, then asserted legal claims against her place of work for failing to have proper security.

Police reports show the case was unfounded and states, "the complainant has confessed to providing misleading and incomplete information... "

There was another claim of sexual assault made 10 years earlier while on her mission. The accuser says she was struggling with what Bishop did to her and wanted to go home.

Woman: "Pretended somebody in the [expletive] parking lot tried to rape me, because I was having an anxiety attack and I didn't want to tell anybody."

Other incidents ranged from allegedly lying about cancer treatments for money, forging prescriptions, and DUI. Police documents show the woman also claimed a restaurant put razor blades in the icing of a chocolate cake—only for police, doctors and psychologists to say she did it intentionally.

While Bishop's family is attempting to cast doubt on her character, during the recording Bishop appears to confess to assaulting other women.

Woman: "Did you molest her?"

Fox 13 reached out to the accuser and she referred us to her attorney, who said she has certainly made mistakes but that the family's defense is a smear campaign aimed at discrediting her.

The woman is expected to speak publicly about the case in the next several weeks.

MormonLeaks—who originally released the recording—said in part: "MormonLeaks chose to publish the recording as we believe it furthers news reporting, public commentary and criticism related to sexual abuse within Mormonism. We stand by this decision."

The LDS Church issued a response to the allegations Tuesday, click here for that statement.

The original transcript and the recording of the conversation posted by "MormonLeaks" can be found here.