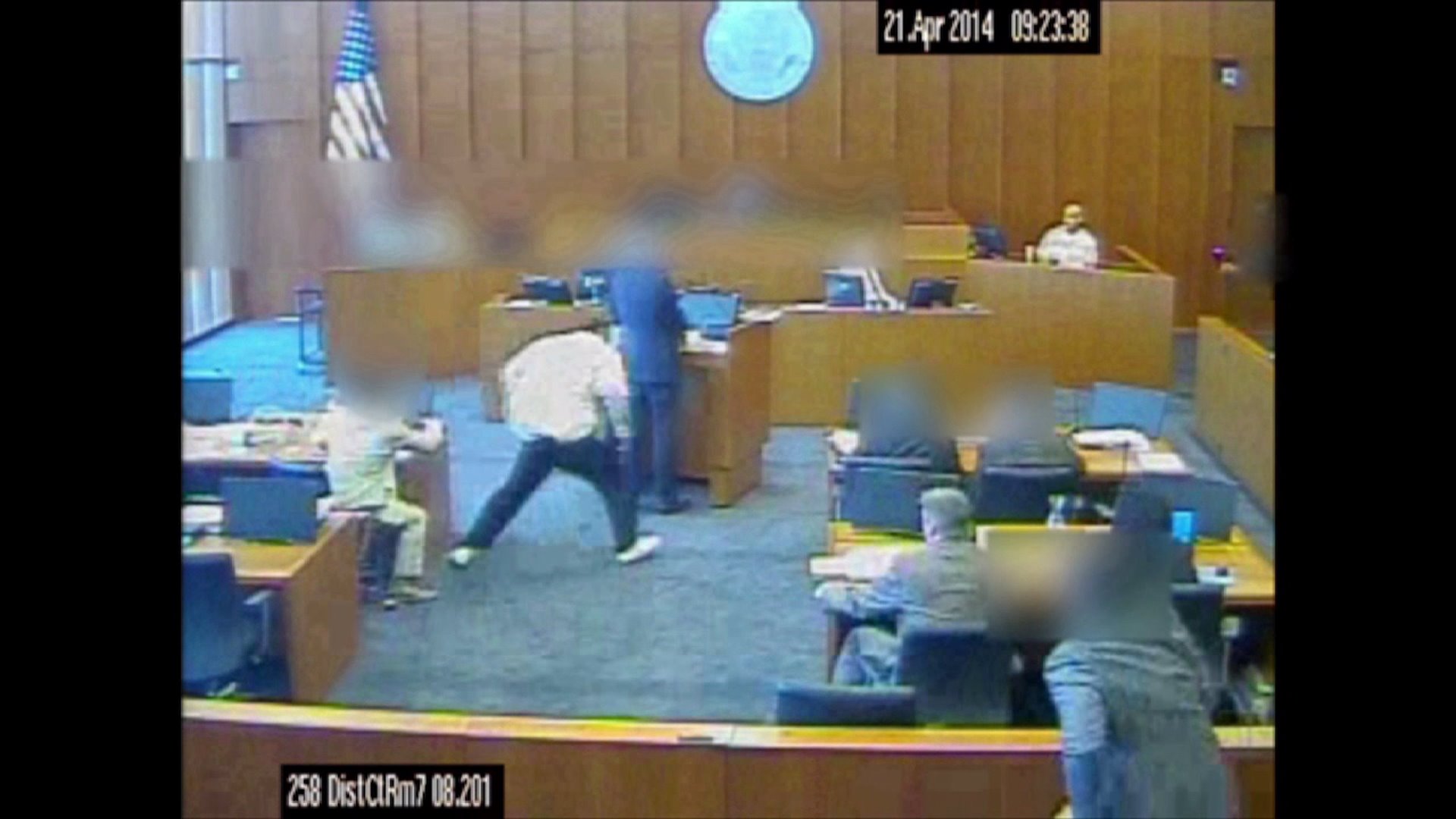 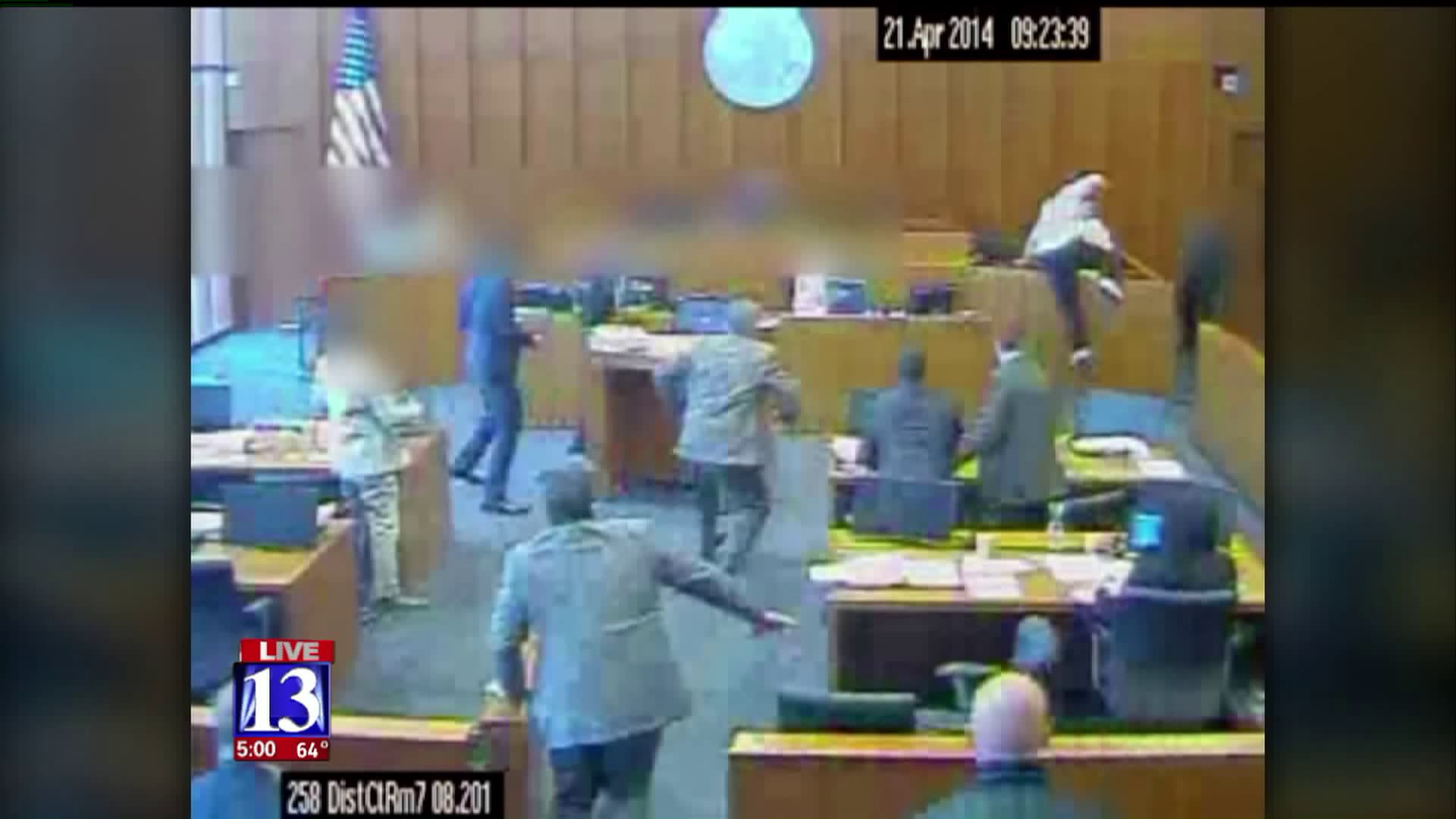 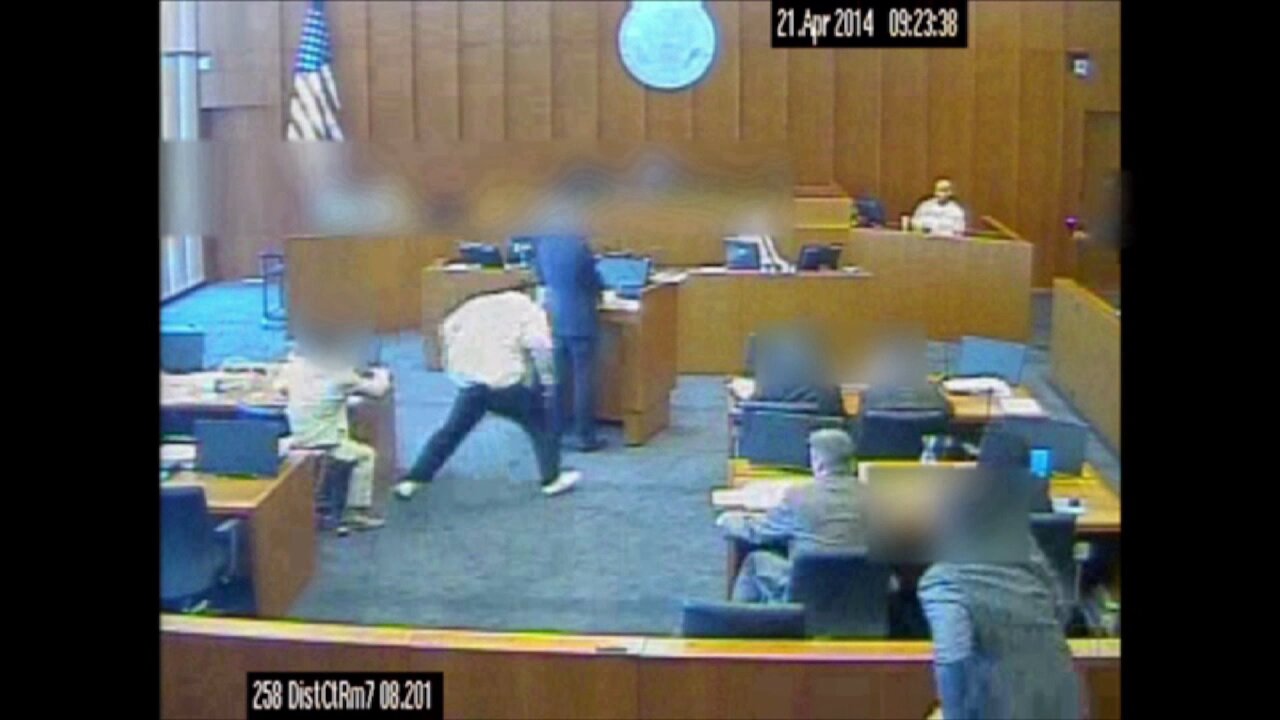 SALT LAKE CITY - Authorities on Monday released video of a US Marshal shooting an accused gang member who attacked a witness with a pen inside the Salt Lake City Federal Courthouse.

The video from 2014 shows Siale Angilau leaving the defense table, picking up a pen and rushing at a witness who was testifying.

United States District Judge John E. Dowdell granted the summary judgment Friday and dismissed the plaintiff’s excessive force lawsuit.  Dowdell also ordered the release of the courtroom video, which had been the subject of a lengthy court battle involving media outlets, including Fox 13, over freedom of information and the First Amendment.

Angilau’s family argued the use of deadly force was not permissible in this case and claimed that the deputy fired several shots into Angilau’s back after he was already incapacitated.

The judge disputed these claims saying the deputy and witness were boxed into a corner with no room to escape the attack and the deputy had reasonable belief that Angilau was going to harm or kill the witness or other innocent bystanders.

Click here to read the full details on the case.