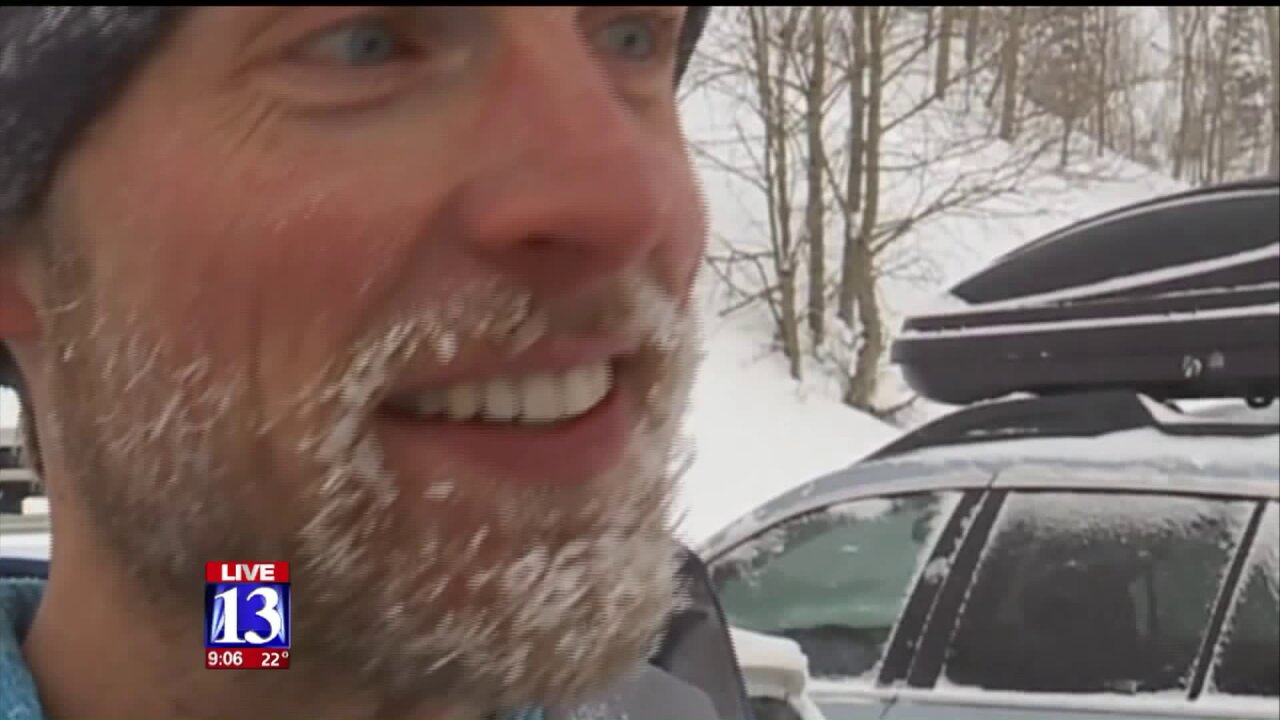 SALT LAKE CITY -- “It's finally starting to look like winter in the middle of February,” said Ted Merritt of Salt Lake City.

“It takes a couple hours to climb to the top and a couple minutes to get to the bottom, but it's always worth it when you find bottomless power,” Merritt said.

“It was unearthly amazing,” said Jens Tenbroek of Salt Lake City. “It's the kind of thing I live for.”

Even though avalanche conditions are moderate to considerable along the Wasatch Front, skiers are prepared with beacons, shovels and airbags.

“Always concerned and always as safe as possible,” Tenbroek said.

Despite the warm winter, there have been several close calls in Utah this season. An avalanche buried a skier at Snowbasin, and in Logan Canyon snow tore through a hillside trapping a snowmobiler.

While they got out alive, avalanches claimed the lives of two Utahns this season.

Brennan Walpole of Spanish Fork was killed after an avalanche was triggered while he was snowmobiling in Afton, Wyoming.

And in Jackson Hole, Alex Marra of Orem was skiing when he was trapped in an avalanche.

Tragedies we haven't seen on Utah's mountains this winter marked a major milestone for last year—it was the first time in 26 years no one was killed in an avalanche.

We're on track for another year. So skiers are out here enjoying the fresh snow and respecting the backcountry.

“It's exciting, man, I was kind of giving up on winter so I'm excited to have some snow to play in,” said Rob Scrivner of Colorado.

The Utah Avalanche Center says increased winds could hit this weekend so check conditions before you go.