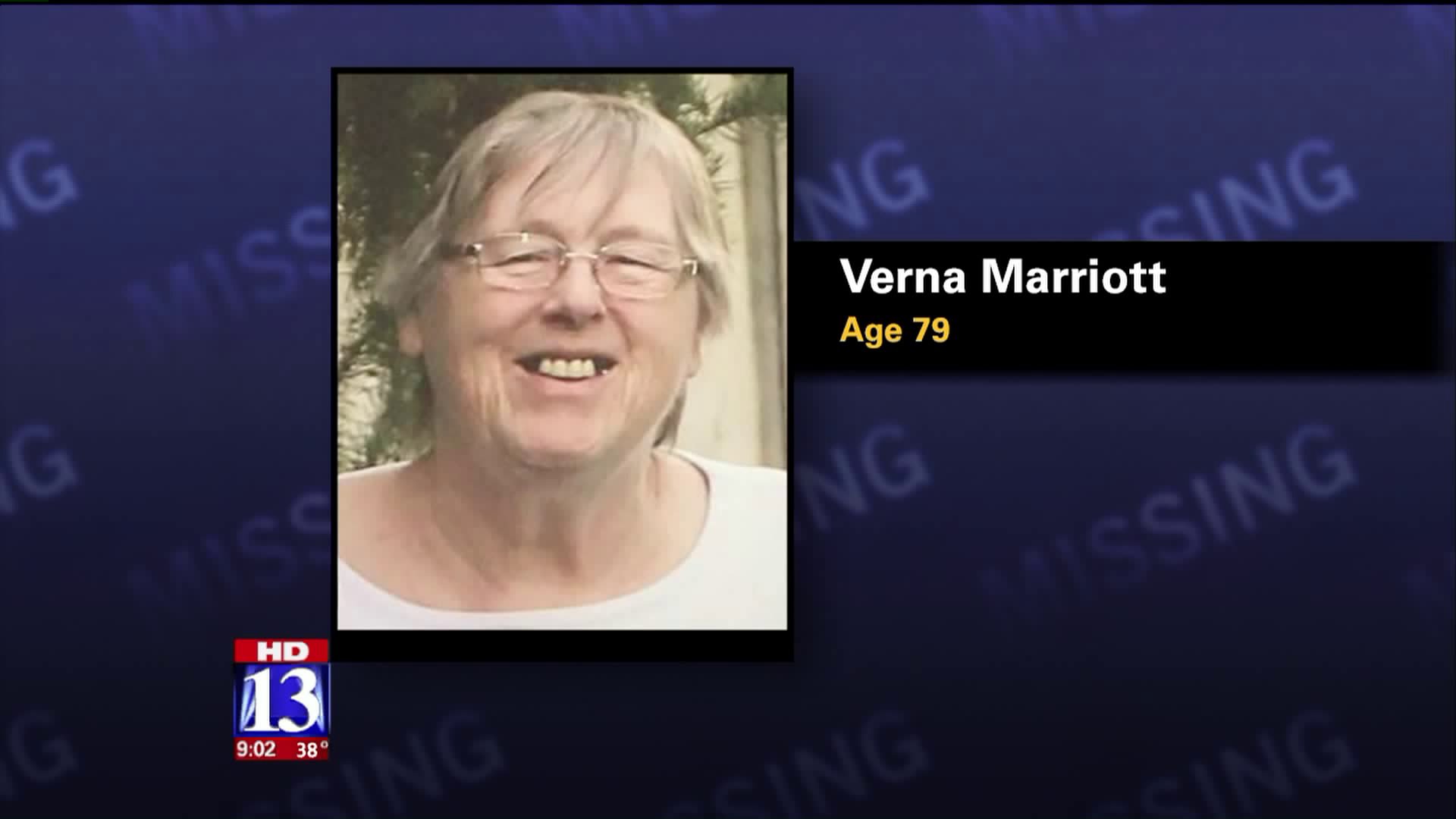 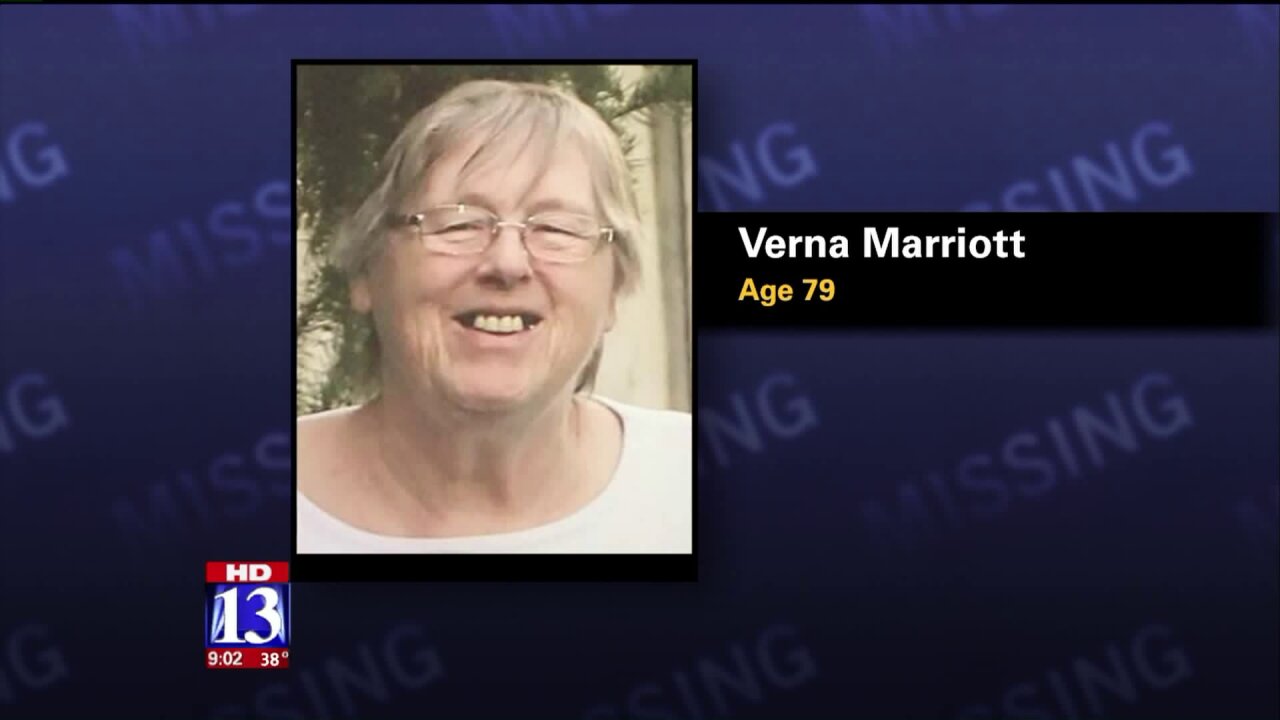 UPDATE: Ogden Police confirmed Saturday that Marriott was found deceased and lying in the snow alongside a residence a few blocks from her home in Ogden.

OGDEN, Utah -- Ogden Police are asking the public for help as they work to locate a missing elderly woman who suffers from dementia.

Police say 79-year-old Verna Marriott suffers from dementia and is believed to have left her home near 428 29th Street sometime between 2 a.m. and 10:30 a.m. Friday.

Marriott is pictured in this article. Police say she stands 5-feet, 1-inch tall and weighs about 180 pounds. Her hair is gray and brown.

Marriott uses a walker and her caretaker told police that the woman was not wearing any shoes when she left the house and does not walk very well on her own.

Lt. Tim Scott with Ogden PD said police and fire crews are actively searching the area near the woman's home. He said Marriott has wandered from her home before and that her family typically sets an alarm system but forgot to do so Thursday night.

The woman was gone Friday morning when they awoke. The family searched by themselves for some time before reporting her missing to police around noon.

Police say she has been known to walk to nearby convenience stores, but search parties focusing on those areas have not found her.

Anyone who sees the woman should call Ogden PD or their local police department. Ogden PD's non emergency number is 801-395-8221.