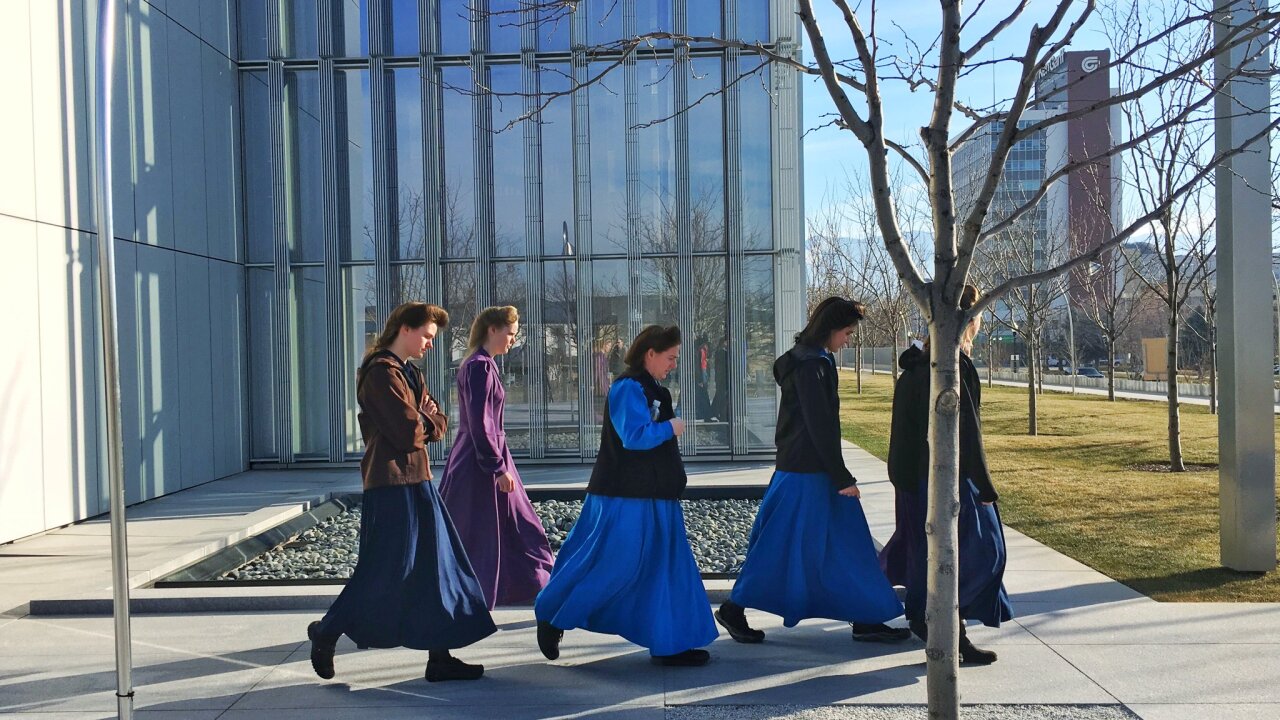 Add that to the back wages he and the Fundamentalist LDS Church owe for a 2012 child labor violation.

Warren Jeffs has consistently refused to answer many lawsuits filed against him and the FLDS Church, so default judgments have been entered against them. Now comes the hard part -- collecting.

"They owe a lot of money to a everybody," said Sam Brower, a private investigator who works for lawyers who have sued the FLDS Church in the past and tried to collect.

The FLDS Church lives under a "united order," where members give all they have. But Brower said their money is scattered amongst companies owned by individual members or trusts set up in different states. The bulk of the FLDS Church's assets is in land across many states.

RELATED: Warren Jeffs, in a cage and under oath

The church had a ranch in Texas that was seized by the state following Warren Jeffs' conviction on child sex assault. They have a compound in South Dakota. There's also property scattered across the western United States.

"When you look at it as a church, they don't show any assets," Brower, who wrote the book "Prophet's Prey" about the FLDS Church and likened it to an "organized crime syndicate" in how assets are hidden.

"You have to be very tenacious. You can't give up," he said.

Elissa Wall recently won a $16 million judgment against Warren Jeffs and the FLDS Church over her marriage at age 14. She was the star witness in Utah's criminal prosecution of the polygamist leader, then turned around and sued him. The case stretched a decade in Utah's courts until a judge awarded her millions -- including punitive damages.

In an email to FOX 13, her lawyers said they would pursue the church to collect.

"We are committed to zealously pursuing collection efforts in Utah, Arizona, South Dakota, Colorado and in any state or country where the FLDS Church is the actual or de facto  owner of property," attorneys Alan Mortensen, Michael Worel and Lance Milne wrote in a joint statement.

"We are committed to doing such on behalf of Elissa Wall in order to compensate Elissa for her injuries, in order to punish the FLDS Church and Warren Jeffs for their long history of abusing children and in the hopes that the FLDS Church will change its behavior as it relates to young children, education and belief."

Wall's attorneys told FOX 13 they would be working with Utah Attorney General Sean Reyes' office to collect. A provision of Utah law allows the state to get half of any punitive damage over $50,000. The state could collect millions.

But some ex-FLDS members have worried that those who may ultimately pay for the sins of church leaders are poor members.

Lyle Jeffs, who struck a plea deal to food stamp fraud and fugitive from justice-related charges, will be required to pay $1 million restitution under the terms of his bargain. Jeffs and 11 others were convicted in a massive food stamp fraud scheme, where rank-and-file members were ordered to hand over Supplemental Nutrition Assistance Program (SNAP) benefits to church leaders to do with as they wished.

"On the one hand, it seems like a small amount in comparison to the harm done and the amount that was fraudulently used," said ex-FLDS member Brenda Nicholson. "But, on the other hand, I'm concerned that the people who already had their food taken from them, through the exploitation of their faith, will now somehow end up being required to sacrifice again and donate to help cover this."

RELATED: FLDS towns don't use the most food stamps, but they do get a lot of money

An image by CNN of the 2012 pecan harvest in southern Utah where hundreds of FLDS children were put to work in what federal authorities claim was a violation of child labor laws.

In its own fight, the U.S. Department of Labor has asked for back wages and an order that an FLDS Church-linked company cannot use child labor for any of its projects in the future. It stems from child labor violations found when hundreds of children were put to work on a southern Utah farm in 2012.

"If you've got attorneys that don't care what they're doing to people's lives, this is an easy target," said Willie Jessop. "But if you look past who's paying that money and how they're paying, it's a tragic mess."

Jessop, who served as a one time spokesman for the FLDS Church, sued and alleged he was blackmailed and pressured to lie for Warren Jeffs, then retaliated against. He won a $30 million judgment after Jeffs and his brother, Lyle, and other FLDS leaders did not respond to the lawsuit.

Jessop told FOX 13 he has tried to be selective about how he collects on his judgment. So far, he said, he has seized some construction equipment and obtained property (including a home belonging to Warren Jeffs he's turned into a bed & breakfast).

But Jessop said he has been reluctant to be too aggressive, believing FLDS faithful in the border towns of Hildale, Utah, and Colorado City, Ariz., ultimately pay.

RELATED: I stayed at a bed & breakfast in Warren Jeffs' house

"All of the people's assets were given to church leaders. Then I go sue them," he said.

Ex-FLDS member Willie Jessop in a property he took over in a judgment against polygamist leader Warren Jeffs. He turned it into a bed & breakfast. (Photo by Ben Winslow, FOX 13 News)

"Basically, I become the de facto benefactor of Warren Jeffs, which is something I'm not interested in."

There are numerous other litigation actions still pending against Warren Jeffs, Lyle Jeffs and the FLDS Church and related companies. Because of edicts handed down from Jeffs, who still runs the church from prison, the polygamous church has reportedly been losing a number of members.

"It was morally bankrupt," said Jessop. "It's financially bankrupt. How do you have life after Jeffs without revictimizing the people?"