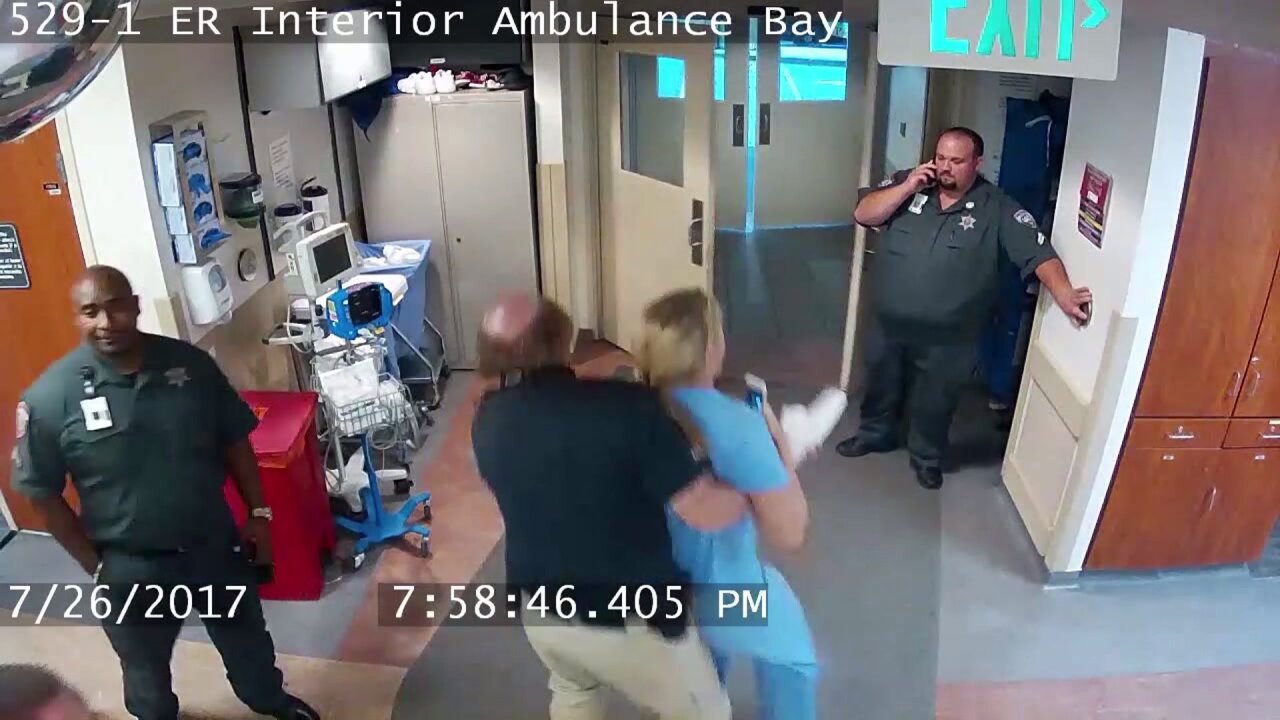 SALT LAKE COUNTY, Utah -- Salt Lake City Police say two employees are on administrative leave pending the outcome of an investigation into the arrest of a Utah nurse who refused to allow a blood draw on an unconscious patient without following proper procedure.

Salt Lake City Mayor Jackie Biskupski announced that as a result of the criminal investigation being launched by the Salt Lake County District Attorney, Detective Jeff Payne will be placed on full administrative leave with pay.

Later Friday night, police stated two employees are on administrative leave. It was not immediately clear who the second employee is.

"This is an ever evolving situation, and we will do what is necessary to fully investigate the issue, uphold the integrity of the Salt Lake City Police Department, and strengthen the trust with our community," said Chief Mike Brown

Biskupski said: "We cannot allow an incident like this divide our community or taint the good work of SLCPD. When I learned of this unacceptable incident last night, I was outraged and will ensure it is fully and independently investigated so our community can heal."

The Salt Lake Police Association is representing the involved officers.

"The Salt Lake Police Association is representing the involved officers during the internal investigation to ensure their rights are protected and that the investigation is fair," the Association stated in an email to Fox 13. "We will not be commenting further at this time."

Alex Wubbels was arrested July 26 after she refused an officer's demand to allow a blood draw on a semi truck driver critically injured in a crash when a suspect fleeing from police hit him head-on.

The full video of the incident as captured by a police body camera can be viewed here.

As Wubbels explained the policy and her supervisor backed her up via speaker phone, the officer suddenly declared "we're done here" and arrested Wubbels. Video of the nurse screaming as she is dragged out the hospital and arrested went viral after it was released at a press conference Thursday.

Friday, DA Sim Gill stated he is requesting a criminal investigation after receiving numerous complaints about the issue.

"In fairness to all those involved I have requested a criminal investigation into the incident so that the District Attorneys office could screen the matter after gathering all the facts," Gill stated. "Our office had not received any materials on the matter thus far and in the interest of justice and given the prima facie evidence a criminal investigation is warranted."

Gill said that both Mayor Jackie Biskupski and Chief of Police Mike Brown have agreed such an investigation is appropriate.

The full statement from Gill can be read below: