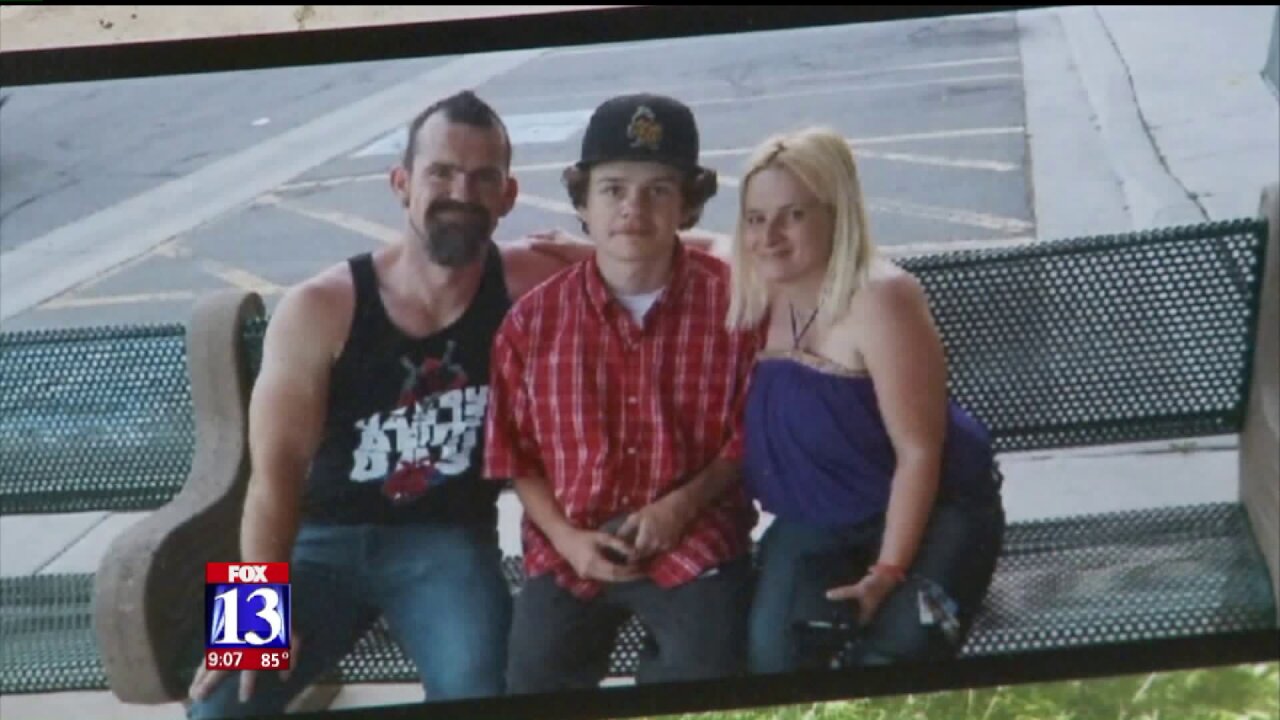 MAGNA, Utah — A teen with gang ties has been arrested in connection with the death of 17-year-old Will Ryan, according to Unified Police.

Will was killed in a drive-by shooting on the night of August 19 near 8000 West and 3380 South. On Thursday, UPD detectives and Metro Gang Unit officials detained a 17-year-old believed to be involved in Will's death.

Detectives interviewed the suspect, who isn't being identified because he's a minor, and booked him into the detention center on charges of murder, aggravated assault and felony discharge of a firearm.

UPD detectives seized a Volkswagen Jetta believed to be a key piece of evidence after the vehicle was found in Woods Cross.

UPD and other Salt Lake Valley law enforcement agencies are working to determine if the shooting is related to other gang-related shootings in the last few months.

The family of Will Ryan spoke to Fox 13 News Friday, and they said their loved one had a history of gang activity but was trying to turn his life around.

"He's a great kid, he had a lot of dreams and a lot of goals in life that he was going to hit," said Corey Ryan, Will's father.

The family said Will fell into gang violence the way many youth do: out of fear.

"A lot of kids get recruited into the gangs just because they're getting bullied, and they find somewhere where they're able to be accepted that helps them from not being bullied anymore," Corey Ryan said.

Will's sister said he was her best friend and they did a lot together. The teen's mother said it has been hard to cope with the loss.

"I  feel lost right now because I don't know what's going to happen, I don't know how to move on without my son," Melody Ryan said.

The teen's parents say Will was working hard to graduate from high school and that he hoped to become a mechanic.

Police say this summer gang violence has ramped up all over the Salt Lake Valley. Earlier this month, a 14-year-old boy was shot to death in a drive-by shooting. West Valley City police say an 18-year-old gang member pulled the trigger.

“It’s just gone to the point where we have people dead, we have people in jail now, and they’re kids,” said Lt. Brian Lohrke with Unified Police Department.

UPD is working with other agencies within the Salt Lake valley to round up the violent gang members and stop others from getting involved with gangs.

“When law enforcement gets involved, often times it’s too late," Lohrke said. "Especially when our violent crimes and gang detectives are out arresting people. We want to get that message out before that happens."