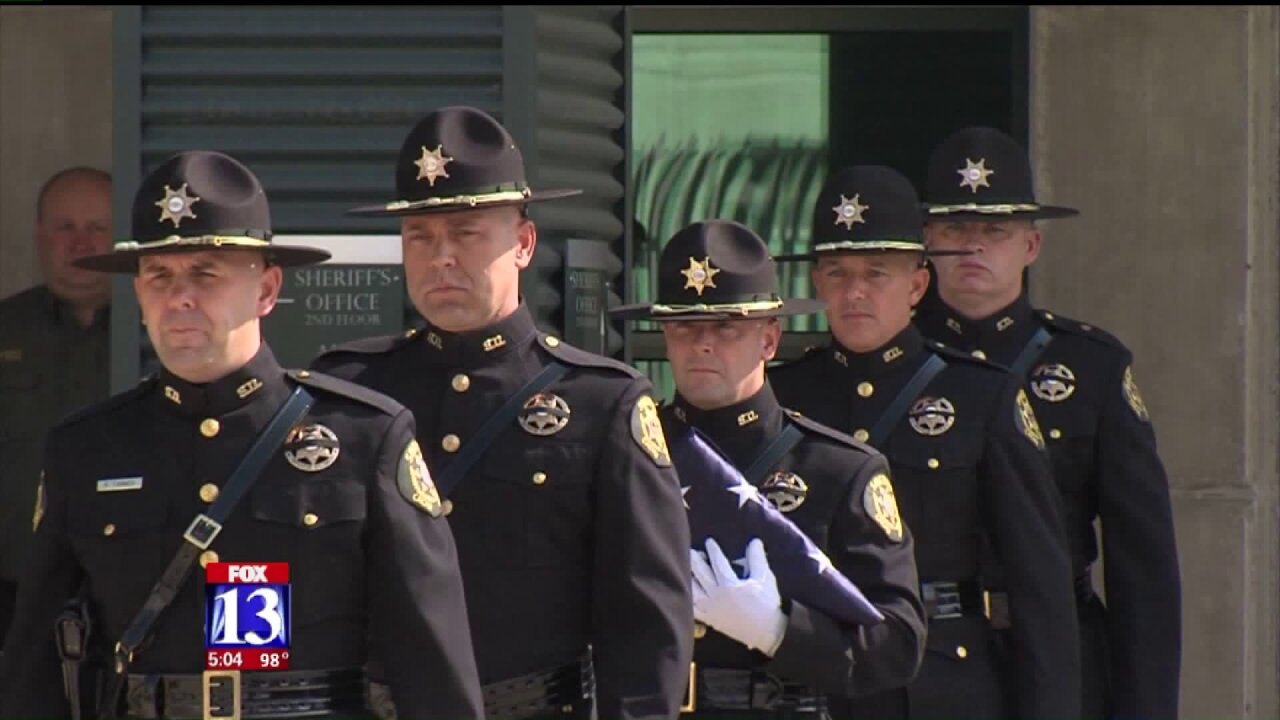 CACHE COUNTY, Utah -- The Cache County Sheriff's Office paid final tribute Wednesday to one of its first K9 officers, who died in an accident about a month ago.

K9 Officer Endy died after his handler left him in a hot vehicle, but Wednesday's event focused on Endy's service and dedication.

The program was simple. The Sheriff's Honor Guard raised the flag, then lowered it to half-staff. There were few words from the unit’s division commander.

“Endy was a perfect fit to the sheriff's office,” said Lt. Mike Peterson. “He had just the right temperament, personality, and seasoned experience to help us establish our K9 program."

“I say to all of you and I say to Endy: that your life was not lost in vain,” he said. “As I pledge to you Endy: We will be better. We will do better.”

“So the handlers will be alerted if they don’t do certain things to shut systems down,” Jensen said. “It’ll make lights and sirens and stuff go off to make sure the dog never gets left unattended."

Endy had a following, and they came out to honor him.

“My kids met Endy at the library when they were doing the reading for the children, and they really fell in love with him” said Christine Roberts, who attended the service with her kids.

Eric Johnson, who was Endy’s previous handler during the K9’s time with Logan Police Department, said Endy’s loss will be felt by many.

“They cried for hours and hours when they heard he had passed,” he said of his family. “They loved him. They loved speaking Dutch to him, which is the language that  he knows.”

Sheriff Jensen says he appreciates the public outpouring of support. Wednesday’s memorial service was paid for by a private donor who wished to remain anonymous.