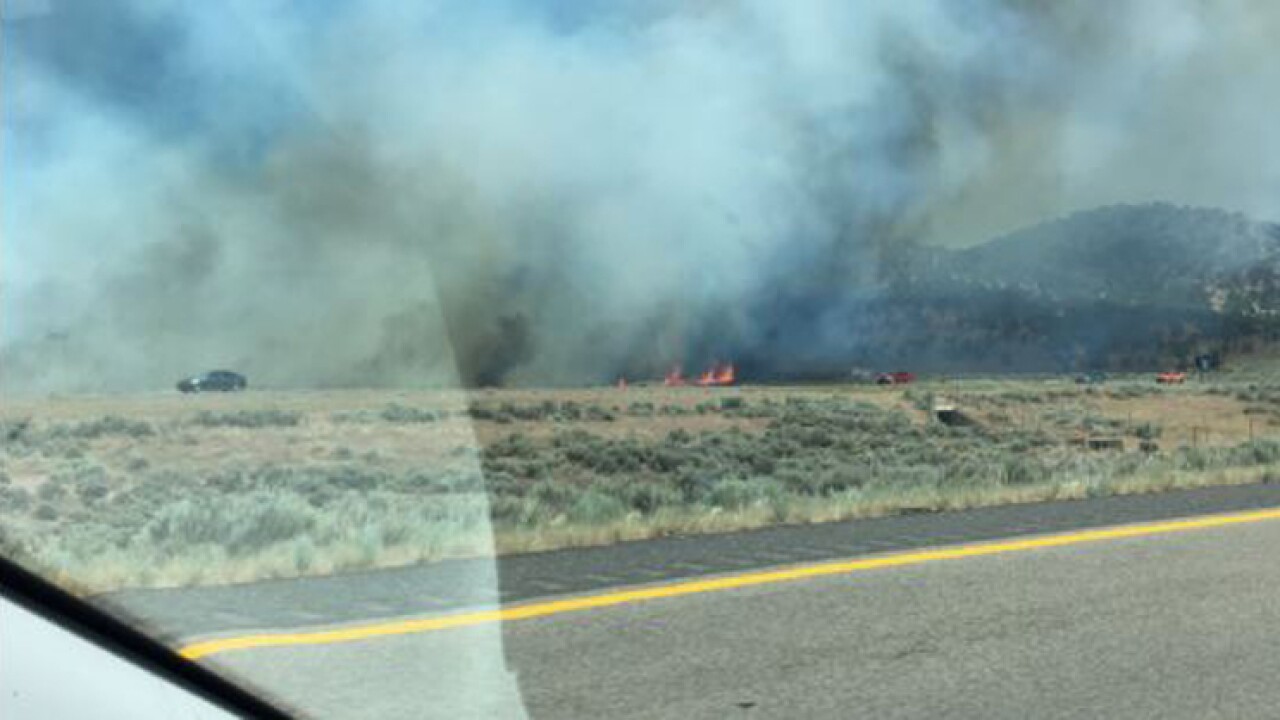 BEAVER COUNTY, Utah — The Beaver County Sheriff is pleading with motorists to use extreme caution after he says they were lucky to avoid a major fire in his county Saturday afternoon.

A grass fire broke out alongside I-15 in Beaver County around 3:30 p.m., and Sheriff Cameron Noel said if an aircraft fighting the Brian Head Fire hadn’t been nearby at the time then they would have had another major fire on their hands.

Noel said the fire consumed about a mile of grass along the freeway in just 15 minutes. He said an aircraft fighting the Brian Head Fire was able to divert and drop a load of water, and he said without that timely assistance the fast-moving fire would have likely spread up onto a nearby ridge and become incredibly difficult to fight.

The cause of the fire is under investigation, but Noel stressed that fire danger is at extreme levels at this time and motorists need to be extra cautious. He said do not throw cigarettes out windows, or even pull your vehicle over off the road in places where there is tall grass.

He said if you see a truck with chains dragging, or a vehicle with a flat tire, report it because even those sparks are enough to start a fire that becomes a major incident.

While the fire near I-15 was nearly extinguished by about 5 p.m., Noel said state fire resources are stretched thin and they need everyone’s help to reduce the risk of new ignitions. He said if they hadn’t been able to divert the aircraft to drop  a load of water on this fire then they would, “have been in trouble.”

Noel said that as of Thursday, Beaver County has a “100 percent” ban on fireworks or any kind of open flame.