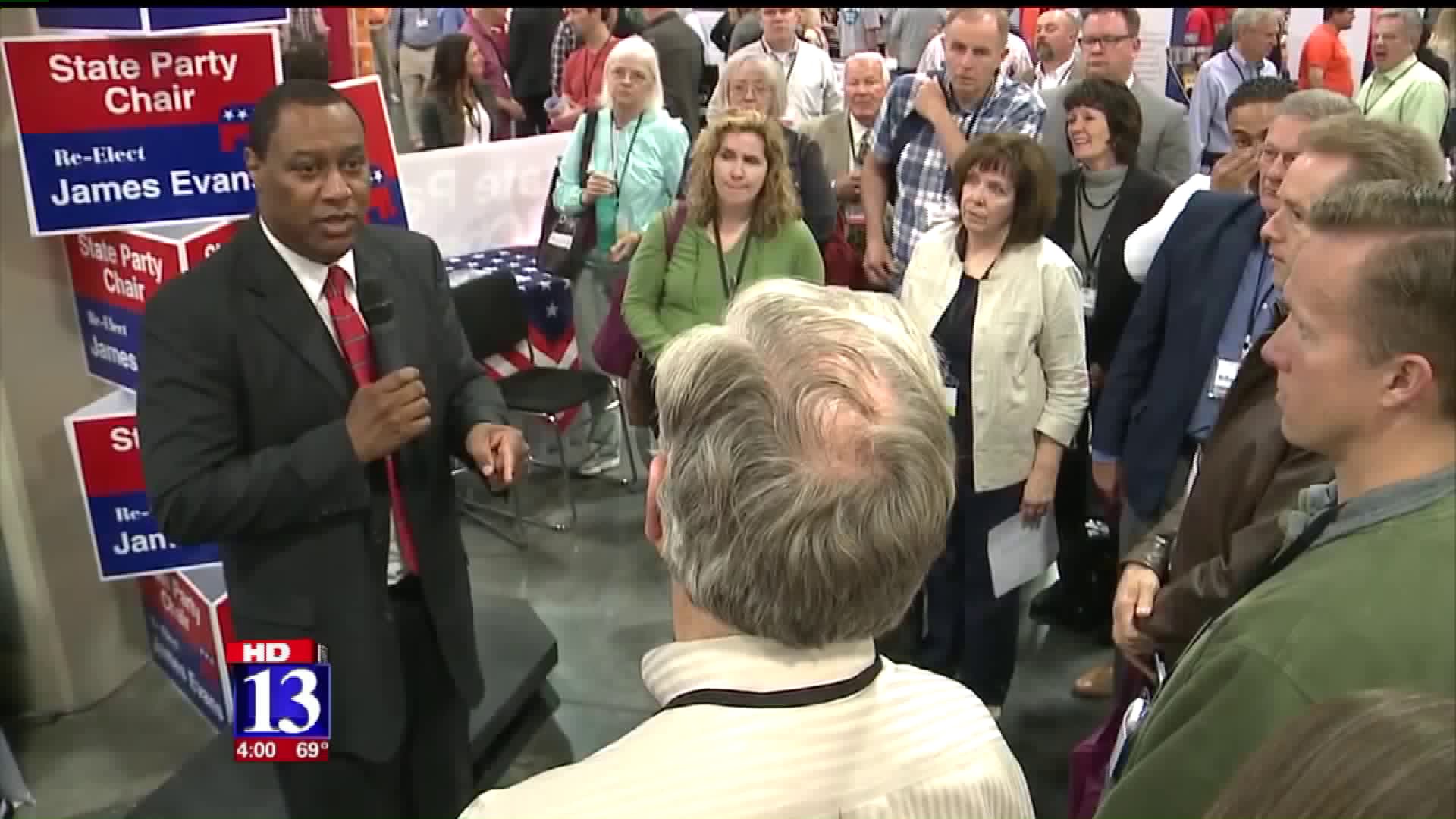 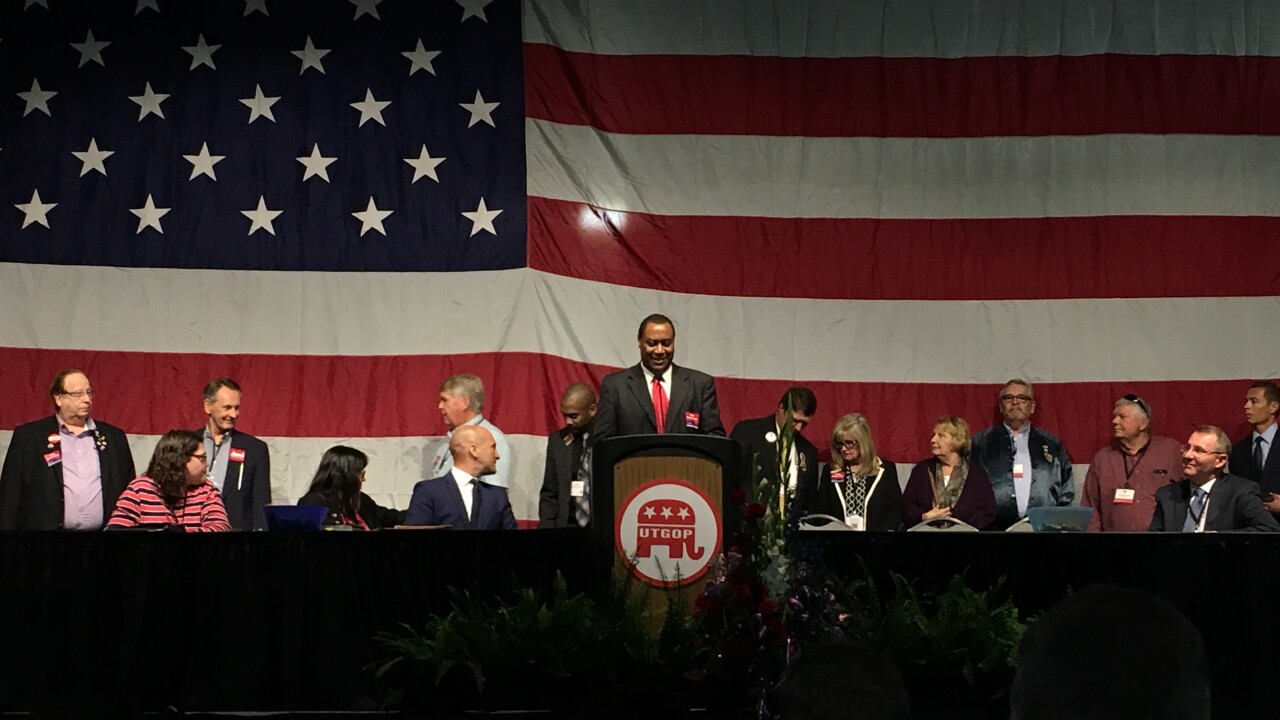 James Evans, who was seeking his third term as party chairman, was eliminated in the first round of voting against his vice-chairman, Phill Wright, and former Davis County GOP chairman Rob Anderson.

Anderson won election as Utah GOP Chairman in the second round of voting with 56% of the ballots to Wright's 43%.

In a sobering speech to delegates, Anderson said the Utah GOP was bleeding money and members. He claimed 36,000 voters were no longer registered Republicans and the Utah Democratic Party was gaining members.

"We are a house divided," he told the crowd, later adding. "Four years ago, no one would have thought that Utah, the conservative citadel, would face such a circumstance. Yet here we are."

Anderson also claimed the Utah GOP is $400,000 in debt. He vowed to do a deep dive into the party's financial situation and balance the budget. Speaking to reporters after his election, Anderson said he would order an audit and make public a financial report within 30 days.

Rob Anderson, the newly elected chairman of the Utah GOP, speaks to delegates at the state convention on May 20, 2017. (Photo by Ben Winslow, FOX 13 News)

Speaking to the delegates after his loss, Evans acknowledged challenges for the party but urged them to unite.

"Unite behind our new chair, Rob Anderson, so we can continue to be a successful party," he said.

The Utah Republican Party had 2,210 delegates at the South Towne Expo Center to hear from elected officials and pick new leaders. Members of Utah's congressional delegation took a few shots at Hillary Clinton and said they were glad she's not president, but made very little mention of President Trump.

"How much of what the modern press reports is simply not true. Having said that, the president makes it harder for us sometimes," Congressman Chris Stewart told the crowd. "I wish he wouldn't do that."

Sen. Orrin Hatch received a videotaped introduction from Vice-President Mike Pence, who praised his work in getting the Bears Ears National Monument reviewed.

Delegates gave a standing ovation to Congressman Jason Chaffetz, who is leaving office June 30 to spend more time with his family.

"I just, simply from the bottom of my heart, want to say thank you," he said, choking back tears.

The party also set a special caucus on June 17 at Timpview High to replace him. At Saturday's convention, some of the candidates seeking the Third Congressional District seat had booths set up and were actively campaigning.