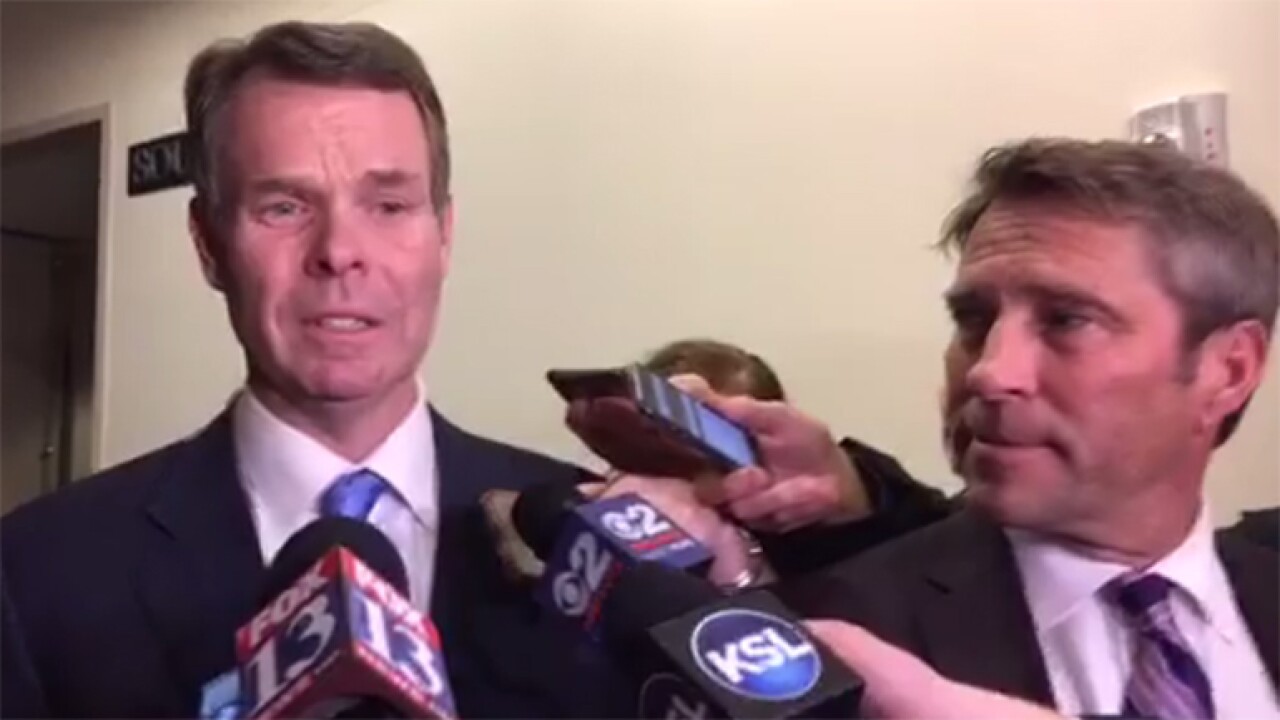 SALT LAKE CITY — Former Utah Attorney General John Swallow was found not guilty Thursday in a trial that was the culmination of one of the biggest political scandals in state history.

Here are some of the reactions to Thursday’s verdict:

John Swallow and defense:
(Please wait a moment for the embedded video to load.)

Today’s verdict concludes years of work by many dedicated professionals in many separate and intersecting investigations.   Today’s verdict is the product of an honorable process, in which every accused individual is presumed innocent until proven otherwise.  And today’s verdict, while disappointing to some, is proof that our judicial system works.

This was a complex, difficult case.  In some cases, jurors are asked to make simple assessments akin to black versus white.  In other cases, however, jurors are asked to consider matters involving various shades of gray, where the right answer may be difficult to find but where prosecutors must nonetheless find their probable cause and follow the facts to wherever they lead.   This case fell squarely into the latter category.
We presented our evidence and made our arguments in a court of law, despite the many impediments placed in our path.  As a result, this important matter was heard in the public forum of our State Court system, a verdict was rendered by eight citizens of this State, and the defendant was found not guilty.  That is how our system works, and here it worked just as it should.  No matter the outcome, then, we succeeded in doing our job.

I want to thank the prosecution team of Chou Chou Collins, Fred Burmester, and Sam Sutton, as well as our fantastic support staff and the investigative teams from the FBI.  Throughout it all, they maintained their professionalism and focus, and in that respect aided and allowed the judicial process to play out fairly and publicly as it must.

I just spoke to @MarkShurtleff about the #JohnSwallow verdict. This is what he had to say… @fox13 #utpol pic.twitter.com/20BfC4WAZR

Governor Gary Herbert’s office said he had no comment on the verdict.

“Predictable to any prosecutor who bothered to assess the evidence with an objective view and who was not controlled by the United States Department of Justice.

In addition to having his rights violated, Mark Shurtleff would have absolutely been acquitted as well.

It’s not simply about taking a case to trial so the public can see it as Mr. Gill has maintained. The process is actually about vetting the evidence, understanding the constitutional issues and getting it right.

Congratulations to Mr. Swallow and his defense team. Their significant legal bill will now be paid by the State of Utah Attorney General’s office.

May Mr. Swallow and his family try to put their life back together as Mark Shurtleff is attempting to do.”

.@seanreyesag statement on #JohnSwallow verdict. He lost to Swallow (and replaced him when Swallow resigned). @fox13 #utpol pic.twitter.com/fq3Nth5Ssa

UPDATE: @GHughes51's office sent me this statement (via his chief of staff) on John Swallow verdict. @fox13 #utpol pic.twitter.com/utXS1pUXyd