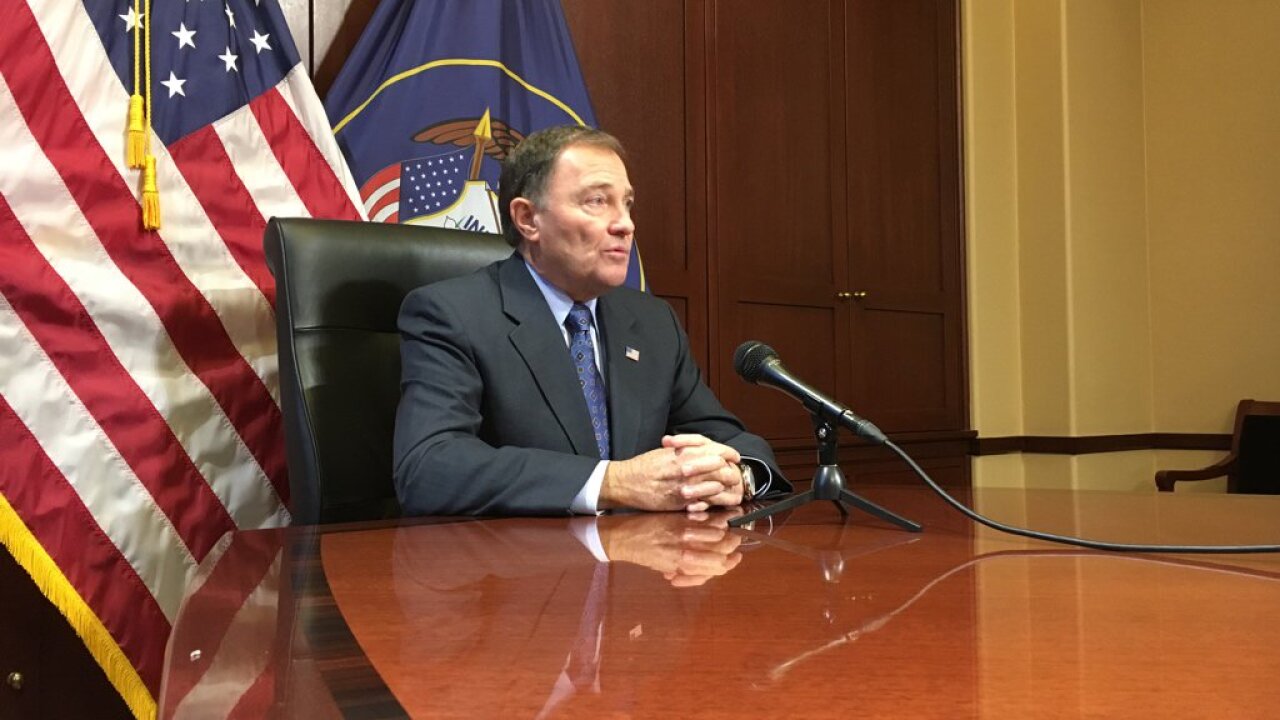 The governor’s office announced late Friday that he had signed House Concurrent Resolution 12, which seeks to shrink the footprint of the 20-year-old monument. In a written statement, Gov. Herbert criticized the monument created by President Bill Clinton in 1996 as an abuse of the Antiquities Act.

“We must keep the vast size of this monument in perspective. Consider that the combined acreage of Utah’s ‘Mighty Five’ National Parks totals 840,589 acres. The total area protected by Grand Staircase-Escalante is more than two-times the size of our national parks combined,” the governor said in the statement.

“I am not opposed to the use of the Antiquities Act, but I am opposed to its abuse. It was this abuse of the act that compelled Gov. Mike Leavitt in 1997 to sign a concurrent resolution opposing the monument; it is what spurred the Utah Legislature to pass a similar joint resolution in 1998; and it is what motivated me to sign a concurrent resolution just two years ago expressing the need for congressional legislation to improve the Antiquities Act to include public participation when creating new national monuments.”

Gov. Herbert previously signed a resolution in the Utah State Legislature asking President Trump to rescind the Bears Ears National Monument, which was created by President Barack Obama. That resolution was cited as one of many reasons why Utah has lost the massive Outdoor Retailer trade show.

On Friday, Senate President Wayne Niederhauser, R-Sandy, expressed some sadness that Outdoor Retailer was leaving — but stuck with the resolution he co-sponsored.

“I’m very sad. I’m very fond of the Outdoor Retailer show, I’m a big outdoors person,” he told reporters. “I understand why they feel some angst over that, but we just would invite them to continue to stay and be part of this process.”