Family of LaVoy Finicum releases statement; funeral to be held in Kanab February 5 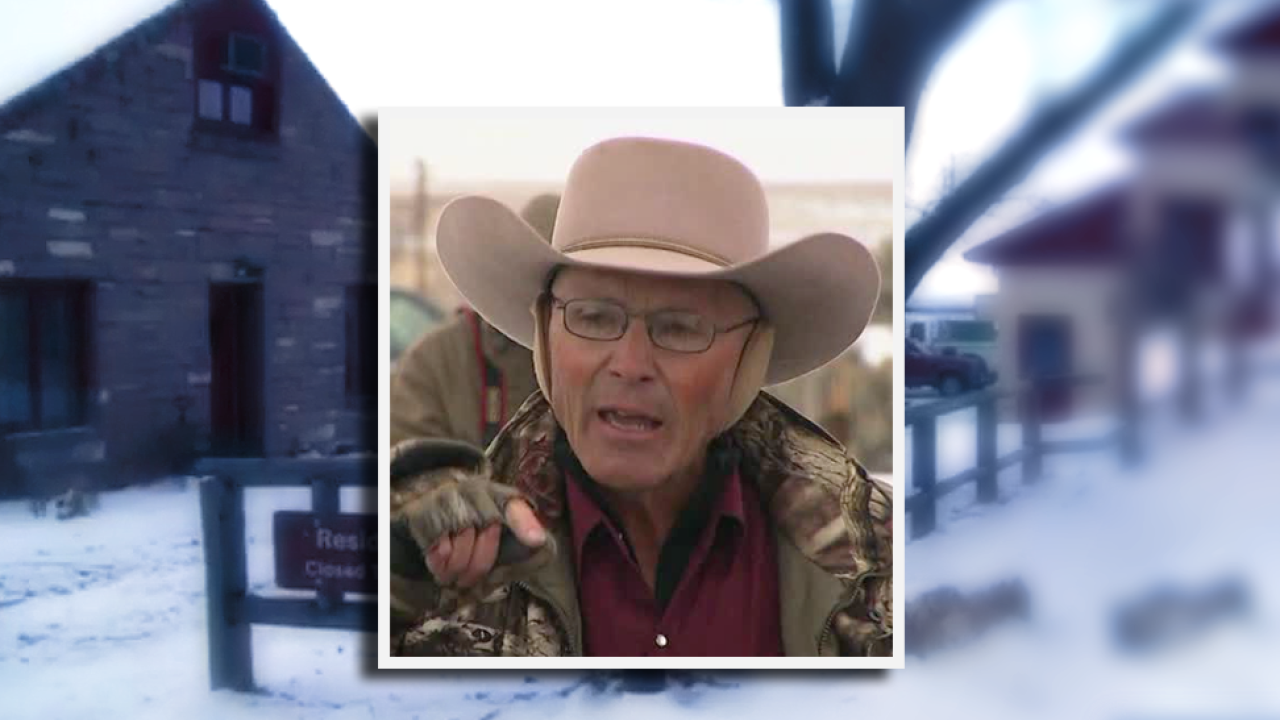 KANAB, Utah -- The day after the FBI released footage from an incident in Oregon that ended with the death of protester LaVoy Finicum, the man's family has released a statement saying they don't believe the fatal shooting was justified.

The nearly three-page statement from the family opens by saying "We know that there are always at least two sides to every story. We also know and recognize that the FBI and law enforcement agencies involved will do everything in their power to make it appear as if the needless death of our husband, father, grandfather, brother and son, LaVoy Finicum, was justified."

The family states they believe the standoff at the Malheur National Wildlife Refuge was on track for a peaceful resolution and that the authorities should have been more patient rather than seeking a confrontation.

As to the video, the family states they believe Finicum was moving away from the vehicle to "draw any hostility or violence away from the others" when he was shot.

They further state he was not holding a weapon and said from their view it appeared he was gesturing or trying to keep his balance, not trying to reach for a gun in a pocket.

The family’s attorney, Todd McFarlane, spoke to FOX 13 on the phone Friday night.

“I would have to see a lot better, clearer, slow motion, blown up version, to be in a position to say that it looked like to me that he was going for something in his pocket or on his hip," McFarlane said.

FBI Special Agent in Charge for Oregon, Greg Bretzing, said in a statement of that portion of the video: "On at least two occasions, Finicum reaches his right hand toward a pocket on the left inside portion of his jacket. He did have a loaded 9 mm semi-automatic handgun in that pocket."

Finicum's family said they are not "accepting at face value" the FBI's statement Finicum was armed, but they state even if he was armed they don't think he was posing a threat through is actions.

McFarlane said: “Why would he put his hand down there and then raise his hand again? I would be more inclined to say that he was moving around, using his hands and arms again gesturing, and trying to keep his balance."

Finicum was shot by an OSP trooper, and 30 seconds after that, law enforcement, according to Bretzing, deployed "flash bangs to disorient any other armed occupants. Shortly after that, they deployed less-lethal sponge projectiles with OC capsules. Those OC capsules would be similar to pepper spray."

The family goes on to offer their interpretation of the legality of the FBI and Oregon State Police's actions, citing Supreme Court precedent, and they claim their loved one was left lying in the snow as agents "terrorized" the others in the vehicle that had crashed while avoiding a police road block.

The FBI states they offered medical aid about 10 minutes after the shooting, and once they were confident "they had addressed any further threats."

They Finicum family states they are, "deeply troubled that our governments would view whatever was happening at the Malheur Wildlife Refuge to be worth spilling blood over."

McFarlane says the family is focusing on burying their loved one, but he said they have been approached by several high power lawyers who have seen the video and want to take on this case.

The full statement from the family can be read in the embedded PDF below:

Funeral services for LaVoy Finicum will be held Friday, February 5 in Kanab, Utah, according to the statement. Kanab is located about 40 miles from Finicum's home town of Cane Beds, Arizona.

According to a Facebook post on "LaVoy Finicum's Stand for Freedom", the funeral will be at a church house at 1436 S. McAllister Drive with visitation from 11 a.m. to 2 p.m. and a service from 2:30 p.m. to 4:00 p.m. The post states all are invited to pay their respects.