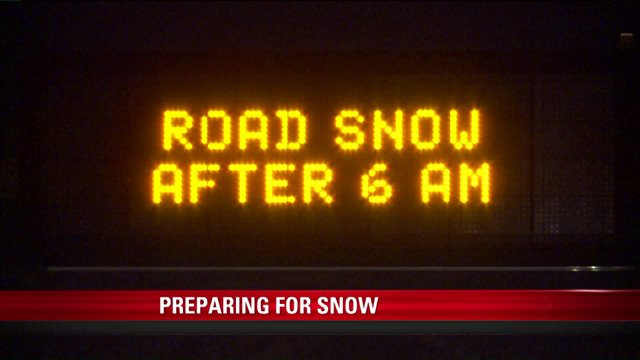 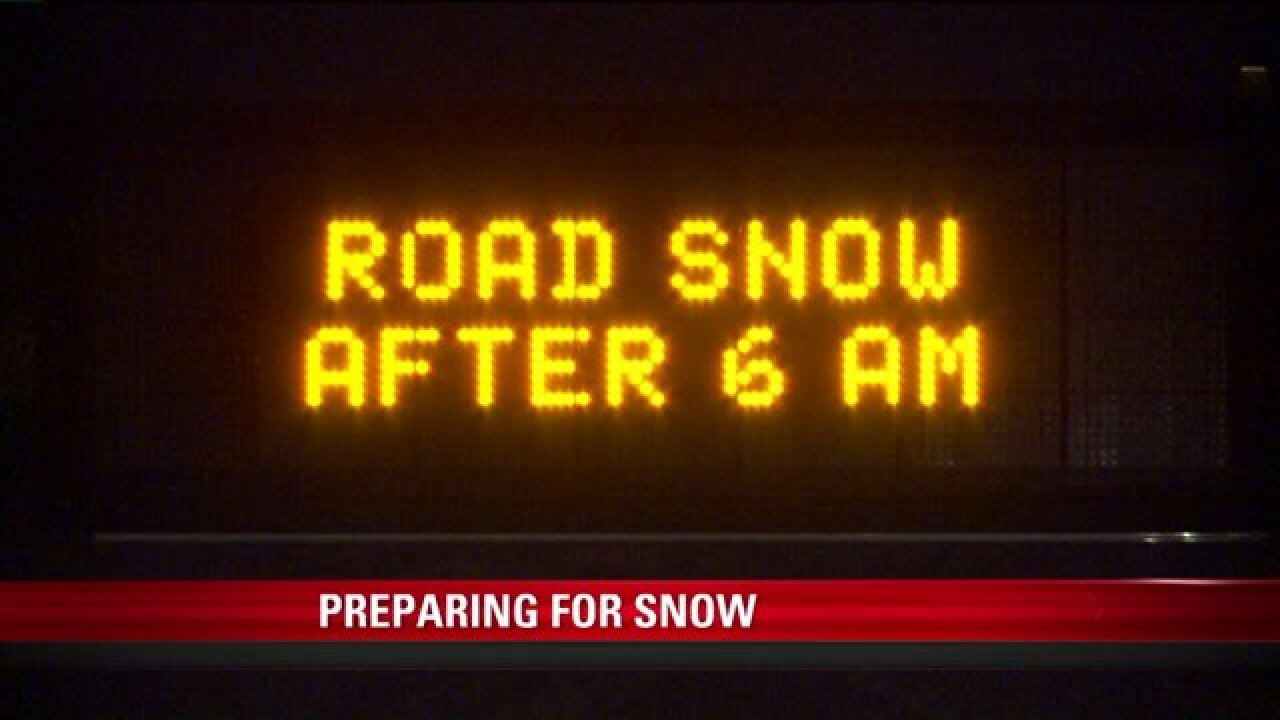 SALT LAKE CITY -- Winter storm warnings and winter weather advisories are in effect for much of Utah Sunday, and the snowfall that is expected to begin arriving Sunday night will persist through Tuesday, with UDOT saying the two-day storm will bring icy conditions and create the first major test of the season for drivers across the Beehive State.

Tune in to FOX 13 News at Nine Sunday for the latest on the developing weather forecast, and stay ahead of the weather on the go with FOX 13's weather apps.

According to the National Weather Service in Salt Lake City, the storms will begin Sunday night and continue into Monday and through into Tuesday evening. A graphic posted by the NWS states mountains in northern Utah will see between 10 and 20 inches of snow while the valley floors and benches will see lesser amounts. See the graphic below for snow forecasts by area.

Curious how much snow to expect across Utah Mon thru Tues evening? Check out the graphic for totals #utwx #utsnow pic.twitter.com/EPW1Zw0T2H

The Utah Department of Transportation said they expect winter conditions on roads throughout the majority Utah. UDOT has not been able to do any pre-treatments for roads Sunday night because it is expected rain will precede the snow, and the rain would wash away any pre-treatments they put down.

Instead, UDOT plans to have snowplows and crews out in full force Monday morning.

"Yeah, this is a major, statewide storm," UDOT Spokesman John Gleason said. "It's expected to last two days, so our crews will be out in force, and we're going to be plowing until we see black pavement."

Gleason said prior storms this season haven't had as big of an impact as they expected.

"A few of the other storms that we've had this season have looked like maybe they were going to deliver snow, but they've kind of petered out, so this is really our first major test for drivers across the state," Gleason said. "And we're asking everybody to plan ahead and leave early tomorrow morning and really focus on safe driving over the next few days."

Gleason said they urge motorists to drive slowly and to use caution.

An earlier tweet from the NWS says the snow will affect Monday morning commutes along the Wasatch Front, and snow is also possible in southern Utah Monday and Tuesday.

Winter Storm remains on track to make Monday AM commute a messy one. Stay up to date w/us & @UDOTTRAFFIC #utwx pic.twitter.com/lLQiGxfEI1

Click here to track the storms with our interactive maps and radar, and a full list of weather advisories is available here.