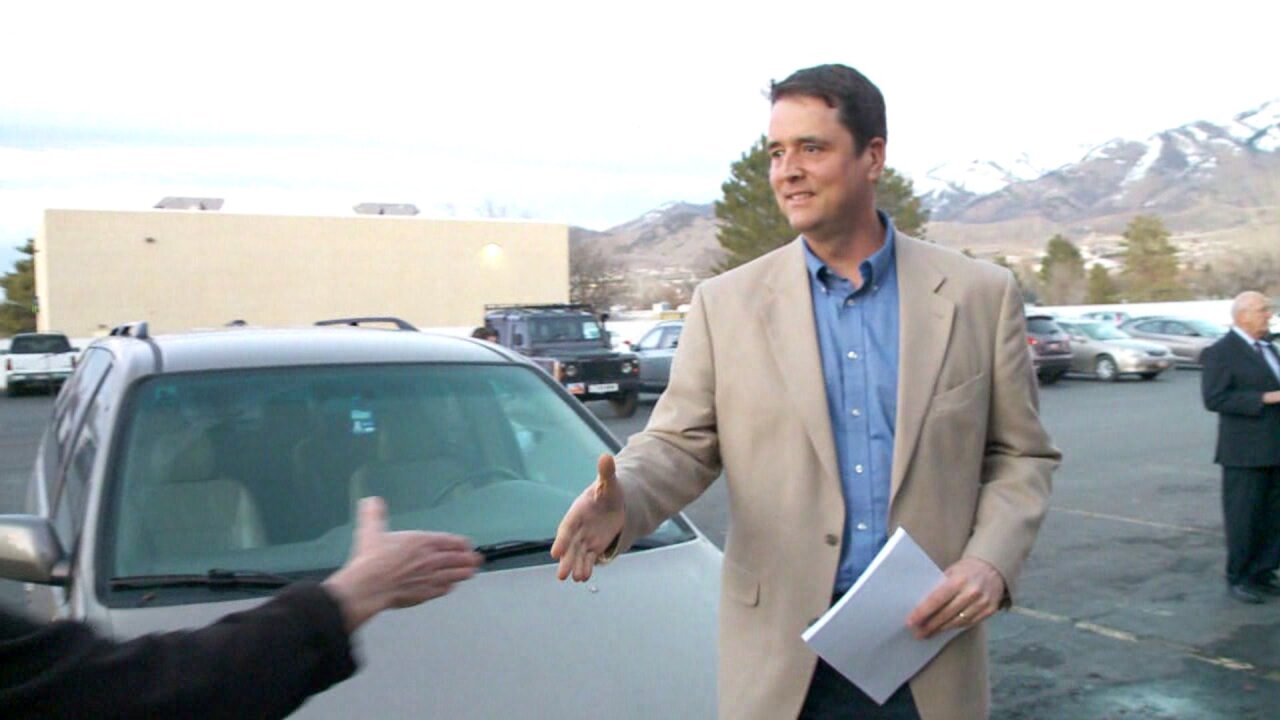 NORTH LOGAN, Utah – The Church of Jesus Christ of Latter-day Saints has confirmed Mormon blogger John Dehlin, the man behind the “Mormon Stories” podcast, has been excommunicated for “apostasy.”

According to the LDS church, he was excommunicated for “conduct contrary to the laws and order of the church.”

Church leaders said Dehlin is welcome to question teachings of the church however, he cannot do it and be a member in good standing.

John Dehlin entered his disciplinary council hearing around 6 p.m. Sunday but no decision was announced until Tuesday morning.

While he was inside, hundreds of people waited outside while lighting candles and singing in support Sunday.

LDS church Stake President Bryan King, the local LDS church congregation leader presiding over the hearing, said he decided to pray and wait a day or two before making a decision regarding John Dehlin.

“Our goal has always been to encourage an open discussion, to provide support to those who are suffering,” Dehlin said Sunday, as he entered the church prior to the hearing.

Dehlin was facing excommunication for a number of reasons, including his public support of same-sex marriage, the LGBT community and the Ordain Women movement, as well as his decade long podcast, “Mormon Stories,” in which these types of controversial issues are discussed.

“He is a great support for those of us that have questions about the church, who don’t like the way they treated gays and women and equality issues,” supporter Zan Burningham said.

“I don’t think of myself as a victim here, I knew when I bought that first microphone and recorded that first episode that this was probable if not a likely outcome,” Dehlin said.

Some people say, in many ways, Dehlin is taking the fall for thousands of supporters who feel the same way but don’t have the courage to publicize it.

“I feel that it’s really important that we don’t stop people from speaking what they believe and what their truth is, it’s important to me that my girls know that when people are being silenced we aren’t quiet,” supporter Mary Danzig said.

Before the disciplinary hearing, the LDS church addressed the supporters and delivered a statement.

“We welcome you here on church property, we appreciate your orderliness and respect,” James Jenkins said, Spokesperson for North Logan Utah Stake of the LDS church. “We request that you respect the sacredness of this property and these proceedings.”

There is no timetable for these types of hearings. Kate Kelly’s excommunication hearing took two days.