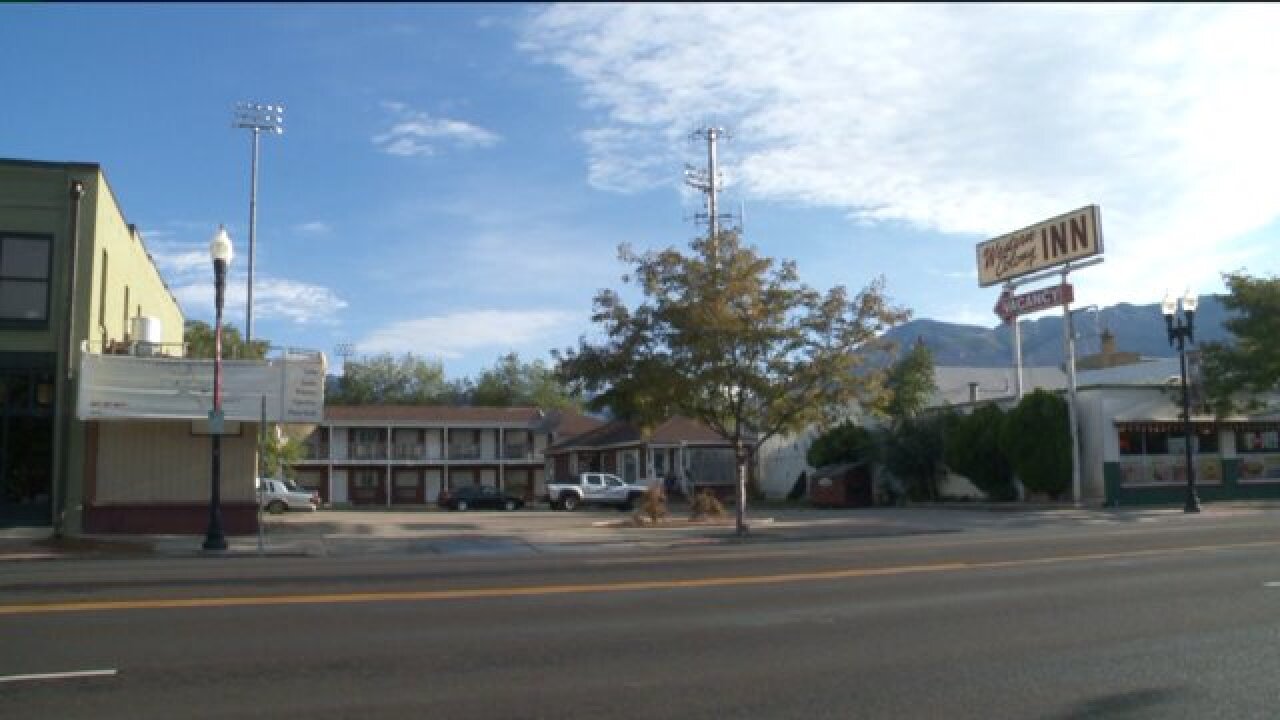 The mother, 26-year-old Kaci Rupert, said she trusted her boyfriend to watch her three kids while she was working and saving money for a new apartment for the couple.

Rupert spoke with her boyfriend around the time of his arrest but said she couldn't bring herself to ask specifics of what happened.

"I don't know if I can cope with it yet, if I'm really there, it's kind of sinking in," Rupert said.

She knew something was wrong after her boyfriend, Adam Barney, called her at work.

"He called and said she wasn't waking up from her nap," Rupert said.

Barney was the one who called 911. Police responded to the Western Colony Inn where the couple lived with Rupert's three kids.

When police arrived, they quickly realized the baby was dead.

"After interviewing with him he confessed to striking the child several times and squeezing the child and causing significant injuries to the child," said Ogden police Lt. Danielle Croyle.

But the mother believes the death could’ve been an accident.

"When I talked to him I said, ‘I know you're better than this,’ and he said he's gonna do time because whatever the method that happened he wants to do time for it, like a man he said," Rupert added.

When the next-door neighbor saw the child three weeks ago, “the baby turned this way and had a big bruise on the side of its face. Babies are babies, I just figured maybe it fell," said neighbor Ty Rogers.

Rogers said he never heard fighting or saw violence at the room next door and the family who owns a restaurant next to the motel said Barney cared for Rupert's daughter and two sons daily for weeks and they appeared happy.

"It was a surprise for us to see the police and everything because I saw the guy between 1 or 2 walking by to the restaurant with the two kids but not the little girl," said Angelica Madrigal with Patricia's Restaurant.

"I needed someone I could trust and I didn't see this coming, no warning signs. The children always told me he was fun, they were happy, he was great to be around."

Rupert said she left the children’s father to keep her kids safe after talks with child protective services. Now, her two sons are in protective custody and ironically, the boyfriend she was trying to start a new life with is behind bars, facing a child abuse homicide charge.

Meanwhile, police are still waiting on autopsy results to confirm what caused the child’s death.