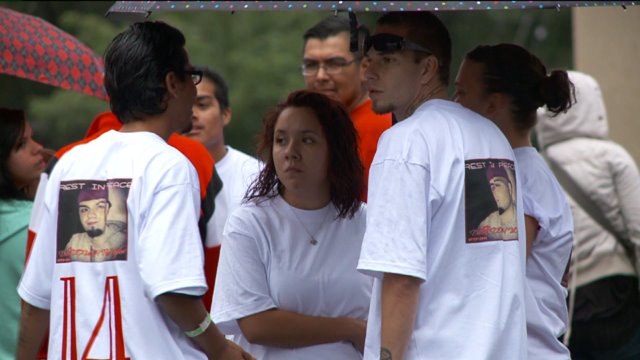 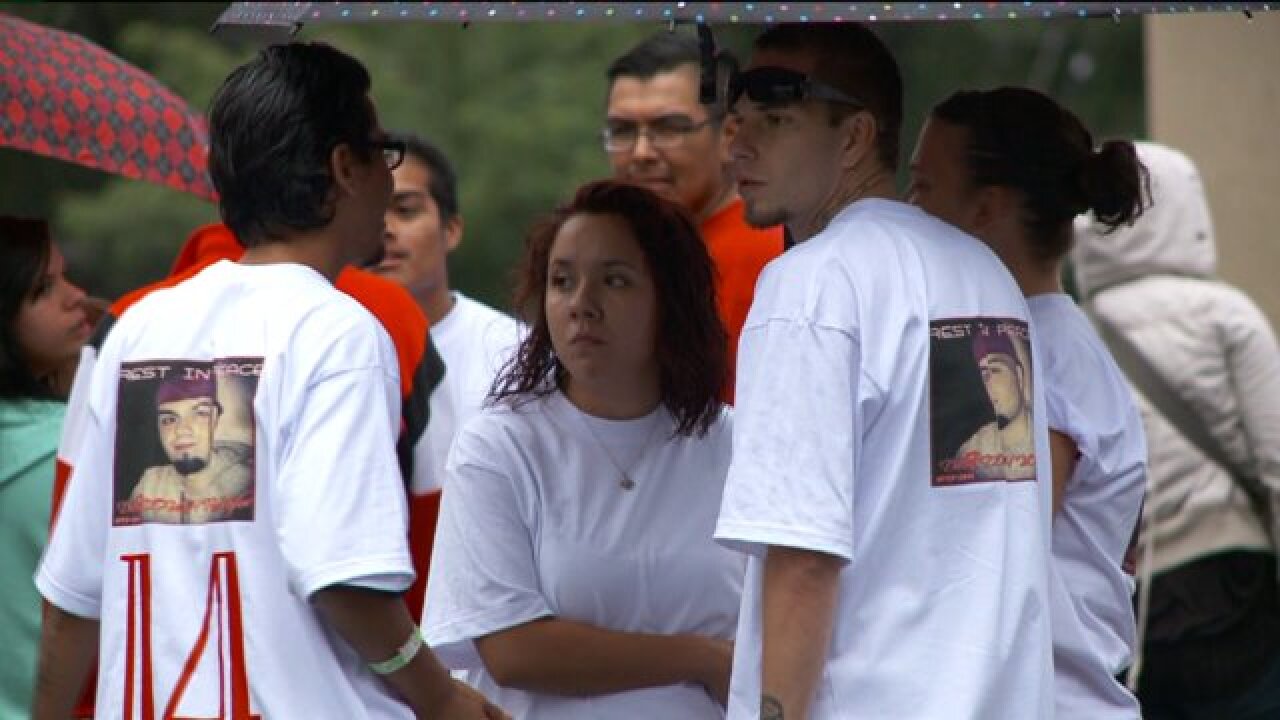 SALT LAKE CITY -- Friends of a 20-year-old shot and killed by police flocked to a Salt Lake City 7-11 Tuesday night for a vigil.

Dillon Taylor was with his brother and cousin Monday night and relatives say no one, including Taylor, was armed when the trio encountered Salt Lake City police.

Wearing T-shirts saying "RIP" and holding flowers and balloons, more than 70 friends paid their respects to Taylor behind the 7-11 convenience store at 2100 South and State Street.

"He didn't have no gun, it's police brutality and we need to do something to stop this," said Chris Gavaldon.

"We walked out of the 7-11 and next thing we know we're being ambushed by the Salt Lake Police Department," said Jerrail Tanner, the victim's brother.

"Officers were looking in that area for a man with a gun, according to the 911 call," said Sgt. Darin Sweeten, South Salt Lake Police Department.

It's unclear if Taylor was their suspect but he matched the description, police say. When the officers confronted the trio, they say two of them complied but Taylor walked away, listening to music on headphones. That's when police shot and killed Taylor. It's unclear what prompted the gunfire or whether Taylor reached for something. Investigators haven't said if the man was armed, but relatives who were with him say he wasn't.

"None of us even had anything. I believe he had a cellphone and it didn't even leave his pocket," Tanner said.

"I see him go to pull his pants up but he didn't go for anything else," said Adam Thayne, the victim's cousin.

"With this being a multi-agency investigation, you have the district attorney's investigators involved, it's just not something that we're ready to release," Sweeten said.

"They said they thought his phone was a gun is what they told my cousin but I don't even think he brought his phone out, his hands were empty," Thayne said

there are still a number of unknowns. Investigators aren't saying how many shots were fired or whether one officer pulled the trigger or all three.

The three officers are on paid administrative leave while South Salt Lake Police are in an unusual position, investigating a neighboring police agency. Salt Lake City Police Department will conduct an internal investigation and the district attorney will determine if he feels the shooting is justified or not.

In unsettling posts on Facebook just a few days before the shooting. He said his life hit rock bottom, that he was homeless and thought his life was coming to an end.