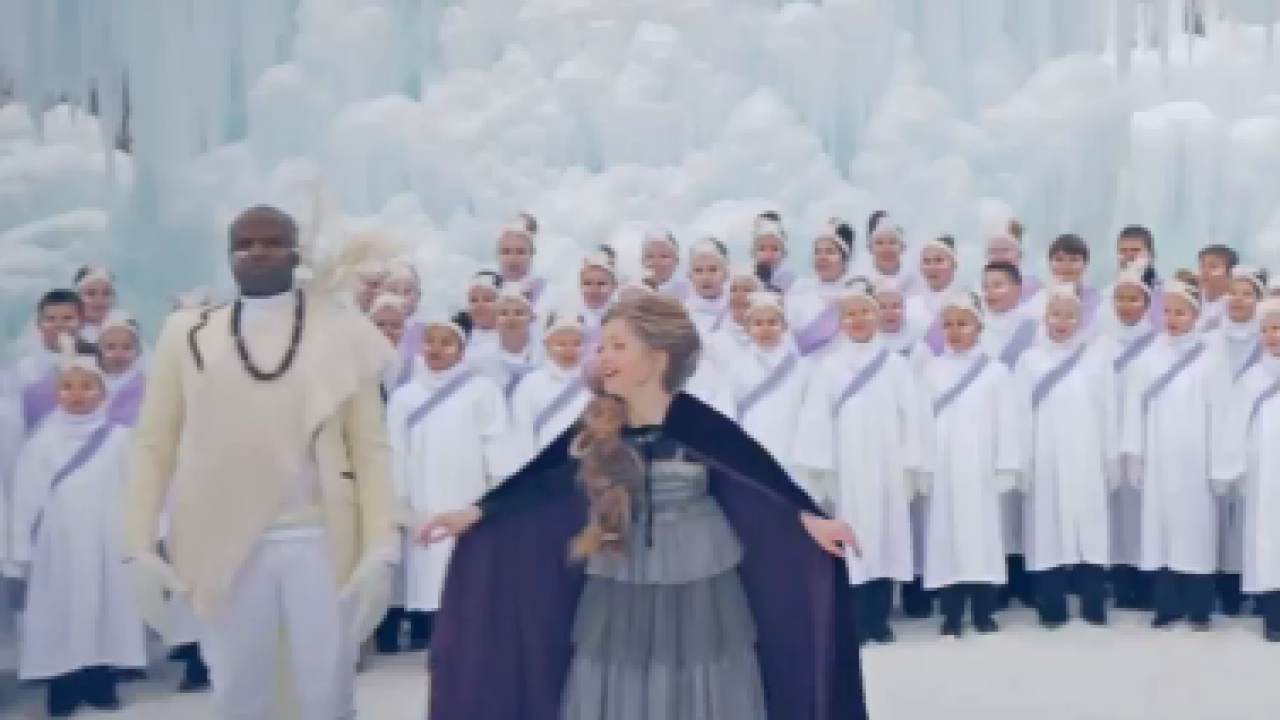 SANDY, Utah– Lexi Walker, of Sandy, became an internet sensation after wowing crowds during the national anthem at a Real Salt Lake game. She’s also performed at Temple Square and Stadium of Fire. Her latest project– starring in Alex Boyé’s remake of Frozen’s “Let It Go”– received around half a million views in its first day on YouTube.

The video was filmed in Utah at the Midway Ice Castle. It also features the One Voice Children’s Choir. According to their website, the choir consists of 120 children from around Salt Lake City.