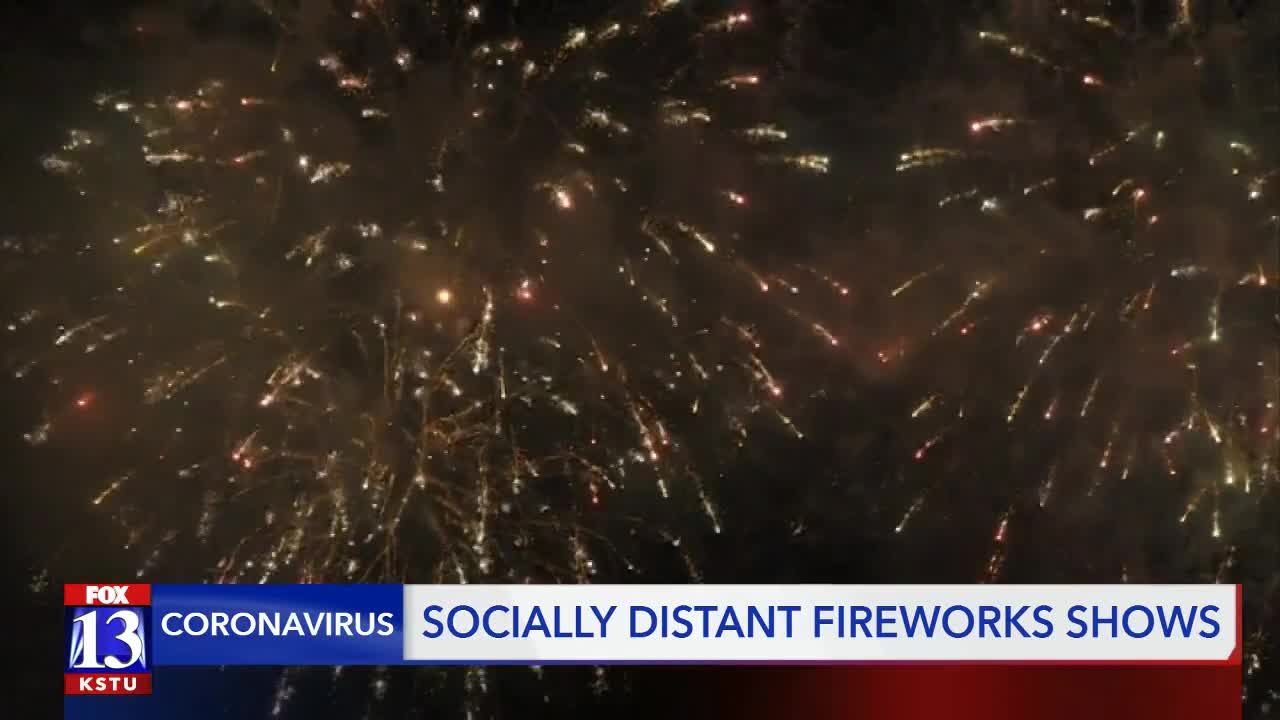 LOGAN, Utah — A lot of the big firework shows that can bring hundreds if not thousands of people together have been canceled.

In some communities though, neighbors decided they wanted to celebrate the Fourth of July in a big way.

Casper’s Ice Cream is celebrating the day they opened nearly a century ago, but don’t want to celebrate alone—especially after so much has been canceled in 2020.

“The community has supported us for 95 years and we need to give back,” said Keith Lawes, the Vice President of Casper’s Ice Cream.

Pulling together 50 other companies in Cache Valley, Lawes said they raised more than $100,000 to put on four firework shows.

From Richmond, to North Logan, Providence and Hyrum, fireworks will go off simultaneously so that wherever you are in the valley, you can watch.

“Everybody’s lives are in shambles it seems like," Lawes said. "So we felt like, let’s try and get some normalcy to this."

The synchronized show starts at 10 p.m. on Friday, July 3.

The Freedom Fire organization is doing something similar in Utah County.

Instead of the traditional Stadium of Fire concert, Jim Evans, the Freedom Festival Director, said they pulled money out of their reserves to put on a huge fireworks show in three separate locations.

“They’ll go in sequence from one to the other, perhaps the same color, sometimes a mixture of color,” said Evans. “It’s going to be a show that they’ve never seen before in Utah County.”

The show is to honor first responders and essential workers, said Evans, to celebrate freedom and to give hope.

“God, family, freedom and country,” said Evans. “There’s probably no year that I can think of that they would want to champion that than this year with all that’s gone on.”