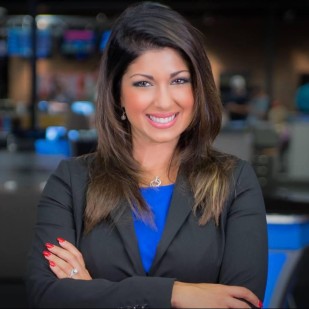 Nineveh Dinha is an Anchor for Fox 13’s Live at 4, Monday through Friday. She also reports for News at 9 in the evenings.

She began working for Fox 13 in 2007 as the 5 a.m. morning anchor and reporter for Good Day Utah. Three years later she moved up the ranks to become the station’s Weekend Evening Anchor and Reporter for Fox 13’s prime time newscasts. Nineveh now anchors the station’s newly launched Live at 4 p.m. She also continues to report for the evening news.

Nineveh started her career as an Anchor/Reporter in Arizona at KYMA, NBC 11 News. During her time in Yuma, Nineveh covered several stories that made national news including the Harrier Crash. The coverage won her an Edward R. Murrow award for Spot News. After two years of desert heat, she was ready for a change of scenery and weather.

Nineveh calls Utah home although she has roots everywhere. She was born in Sweden, but her ethnicity is Assyrian. Her parents named her Nineveh, after the ancient capital city of the Assyrian Empire. Most of her family now lives in Sweden, after escaping the regime in Iraq. Nineveh has also lived in Texas and California where she earned a degree in Broadcast Journalism from the California State University of Hayward.

During her time off Nineveh enjoys reading, writing, working out, cooking healthy recipes and spending quality time with her husband.